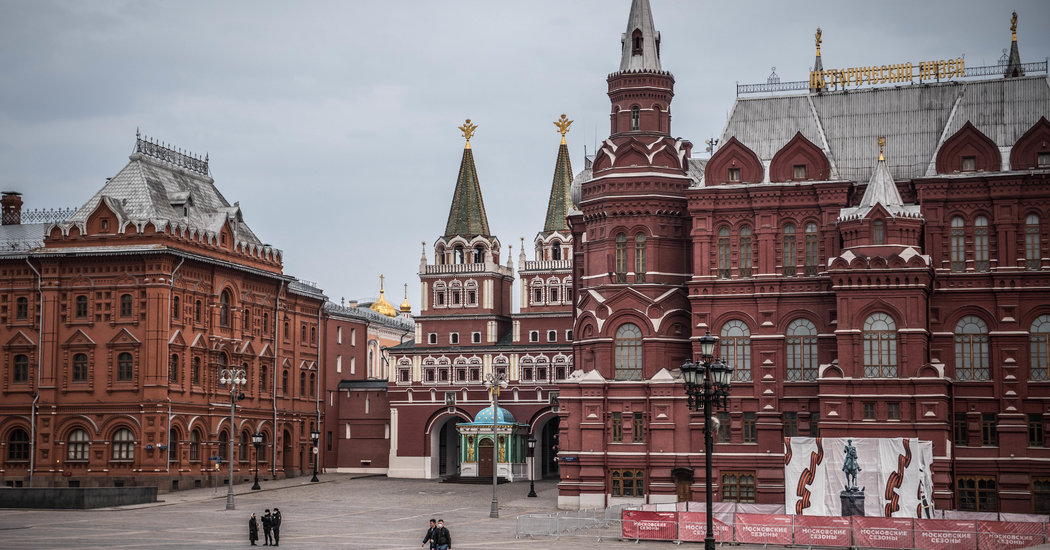 MOSCOW — The authorities in Moscow said on Friday that a surge in coronavirus cases here — still relatively few compared with New York, but increasing rapidly — had already pushed the city’s health care system to its limit.

Warning that the outbreak in the Russian capital was far from reaching its peak, Anastasia Rakova, a deputy mayor responsible for health, said that the number of people hospitalized with the illness related to the virus in Moscow had more than doubled over the past week to 6,500. Nearly half of those infected are under the age of 45.

The city’s mayor, Sergei Sobyanin, sounded a further alarm, saying that the virus “is gaining momentum” and that “the situation is becoming increasingly problematic.”

A flurry of bad news on Friday about the outbreak indicated that Russia, relatively spared until now from the ravages of the virus, has started on the same harrowing path taken weeks ago by hard hit countries like Italy and now the United States. This has dashed hopes in the Kremlin that its decision in late January to close Russia’s long border with China, the original source of the virus, and then limit travel from Europe had contained the outbreak.

President Vladimir V. Putin, who usually takes the lead with great fanfare in times of crisis, has mostly stayed in the background. He has retreated to his country residence outside Moscow, leaving Mr. Sobyanin, the mayor, and Russia’s prime minister, Mikhail Mishustin, to take the heat for a health crisis that now looks set to get far worse.

Ms. Rakova, the Moscow official, warned that the capital’s ambulance service and hospitals were now stretched to the limit. The virus has also started to wreak havoc in Russia’s vast hinterland, where the ramshackle health system seems to be contributing to the spread of the pathogen.

Hospitals in at least two regions are already overwhelmed by infected patients. In Syktyvkar, the capital of the Komi oil-producing region northeast of Moscow, the main hospital has more than 200 infected people, while scores of medical personnel and more than a thousand patients at a hospital in Ufa, 700 miles east of Moscow, have been ordered not to leave the premises after 170 people there tested positive.

Deviating from previous official assurances that Russia is well prepared for a possible crush of patients, the health minister, Mikhail Murashko, on Friday warned that the country’s health care services were now “experiencing stress regarding supplies,” including the supply of personal protection equipment and ventilators.

And with Mr. Putin having scored a propaganda coup recently by sending planeloads of such medical supplies to a variety of countries, including the United States, the reports of shortages could become a sore point.

With little good news to celebrate on earth, Mr. Putin on Friday spoke with Russian and American astronauts on board the international space station, congratulating them on their safe arrival in space aboard a Russian rocket launched on Thursday. Keeping his distance from the coronavirus crisis, Mr. Putin also chaired a teleconference about Russia’s aerospace industry.

Moscow reported 1,124 new cases of confirmed coronavirus infections on Friday, bringing the total in the city to 7,822, compared with more than 80,000 in New York City. The authorities in the Russian capital, which accounts for two-thirds of all cases in the country, last week ordered residents to stay at home except to buy food and medicine and to walk their dogs within 100 yards of their residence. But eager to avoid too much disruption to the economy, they have done little to enforce the restrictions.

Police cars drive around the city broadcasting a message appealing to “dear citizens” to stay indoors, and the mayor, Mr. Sobyanin, has made increasingly insistent calls for Muscovites to follow self-quarantine rules. On Friday, he warned that Moscow was still “somewhere at the base of the peak” and needed to prepare for “a serious test ahead.”

After weeks of debate about the accuracy of official figures, an official letter to Moscow hospital directors leaked online and seemed to support allegations by Kremlin critics that Russia’s relatively low coronavirus figures were not true. The letter, signed by the head of Moscow’s health department, Aleksei Khripun, acknowledged that testing had been compromised by a “very high number of false results” that masked the true extent of Covid-19.

Anastasia Vasilieva, the head of an independent doctors’ union, has accused the government of downplaying the number of cases by deliberately misclassifying Covid-19 as pneumonia. She was detained last week in what was seen as punishment for puncturing an official narrative that everything is under control.

But Russia’s health minister, Mr. Murashko, has himself since come close to acknowledging widespread misclassification. In an interview on state television, he said that patients with pneumonia will from now on be treated in the same way as those confirmed as having coronavirus.