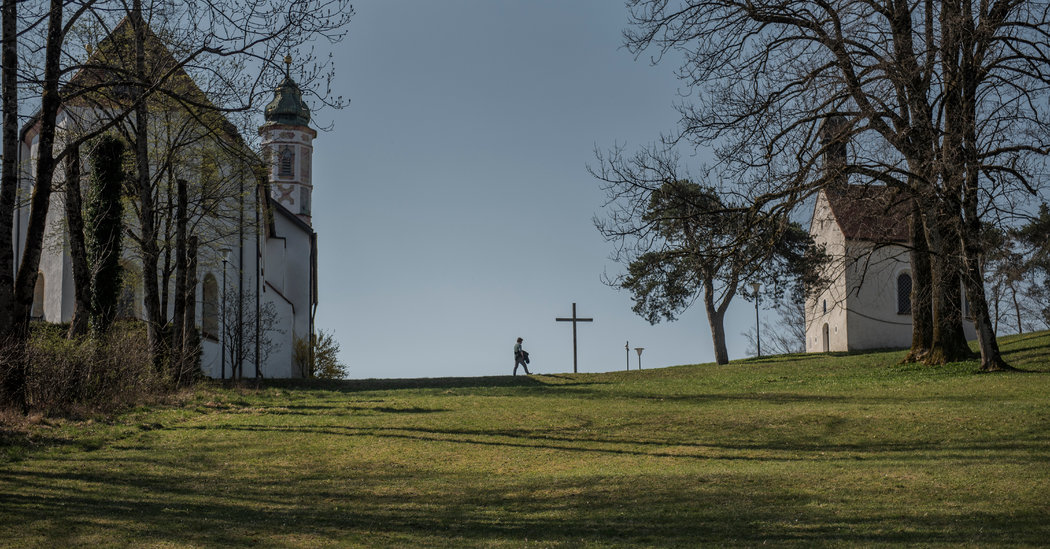 Pope Francis usually joins tens of thousands of faithful at Rome’s Colosseum for a traditional Good Friday procession that solemnly evokes the Stations of the Cross leading up to Christ’s crucifixion.

But on this Good Friday, like Christians all around the world, Francis is staying at home, where he will preside over a ceremony in front of an empty St. Peter’s Square.

The coronavirus pandemic is forcing Christians to forgo the usual processions and sacred church services. Instead, national lockdowns have relegated participation for the faithful to following along on television or livestreams.

In Jerusalem, few people stopped to kneel outside the often-packed Church of the Holy Sepulcher, built on the site where the faithful believe Jesus was crucified, buried and rose from the dead. In Spain, where deaths have surpassed 15,000, the elaborate platforms carrying religious statues in processions are gone, as are the crowds they typically draw.

In Paris, some faithful watched televised Masses from Notre-Dame Cathedral in their living rooms. The Evangelical Berlin Cathedral marked the day with empty pews and services posted to its Facebook page.

In the Philippines, the authorities canceled the procession of the centuries-old Black Nazarene statue of Jesus through Manila, although some faithful defied social distancing orders as they knelt on the way to its home in a church in the Quiapo district.

In Rome, Francis was presiding under a wooden crucifix that had been carried during the city’s 16th-century plague, visiting stations around the obelisk in the center of the square before ascending the steps of St. Peter’s Basilica.

Top prelates found special meaning in the fact that the weeks leading up to Easter Sunday had coincided with the outbreak of a virus that had transformed the world.

The days are a “time of penance but also the time of change, of conversion, of change of heart,” said Michael Czerny, a cardinal who is close to Francis. “He said that at the beginning of the season ‘we left the world we knew, and here we are now.’ ”