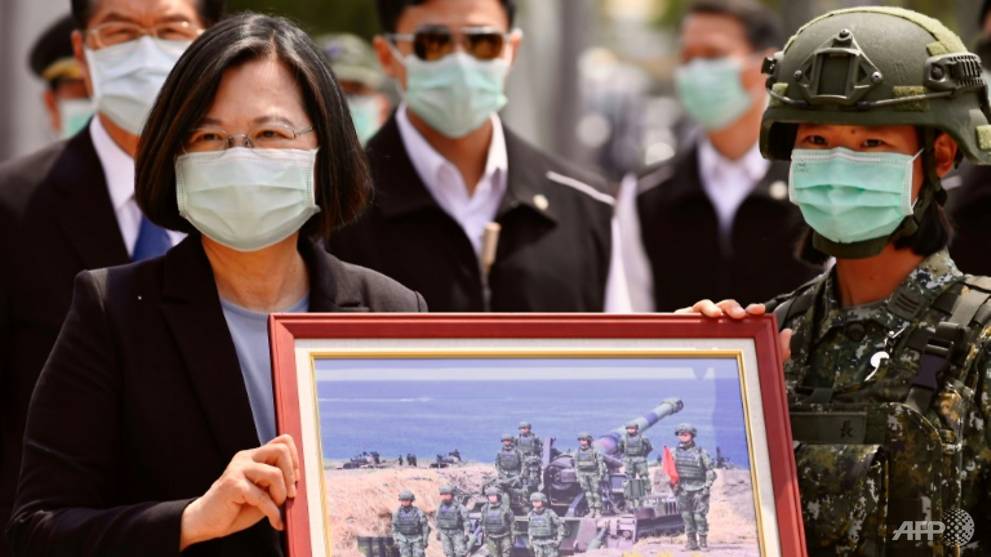 WASHINGTON: The United States on Thursday (Apr 9) accused the World Health Organization of putting politics first by ignoring Taiwanese warnings over China’s coronavirus outbreak, laying out its case against the UN body.

President Donald Trump has threatened to withhold US funding for the WHO, which is at the forefront of fighting the pandemic that has infected more than 1.5 million people worldwide.

Elaborating on Trump’s case, the State Department said the WHO was too late in sounding the alarm over COVID-19, showed too much deference to China and questioned why it did not pursue a lead from Taiwan.

READ: Trump says WHO is China-centric, ‘really blew it’ on coronavirus

The United States is “deeply disturbed that Taiwan’s information was withheld from the global health community, as reflected in the WHO’s Jan 14, 2020 statement that there was no indication of human-to-human transmission,” a State Department spokesperson said.

“The WHO once again chose politics over public health,” she said, criticising the WHO for denying Taiwan even observer status since 2016.

The WHO’s actions have “cost time and lives,” the spokesperson said.

Taiwan, which has succeeded in preventing a major outbreak despite its proximity and ties to China, warned the WHO on Dec 31 of human-to-human transmission, Vice President Chen Chien-Jen has said.

Chen, an epidemiologist, told the Financial Times that Taiwanese doctors had learned that colleagues in Wuhan, the Chinese metropolis and virus epicenter, were falling ill but that the WHO did not work to confirm the finding.

China considers Taiwan – a self-ruling democracy where the mainland’s defeated nationalists fled in 1949 – to be a province awaiting reunification and has sought to exclude it from all international organisations.

The State Department also took the WHO to task for initially faulting Trump’s ban on travellers from China, saying its position had “global consequences” in delaying action.

Much of the world has since followed the US lead in restricting travel despite the early criticism of Trump, for whom a tough line on immigration is a signature issue.

Critics say that Trump’s sudden threats against the WHO amount to a political ploy to find a foreign scapegoat as he comes under fire for not doing more to prepare for and control COVID-19, which has killed more than 14,800 people in the United States.

Trump himself said in January that the United States had the coronavirus “totally under control” and predicted it may go away in April as temperatures rise.

The WHO’s chief, Ethiopian doctor Tedros Adhanom Ghebreyesus, said on Wednesday he had been subjected to personal insults including racial slurs and singled out Taiwan, which demanded an apology.