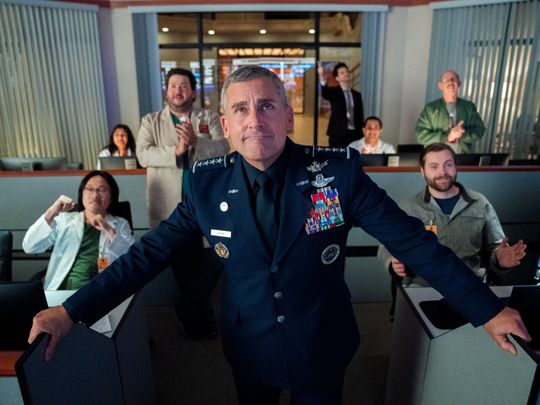 The comedy is co-created by ‘The Office’ fame Greg Daniels. Netflix also revealed that ‘Space Force’, one of the most anticipated scripted shows of 2020, will premiere on May 29.

The series is described as a workplace comedy revolving around the people tasked with creating a sixth branch of the armed services — Space Force. Several sources note that the idea for the project was sparked by US President Donald Trump’s June order to establish a space force as the sixth military branch.

Kudrow will recur in the series as Maggie Naird, the wife of Carell’s General Mark R. Naird. She is a Washington Air Force wife who has sublimated parts of herself to her husband’s career for two decades.

The show’s formal description reads: “A decorated pilot with dreams of running the Air Force, four-star General Mark R. Naird is thrown for a loop when he finds himself tapped to lead the newly formed sixth branch of the US Armed Forces: Space Force. Skeptical but dedicated, Mark uproots his family and moves to a remote base in Colorado where he and a colorful team of scientists and “Spacemen” are tasked by the White House with getting American boots on the moon (again) in a hurry and achieving total space dominance.”

Carell’s ‘The Office’ ranks as one of Netflix’s most-watched acquired series.