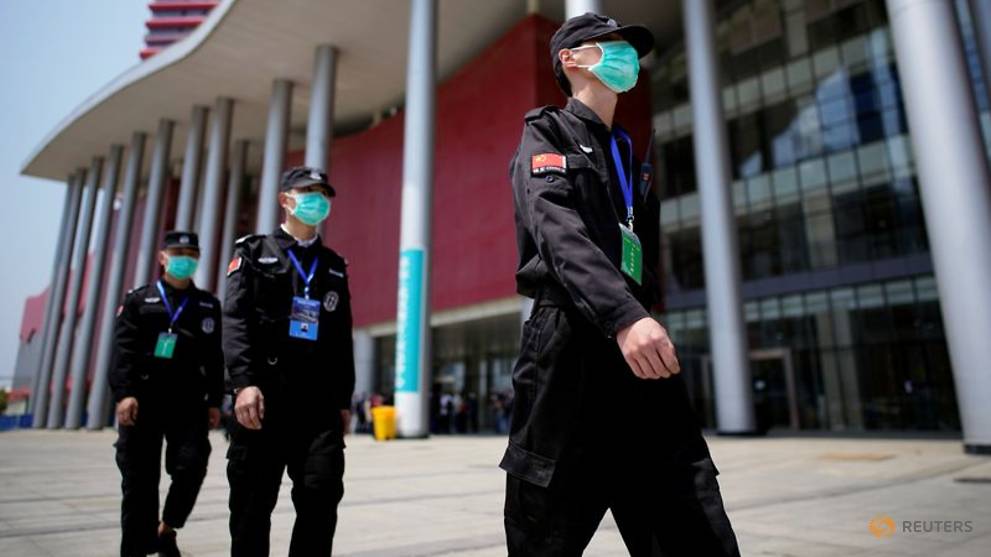 BEIJING: Driving to a factory in China’s southeastern province of Fujian to meet a friend, Ye Jing was stopped by a security guard soon after returning from two months of lockdown in Hubei, the province hardest hit by the coronavirus outbreak.

“His whole manner and actions changed,” the shoe factory manager said, after the guard spotted her Hubei licence plate and asked where she was from.

“He immediately went to put on gloves and distanced himself from me. And he wouldn’t let me in.”

Ye reassured the guard that she had tested negative for the virus, but he responded, “I don’t trust your test results.”

She added, then, “I really felt sadness in my heart.”

Ye is just one of many people from the central province who say they face fear and rejection after its capital of Wuhan lifted on Wednesday a lockdown against the virus that had stretched more than two months.

The move allowed those with a green health code, a QR code that contains their health information, to leave the city. Curbs elsewhere in Hubei were lifted late last month.

But since leaving, say many Hubei residents, they have faced discrimination in the job search.

“When they see I’m from Hubei, they immediately say sorry, or they directly say you’re not suitable,” said a 25-year-old from the province, who would give only her last name, Li.

She said she had sent her resume online to nearly 50 firms since mid-March, after a job offer fell through during the outbreak, which has spread globally since emerging in China last year to infect 1.4 million and kill 83,400 worldwide.

News reports and social media posts reveal many instances of stricter treatment for Hubei people, whether landlords who refuse to rent to them or tougher quarantine measures.

Li Guoqiang, a Hubei lawyer who offers free advice to those facing discrimination, said he understood employers’ concerns, given the potential impact if staff caught the virus.

“If there’s a single case in returning to work, then a whole company must stop,” Li said.

‘HUBEI PEOPLE ARE NOT A VIRUS’

Chinese state media have lauded people from Wuhan and Hubei as heroes. In late March, an anchor for state broadcaster CCTV hosted a segment urging people not to discriminate against those from Hubei but show them “kindness and understanding” instead.

“Hubei people are not a virus,” was the phrase around which CCTV built a social media campaign.

As more people leave Hubei and China’s economy returns to normal, many have recently become worried about the risk from “silent carriers”, or those who don’t show symptoms, cases that China only began reporting last week.

Ye Xiaotian, 25, who recently returned to the southern city of Xiamen from his hometown in Hubei said he waited 30 minutes to be interviewed for a job at an internet marketing firm, Xiamen Piaoxue Internet Technology Inc. on Apr 1.

Then he was told it was not accepting candidates from Hubei.

Xiamen requires a virus test for arrivals from Hubei, which Ye had done at a central facility that cleared him to go about his daily activities. But that was not enough to allay the fears of those worried about test accuracy.

“He didn’t tell us he was from Hubei,” said a man who described himself as a project leader at the firm.

“We would have told him immediately, don’t come here now,” the man, who gave his surname as Wang, told Reuters. “If he came after 14 days, it would be OK.”