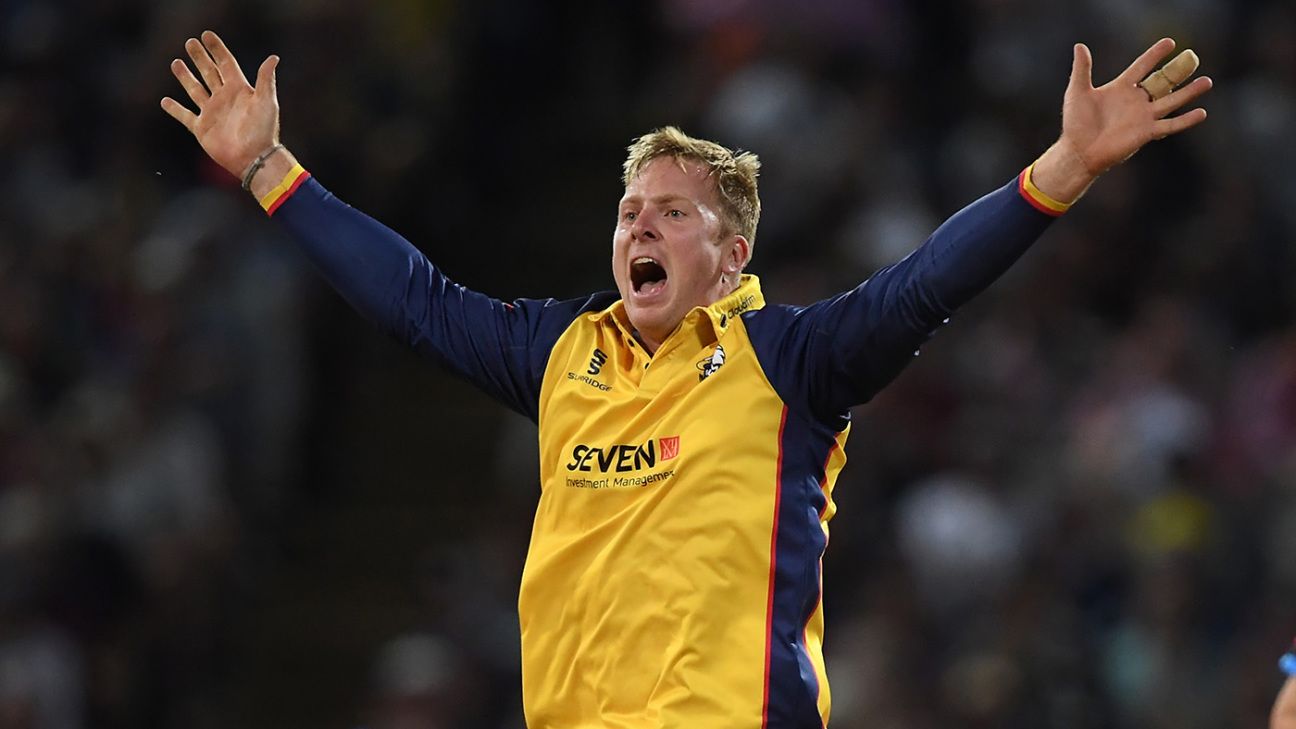 The loss of the Kolpak route into English cricket could be to the benefit of South Africa, although it would require CSA to build bridges with the players who have stepped away from the international set-up. That is the view of Simon Harmer, the offspinner who gave up on his South Africa career to join Essex in 2017 and has since flourished in county cricket, this week being named one of Wisden’s Five Cricketers of the Year for 2019.

Harmer, 31, has taken more than 200 first-class wickets in three seasons with Essex, helping them to two County Championship titles and also captaining the team to the T20 Blast trophy. And while Keshav Maharaj has performed well as South Africa’s first-choice spinner, the Test team has suffered a dip in form, losing each of their last three series – most recently a 3-1 home defeat to England.

The UK’s expected departure from the EU has clouded the issue of Kolpak status, however. Harmer is contracted to Essex until the end of the 2022 summer, but may have to feature as an overseas player from next year – something which would potentially allow for a South Africa comeback. Speaking to ESPNcricinfo for a forthcoming edition of the Switch Hit podcast, Harmer admitted he had not given up on the thought of playing international cricket again, but said it would require CSA to be “proactive” on the matter.

“There haven’t been any proactive discussions from Cricket South Africa’s side about what would happen,” he said. “And obviously, I don’t know how happy Essex would be if there was a three-month tour during the English summer, to just release me and be like, yep, you can go. So I think my main responsibility lies for the foreseeable future with Essex.

“I think there’d need to be a lot of discussions between Cricket South Africa and what they were willing to put on the table before I would consider that option but it’s still a long way off yet and a lot can change.”

Although there had been talk towards the end of last season about Harmer qualifying to play for England through residency, the complexities of the UK visa system have rendered that an unlikely outcome. Harmer’s tier five visa does not allow him indefinite leave to remain, meaning he cannot buy property in the UK, while his girlfriend is only able to visit during the summer on a six-month tourist visa.

“Can I rock up on day five at the MCG and spin a team out?”

“It started in the press, with people who didn’t really know how it all worked saying that I’d become England qualified in 2020, and was the plan? Or can we get him involved? So I think it’s all talk. The way that the visas are structured at the moment, the power lies with the ECB. All the Kolpak players are currently on a tier five visa, which means that you would have to be in the UK for 10 years before you could apply for indefinite leave to remain. There is the possibility of moving to a tier two visa but the ECB doesn’t want to explore that.

“English cricket has given me the opportunity to become a better person and a better player. So I would ultimately like to get a British passport and naturalised in the UK, especially for my future family. But there’s a lot of unanswered questions and a lot of dead ends at the moment. So I think in terms of playing for England, as far as I’m aware, that’s off the table for the foreseeable future.”

ALSO READ: ‘It’s about opportunity and security for Kolpaks – nothing to do with money’ – Harmer

Harmer, who was in South Africa during the southern summer playing in the Mzansi Super League, watched on as CSA went through significant restructuring – including appointing Graeme Smith as director of cricket and Mark Boucher as head coach of the men’s team – and suggests “they are starting to move in the right direction”. Repairing relations with players who have turned Kolpak, such as himself, Kyle Abbott, Duanne Olivier and numerous others, could be the next step.

“There’s a lot of bad blood towards the Kolpaks, and it would take I think, South Africans and perhaps Cricket South Africa to swallow their pride and seek for those players to return to the South African set-up,” he said. “There’s been a lot said in the press about the return of Kolpak players, but obviously the public perception still is not great.

As for a potential comeback, Harmer believes he would be better equipped for the challenge second time around, having taken 20 wickets in five Tests back in 2015. “I would have liked a bit more opportunity but perhaps that’s still going to come in international cricket – or not, I’m not sure,” he said. “I think Keshav Maharaj has done well, and taken his opportunity with both hands. So I’ve just got to sort of work harder and if the opportunity presents itself one day, make sure that I’m better prepared than I was in 2015.

“It’s more I want to see, can I do that? Can I rock up on day five at the MCG and spin a team out? Or am I not good enough to do that? Am I good enough to go to India? I’ve tried it once and failed. Can I deal with the pressures of international cricket? Do you know what I mean? It’s more about that, more unanswered questions.

“When I made my debut in 2015, it was international cricket, everything I aspired to, all my dreams, all my goals, they’ve been accomplished and I didn’t then reset my goals and reset the goalposts of where I wanted to go with that opportunity.

“I think I could have been more proactive … It’s something that I could have done better and I feel I’d be better prepared for now. Whether or not the opportunity comes, it’s my own fault if it doesn’t.”