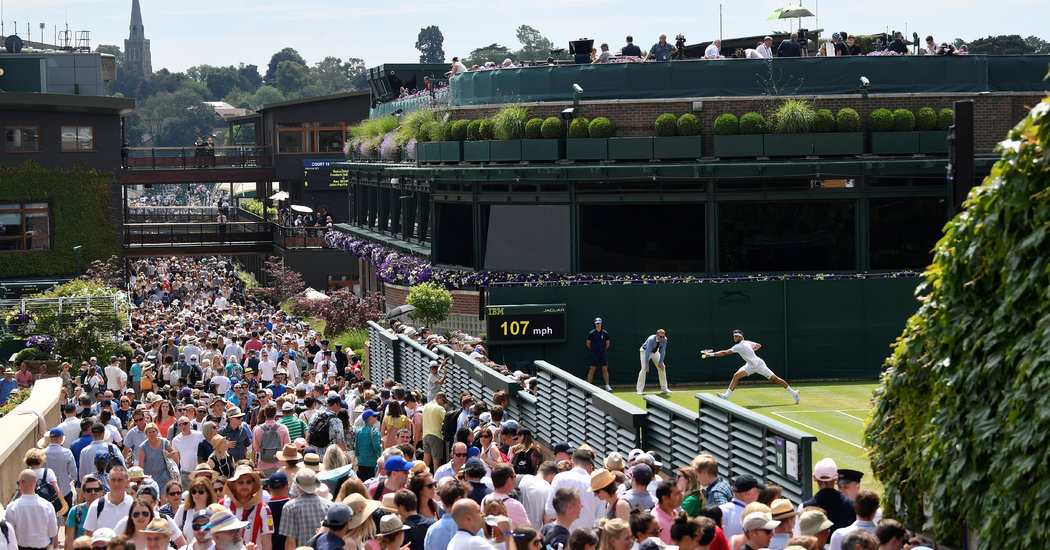 That is, of course, in part because minds are on the much more pressing concern of the soaring death tolls of the coronavirus pandemic; in part it is because, locked down and scared, few would have assumed those landmarks of summer were going to happen anyway. The shock of each new day, same as the old day, pounds the senses so that it seems even to distort time. Every day lasts a week, more. The day after Wimbledon had been canceled, the news felt like ancient history.

But the lack of sentiment is rooted, too, in the nature of stand-alone sporting events. Golf, tennis and motor sport all have significant, devoted followings for whom these are the highlights of the year, and to much of the public they are as much cultural occasions — like Glastonbury, like Edinburgh — as sporting ones. For most, those events are not consumed live, but remotely, from the comfort of a living room and are only engaged with in the moment.

The disappearance of those summer milestones contrasted with the disruption to soccer is instructive as to the role they play in the British national consciousness. For many, soccer is part of the background noise of daily life. It is not something to savor, to look forward to. It is, in normal times, just there.

In Britain, soccer sets the rhythm not of one season but of the week: Tuesday and Wednesday evenings in spring are Champions League nights; there is a twinge of excitement when the clock hits three on a Saturday, even if your team is not playing; Monday actually starts at 6:30 p.m. on a Sunday, when the final game of the weekend draws to a close.

Soccer is sport as soap opera and friend, as identity and addiction, and its absence is tangible: Something that was there is not here. Not just in terms of numbers — for 40 weeks of the year, millions reliably turn up in person to watch soccer of varying quality — but in terms of engagement. The absence of Wimbledon and the Open is, for now, hypothetical.

The season was suspended, indefinitely, on March 13; the leagues and clubs remain determined to finish it, at some point, but when that will be remains entirely unclear. It is different, of course, to be deprived of something that was underway and to lose something that was yet to start, but our interaction with soccer is different to our interaction with, say, Wimbledon.

That will change. Perhaps we will feel it immediately, in yawning days not filled; perhaps it will be a little later, when we realize something has been missed. That is the truest characteristic of the British summer, whenever it comes, however long it lasts: you notice it most when it is not there at all.