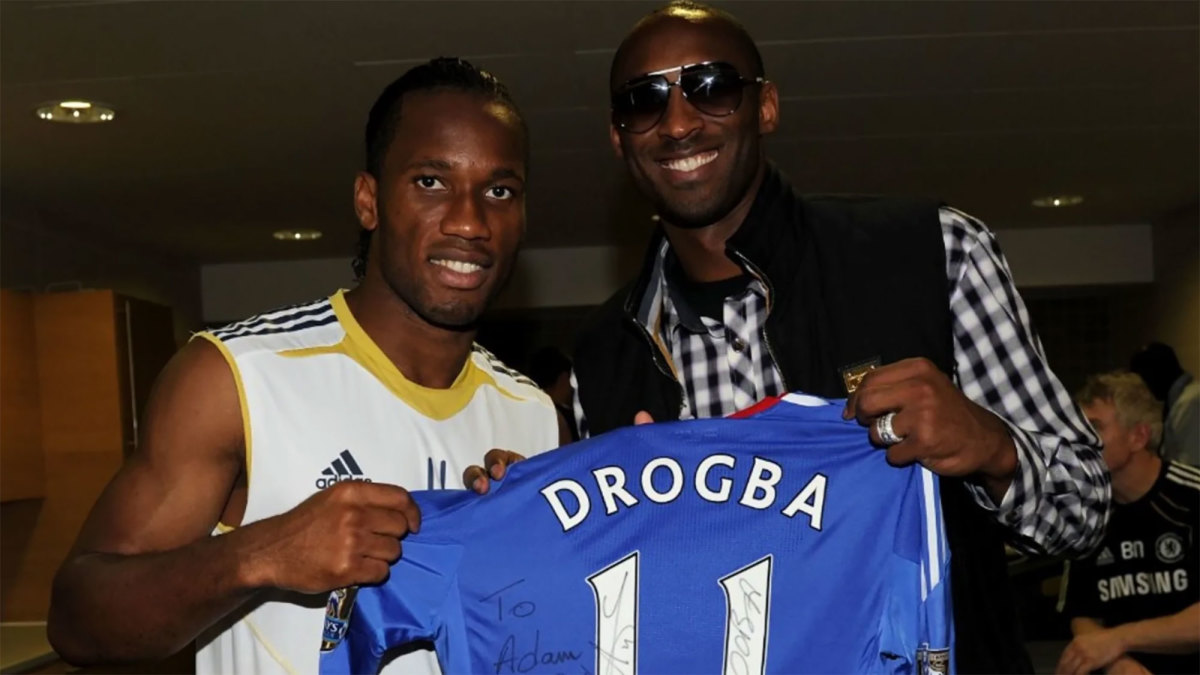 Ever since Kobe Bryant was killed in a fatal helicopter crash in late January, stories have emerged from all corners of the globe adding to the former NBA star’s legend. One such story came indirectly Thursday from, of all places, Chelsea.

The Premier League club passed along a tale from former Los Angeles Laker Adam Morrison, who was speaking to the Rejecting the Screen podcast about a special gift he received from Bryant: a game-worn, signed Didier Drogba Chelsea jersey. Morrison, evidently, has been a big Chelsea fan, and at a low point in his career, following his release from the Lakers in 2010, Bryant stepped up for him with a unique, personalized gift.

“I wasn’t playing obviously, career was in the s—, my personal life wasn’t great, I was really depressed,” Morrison said. “I was basically a hermit in my own house. I didn’t go out in the community at all, and if you did it was people asking you, ‘Why aren’t you playing?’ I was 26 at the time or whatever I was, No. 3 pick, just a really low point in my life, and I got a text from Robert Lara, the Lakers security and one of Kobe’s best friends. He said ‘Hey, what’s your address, I’ve got something in the mail for you.’

“I get the package, and it’s an autographed jersey from Didier Drogba, who is my favorite player, I’m a Chelsea fan. It was from Kobe. A game-worn jersey, signed, ‘Didier Drogba, To Adam, Best Wishes.’ I always thought Kobe made a phone call, which would be fine, still cool as s—, unbelievable.

“The night he passed, I’m scrolling through, reading everything, and I’m emotional, and on Chelsea’s Instagram page, it’s him with Didier Drogba holding up a jersey and it says ‘To Adam, Best Wishes.’ So he went up to my favorite player, got it signed for me without me even asking, and sent it to me when he knew I was low. It’s unbelievable. I still have the jersey. That’s what Kobe Bryant was. He’s just one of those dudes who understood his own aura and could sense when people were down.”