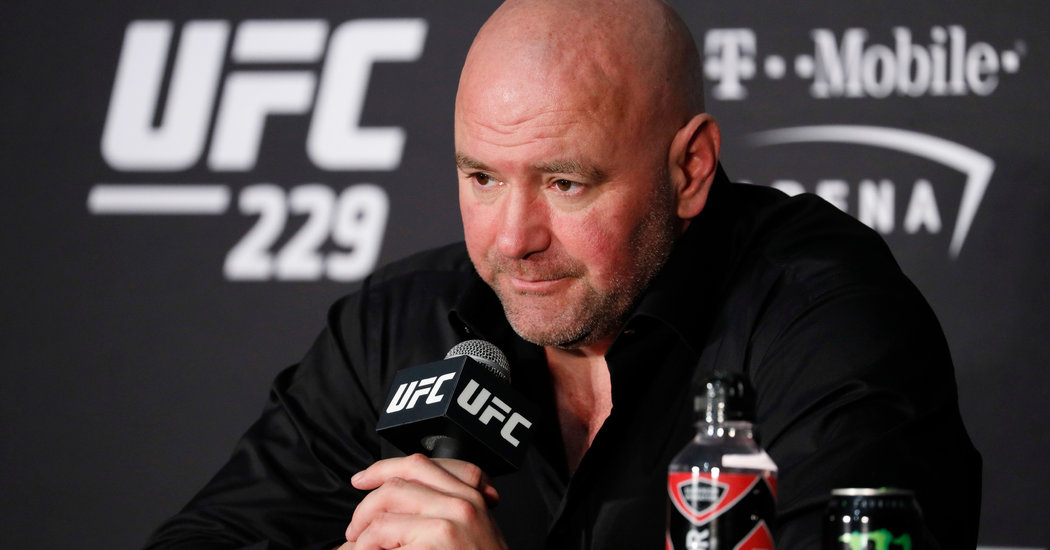 U.F.C. 249, a mixed martial arts showcase that had been scheduled for April 18 on Native American tribal land in California, has been canceled amid the coronavirus pandemic, Dana White, the U.F.C. president, said Thursday.

White said in an interview on ESPN that he had received calls from Disney and ESPN asking him not to hold the event, which featured 12 fights. ESPN holds the rights to broadcast U.F.C. fights and to sell its pay-per-view events, and Disney is the parent company of ESPN.

“The powers that be there asked me to stand down and not do this event next Saturday,” White said.

The cancellation comes after the card, originally scheduled for Barclays Center in Brooklyn, was moved because it was forbidden by regulators who were trying to comply with public health guidance about curtailing gatherings.

White insisted that he could move forward with putting on fights, and said Thursday that his efforts to keep U.F.C. 249 intact had been “a battle since Day 1.”

The headline fight was originally a lightweight title bout between Khabib Nurmagomedov and Tony Ferguson. But Nurmagomedov withdrew when it became unclear where the fight would be held. Then he traveled from San Jose, Calif., where he trains, back to his home in the Dagestan region of Russia. Nurmagomedov was replaced by Justin Gaethje, and the fight was downgraded to an interim title bout.

Earlier on Thursday, Brian Butler, the manager of the strawweight fighter Rose Namajunas, said she had withdrawn from her bout in U.F.C. 249 because two of her family members had died. Their deaths, Butler said, “were related to the coronavirus.”

Butler added on Instagram, “Her hopes are to return to the octagon as soon as possible.”

The fights were to be held at the Tachi Palace Casino Resort, on tribal land about 40 miles south of Fresno, Calif. Regulators in California refused to authorize the event, putting the U.F.C. in a position to provide its own referees, judges, medical staff and other services to make the fights happen.

White said U.F.C. 249 was part of a broader plan to keep a regular schedule of fights — starting with two months of events at the resort. He said on Thursday that he still planned to hold events for fighters on a private island outside the United States.