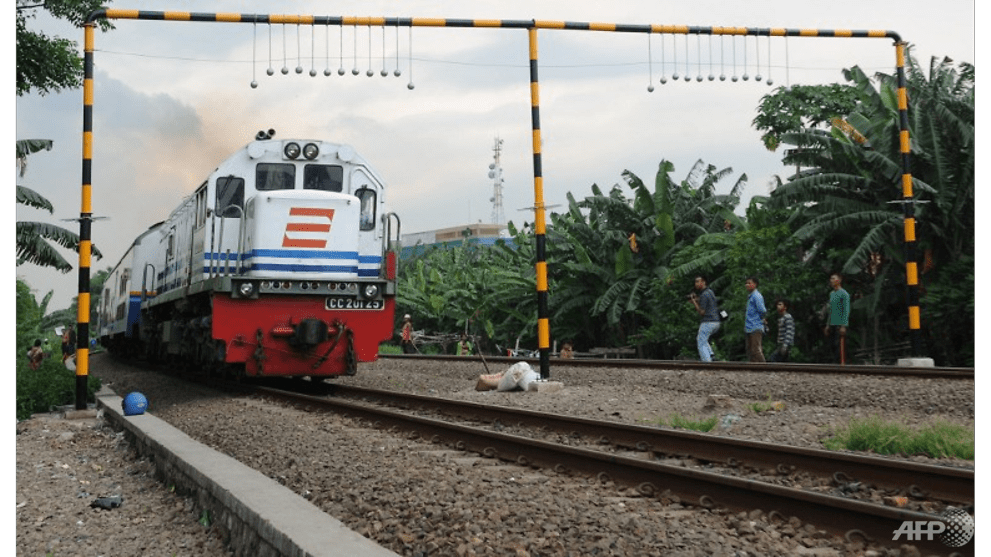 JAKARTA: It has been more than a decade since Mr Sunarso made the seven-hour journey from Jakarta to his village in Central Java on his motorcycle.

He was barely 30 when he last took the 350km trip down Java’s Northern Coast Road which leads to his village at the foot of a Central Java volcano, Mount Slamet.

But the 44-year-old construction worker is once again bracing himself for a long road trip, so that he can reunite with his wife and his two young sons in his hometown.

He does not have a motorcycle now and plans to share a ride with a friend.

Mr Sunarso, who like many Indonesians go with one name, said he normally goes back to his village by bus at the start of the fasting month, which kicks off later this month.

But with Jakarta planning to impose the so-called “large-scale social restrictions” at 12am on Friday (Apr 10), all construction work across the capital would have to cease. Under the restrictions, all non-essential services will be shut while gatherings of more than five people are banned.

“I will have no income,” Mr Sunarso told CNA. “What is the point of staying? At least, back in my village, I don’t have to worry about food.”

Jakarta is not planning to close its borders, while inter-city buses and trains can still operate.

With the COVID-19 pandemic, the government has decided to limit public transportation, prompting bus ticket prices to skyrocket.

The government has also discouraged people like Mr Sunarso against heading back to their hometowns, warning them that they will be put in mandatory self-quarantine if they do so.

“I don’t mind being isolated,” he said. “I just want to be with my family.”

According to the Jakarta city government, there are around 2.5 million people who return to their hometowns during Ramadan annually.

The same number of people are expected to leave Jakarta as soon as Friday when the restrictions kick in. This exodus, according to observers, is a cause for alarm from the perspective of containing the pandemic.

Of the more than 3,200 COVID-19 cases and 280 deaths reported in Indonesia, more than half are in Jakarta.

Unless the exodus is stopped, the outbreak is expected to spread to villages and towns which might not be as well equipped to handle COVID-19 compared to the major cities.

GOVERNMENT HAS NO PLAN TO BAN MASS EXODUS

President Joko Widodo, however, has decided against barring the movement of people.

The government has introduced a number of incentives and cash aid programmes to keep people from leaving the cities.

On Thursday, Mr Widodo said 600,000 rupiah (US$38) will be given to low-income individuals and families every month for a period of three months, among other previously announced incentives. He also barred civil servants, military, police as well as employees of state-owned enterprises from participating in the Idul Fitri exodus.

But Mr Syifatul Rahmat, a hotel clerk who was recently forced to take unpaid leave, said he is not waiting around for the incentives to be disbursed.

“I don’t want to stick around in Jakarta and deal with all the bureaucratic red tape only to find out that I am not eligible,” the 25-year-old said.

Mr Rahmat said he has booked a train ticket to travel back to his hometown in East Java next week.

Dr Adib Khumaidi, deputy chairman of the Indonesian Doctors Association, has criticised the government for allowing people to travel.

“The government should have been firm and ban people from going back to their hometowns. If a ban is in place, people will not flock to terminals and stations and people living in villages will be protected,” he told CNA.

Dr Khumaidi is also skeptical about the call for travellers to self-isolate once they reach their hometowns.

“There is a great chance that infected travellers would spread the disease to their family members in their villages. And who would ensure that these people will self-isolate? Villages don’t have the manpower to enforce this policy,” he noted.

Out in the provinces, questions have been raised over the effectiveness of the self-isolation policy.

Central Java Governor Ganjar Pranowo said on Twitter that 320,000 people have travelled into his province by bus, trains and airplanes since the outbreak began.

“There are countless more who travel by private cars and motorbikes. We have told them to self-isolate for 14-days once they arrive but in reality, many refuse to do so. In fact, in some places, they scolded officers who told them not to go outside,” he said on Wednesday.

“That’s why I plead with all of you who are working (in major cities) to not head home … (Doing so) means allowing the virus to spread.”

Mr Pranowo said the government is developing an app to monitor the whereabouts of recent arrivals.

West Java Governor Ridwan Kamil said he would enlist the help of the local police.

“The West Java police will take legal actions if a person under observation is not self-isolating,” he said on Twitter last month. “All neighbourhood chiefs must report all arrivals to the local police.”

“We have also lowered the capacity of each train set by 50 per cent,” the company said in a statement on Wednesday, adding that there will be temperature checks at all train stations.

Several airlines have also limited the number of passengers on board.

“Some operators have begun limiting the number of passengers because our drivers are also worried about contracting the disease. As a result, ticket prices have gone up because we are carrying less passengers,” he said.

“But there are other bus operators who don’t impose such measures, usually for shorter distance inter-city travel. We cannot force them because the government has not issued a regulation on this.”

Mr Haryono said operators will not lower the buses’ frequency “as long as the government does not ban inter-city travel”.

“When the government does (imposes a ban), I hope it will provide incentives for our drivers because they will be affected,” he added.