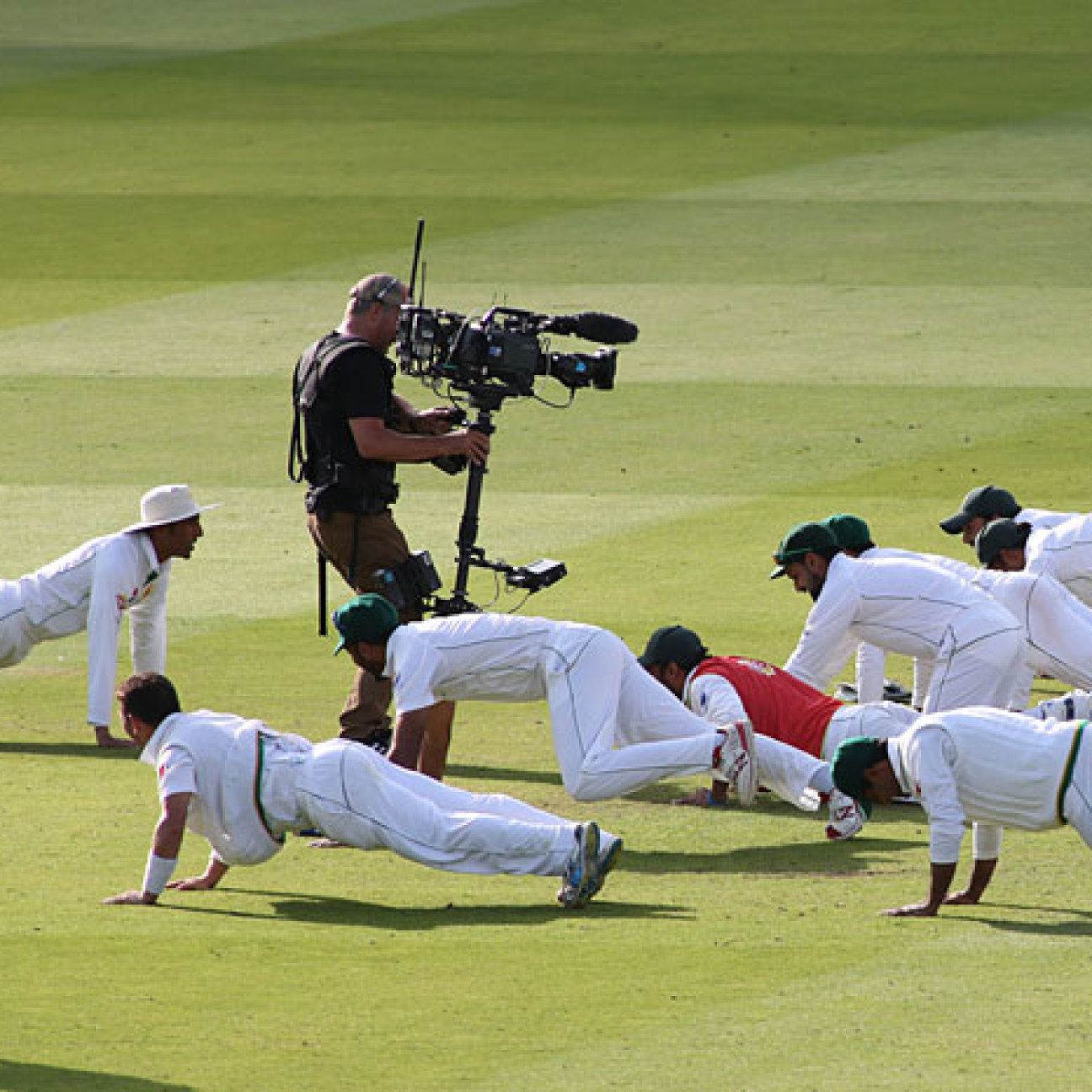 There’s no cricket on the horizon, yet, for Pakistan’s players, but lockdown or no lockdown, they’ll have to keep their fitness levels up. That’s the message from the PCB, which will conduct fitness tests for over 200 of its contracted domestic and international players, via video link, on April 20 and 21.

All cricket in Pakistan has been suspended since March 15 due to the COVID-19 (novel coronavirus) pandemic. Contracted players were due to undergo fitness tests on March 23 and 24, but they were also called off. That assessment will now take place in modified form, with the tests designed keeping in mind the restrictions on players’ movements with all grounds and PCB facilities shut.

ESPNcricinfo understands that these restricted tests have been designed as a means of monitoring how players have been spending their time during the nation-wide lockdown.

Misbah-ul-Haq, Pakistan’s coach and chief selector, and the trainer Yasir Malik sent out a message earlier this week reminding players of their fitness obligations.

“To maintain your fitness level you need to be disciplined and keep working hard,” the message reads, in Urdu. “With all the limitations and lack of resources at the moment, we have chalked out this new fitness battery with everyone given an equal opportunity. We have to make sure that we are giving our hundred percent. You have been informed well before time to make sure you are mentally and physically ready for it. All the tests will be carried out on video link by your team’s trainers.”

Pakistan has six provincial teams, each of which has 32 contracted players – 16 each in the first and second XIs. The contracts, signed in August 2019, mandate that players maintain their fitness levels and undergo periodic assessments. During the tests on April 20 and 21, each provincial team’s trainer will assess their respective players, while the national-team trainer will assess the 19 centrally contracted Pakistan players. Each player will have to complete a number of fitness tasks – including timed sets of push-ups, sit-ups, chin-ups, burpees and Bulgarian squats – as well as have their weight measured.

The message also confirmed that, if the situation allows for it, the next round of fitness assessments, scheduled to be held in the first week of June, will return to its conventional module, which includes gym, skinfold tests, running, and other outdoor assessments.

Pakistan players have often been the subject of criticism over their lack of fitness, but during his time as head coach, Waqar Younis instilled a sense among his players that they need to raise their levels. His successor Mickey Arthur took that idea forward, and Misbah, since taking over the reins in September 2019, has sought to impose strict standards not just among the national-team players but also in domestic cricket, with each provincial side required to monitor its players’ fitness levels on a quarterly basis.