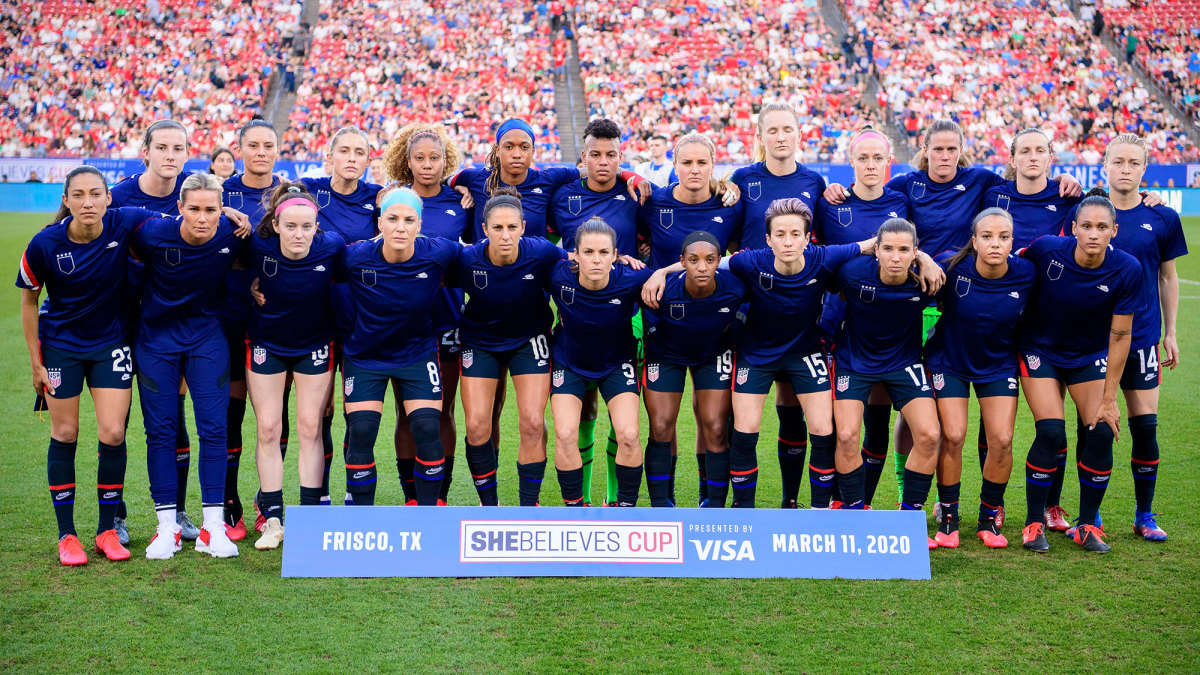 When the coronavirus disease pandemic began to shut down court operations in March, the prospect of U.S. Soccer and members of the U.S. women’s national soccer team beginning their much-anticipated pay equity trial on May 5 seemed unlikely. Those odds continued to drop when U.S. Soccer changed its leaders and legal team members and expressed a desire to reach an out-of-court settlement with the players, who are led by Alex Morgan, Megan Rapinoe, Becky Sauerbrunn, and Carli Lloyd.

On Wednesday, the May 5 date became history.

Judge Gary Klausner ordered that the trial be continued (postponed) to Tuesday, June 16. His order noted that the continuation reflects the pandemic, which has limited operations at the Los Angeles-based federal courthouse where the trial is supposed to take place. If it actually occurs, the trial would begin with jury selection and last between two and four weeks. Judge Klausner also ordered that the two sides participate in a pretrial conference on Monday, June 1. This conference would involve, among other things, Judge Klausner asking both sides to clarify the core issues in the case and to explain their intended witnesses and forms of evidence for the trial. The judge might also use the conference to make one last pitch to both sides that they ought to settle before the trial starts.

In addition to pushing back the trial, Judge Klausner has granted a joint stipulation clarifying the summary judgment record. U.S. Soccer, with the players’ blessing, informed Judge Klausner that it no longer intends to rely on several pages of controversial arguments that belittled the women contained in its petitions for summary judgment.

In February, both sides petitioned Judge Klausner to grant summary judgment. If granted in its entirety, summary judgment would negate the need for a trial. This is because the judge would rule on the legal claims before a jury ever hears them. Judge Klausner would deem summary judgment only if there is no dispute about key facts related to all or part of the players’ lawsuit and, when applying those facts to a legal issue, he determines how key issues must be resolved.

In making their case for summary judgment, attorneys for U.S. Soccer offered a series of assertions that many found offensive and sexist. Some that led to widespread rebuke was the claim that the women where inherently inferior to the men based on skill level and physical attributes and that women’s and men’s teams “do not perform equal work requiring equal skill, effort and responsibility under similar working conditions.” This line of argument was intended to make a legal point, specifically to try to portray USWNT players and USMNT players as holding fundamentally different jobs. If their jobs are different, the fact that USWNT and USMNT players are paid differently would arguably reflect not sex-based pay discrimination but simply having different jobs.

In an attempt to advance this line of reasoning, attorneys for U.S. Soccer insisted that there is “a materially higher level of speed and strength required to perform the job of an MNT player.” The attorneys also claimed that USMNT players “face tougher competition, even on a relative basis” and that USWNT players essentially have it easier since they don’t play matches in Mexico, Central America and the Caribbean where “opposing fan hostility . . . is unmatched by anything the WNT must face.” These remarks in totality were interpreted as insults to USWNT players and eventually resulted in the resignation of president Carlos Cordeiro after public and sponsor backlash.

Judge Klausner will no longer consider those rationales in weighing whether to grant either side summary judgment. U.S. Soccer has raised other defenses, including that the players’ union, the USWNT Players’ Association, collectively bargained the economic terms that its members now assert are illegal. Particularly since the two sides have offered very conflicting empirical data about pay and revenue—and this a case where economic analysis is crucial to determining the correct application of law—the judge might be inclined let the jury hear the case.

Whether the case goes to trial is a separate matter. Depending on how the pandemic plays out in Los Angeles over the next month, an additional delay might be deemed necessary for purposes of public health. The sides could also reach a settlement that averts the need for a trial.