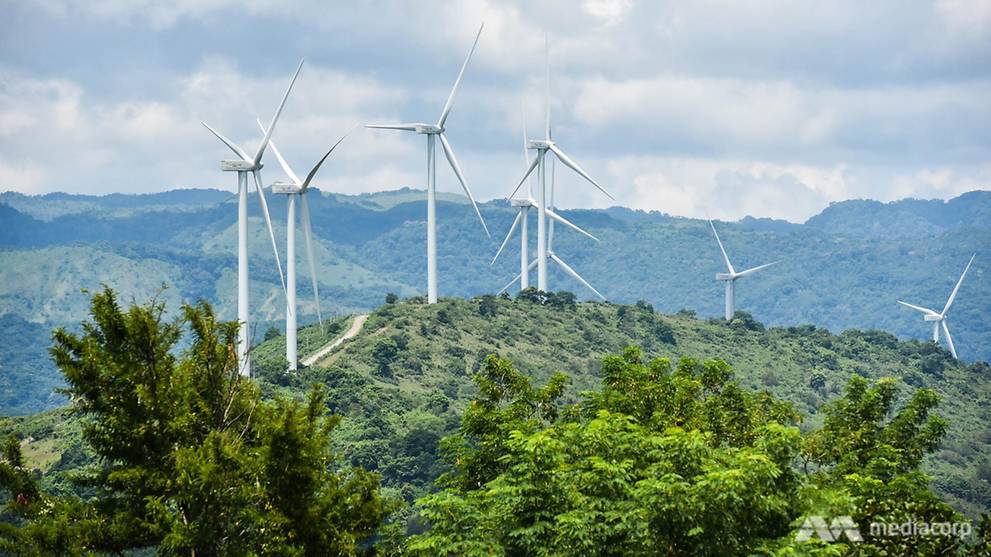 BANGKOK: Regional aspirations for a swift transition from fossil fuel to renewable energy are likely to be dashed by the economic and market crises triggered by the global COVID-19 outbreak, experts say.

Nuclear energy exploration – being considered by several nations in recent times, including Indonesia and the Philippines – is now also expected to be shelved indefinitely.

“The collapse in oil and gas prices and decline in coal prices together will undermine support for renewable energy in most countries, at least in the short-term, because governments have other matters to worry about,” said Dr Philip Andrews-Speed, Senior Principal Fellow at the Energy Studies Institute at the National University of Singapore.

“They (the governments) will have even less ability to provide direct financial support and renewable energy supply chains have been disrupted.”

He added: “As a result, the switch from fossil fuels to renewables may be delayed a few years across many countries.”

FISCAL WEAKNESS ON THE HORIZON

Projections for the major economies of Thailand, Indonesia and Malaysia are of 5 per cent, 4.6 per cent and 3.5 per cent negative growth respectively in 2020.

Singapore’s full-year GDP growth forecast has been downgraded to -6 per cent, from -2.3 per cent, according to Maybank Kim Eng economists.

Collectively, this is a scenario that could plunge millions more people into poverty.

ASEAN member states are generally way behind in making the required policy and infrastructure changes to cut their greenhouse gases.

An analysis by Climate Action Tracker, an independent consortium that tracks government action on climate, claims that the efforts by Indonesia and Singapore are “highly insufficient” to prevent global warming by more than two degrees.

Vietnam’s assessment is even more dire – “critically insufficient”. Malaysia and Thailand were not assessed in the study.

While reduced power use and the shuttering of major industries will subsequently cause reduced emissions being produced, it is not expected to result in anything but a short-term respite.

That is despite global carbon outputs potentially dropping by 5 per cent year-on-year, the most significant decline since World War 2, according to an analysis by the Global Carbon Project.

But future demands for electricity are forecast to explode once again after the COVID-19 situation comes under control, and emissions once again with it.

Southeast Asia is a region hungry for electricity and growing hungrier by 6 per cent every year, one of the fastest rates in the world, according to a 2019 report by the International Energy Agency (IEA).

Power demand has grown by 80 per cent since 2000, resulting in the doubling of the use of fossil fuels. It could increase by a further 60 per cent by 2040, based on stated policies of regional governments.

That is bad news for expensive renewable infrastructure, much of which is in the middle of construction phases, like hydropower dams. At the same time, forecasts for the production of solar power systems have been slashed.

“The weaker fiscal position of these markets also poses a significant downside risk to the completion of new large-scale thermal and hydroelectric power projects over the medium term, increasing the risk of delays and cancellations most prominently on primarily government-funded projects,” said Ms Daine Loh, a power and renewables analyst for Fitch Solutions.

It also reflects a hammer blow to any hopes from governments or power producers to turn to nuclear energy, which has increasingly looked more likely, with several nations in an exploratory phase.

“With economic growth stalling and fossil fuel prices falling, nuclear power holds little appeal in the short-term. Further, the cost overruns in Europe have deterred many countries from moving ahead with their first plants, except for those with deep pockets,” said Dr Andrews-Speed of the Energy Studies Institute.

In 2018, Indonesia launched a roadmap to develop an experimental power reactor and recently drafted an omnibus law that, if passed, would allow for nuclear power plant development to be approved. It was a decision that prompted fierce protests from environmental groups.

Mr Satrio Swandiko Prillianto, Greenpeace Indonesia’s renewable energy campaigner says the downshift in power consumption and economic growth meant proceeding with nuclear, for now, would be untenable for Joko Widodo administration, which could avert the “huge risk to the safety” he believes is associated it.

Indonesia accounts for approximately 35 per cent of the region’s power demands, which is increasingly being provided by coal. But the administration of President Jokowi is seeking to derive just under a quarter of its power needs from renewable sources by 2025.

Yet a full embrace of renewables has not materialised even under the seemingly keenly green president. Over the coming decade, several new coal projects are in the works, locking in a dirty future. Meantime renewable tariffs remain high and a philosophical shift to clean energy has not occurred.

Meantime, the Philippines has forecast power demands to triple by 2040, burdening a sector still heavily reliant on coal and with extremely high costs for consumers. President Rodrigo Duterte and other government departments have shown eagerness to explore the possibilities of nuclear generation, potentially by refurbishing an abandoned nuclear plant built in the 1970s.

With the support of Russia’s state nuclear corporation Rosatom, a US$3 billion to US$4 billion price tag was placed on the rehabilitation of the Bataan plant, which is currently a tourist attraction and mired in past controversies. With the country in lockdown due to the coronavirus, experts say, like in Indonesia, the plan is likely to be mothballed once again.

“We are not expecting any nuclear capacity to come online in the coming decade. Nuclear builds involve significant capital costs, and affordability concerns will be even more crucial for emerging markets,” said Ms Loh of Fitch solutions.

Despite the expected setbacks, there remains optimism and opportunity for the renewables sector to carve out gains during this period of crisis.

“The slowdown in economic activity actually weakens power demand for 2020, which could reduce pressures to peak demand outputs and free up some policy space for governments to pursue their energy transition agendas,” said Ms Loh.

“(It) may put pressure on governments to amend regulations to boost private sector investment in renewables in an effort to support growth in the market,” she added.

READ: As Europe fights coronavirus and climate, is ‘green stimulus’ the way?

At the same time, with interest rates dropping to zero, or even negative in some markets, the cost of borrowing for high capital renewable energy projects could prove attractive.

“With the economic downturn, governments will be looking to set policies to build back better and fully integrating climate solutions is one pillar in building a brighter and better future,” said Mr Krib Sitathani, a project manager with the United Nations Development Programme in Thailand.

“There is also the possibility that many governments to take this opportunity to manage their risks to stabilise their energy costs through increasing renewable energy production to not only stabilise their power production but also to ensure a more predictable cost,” he said.

Asia is already the world leader for renewable sector growth – up 7.6 per cent of supply in 2019 and accounting for 54 per cent of new global additions in 2019 – according to an annual report by the International Renewable Energy Agency.

While 2020 will be a different prospect, there remains confidence in the long-term trajectory of the sector.

“Countries that weather the economic and societal fall-out from the coronavirus better, may choose to renew their investment in and support for cleaner forms of energy,” Dr Andrews-Speed said.