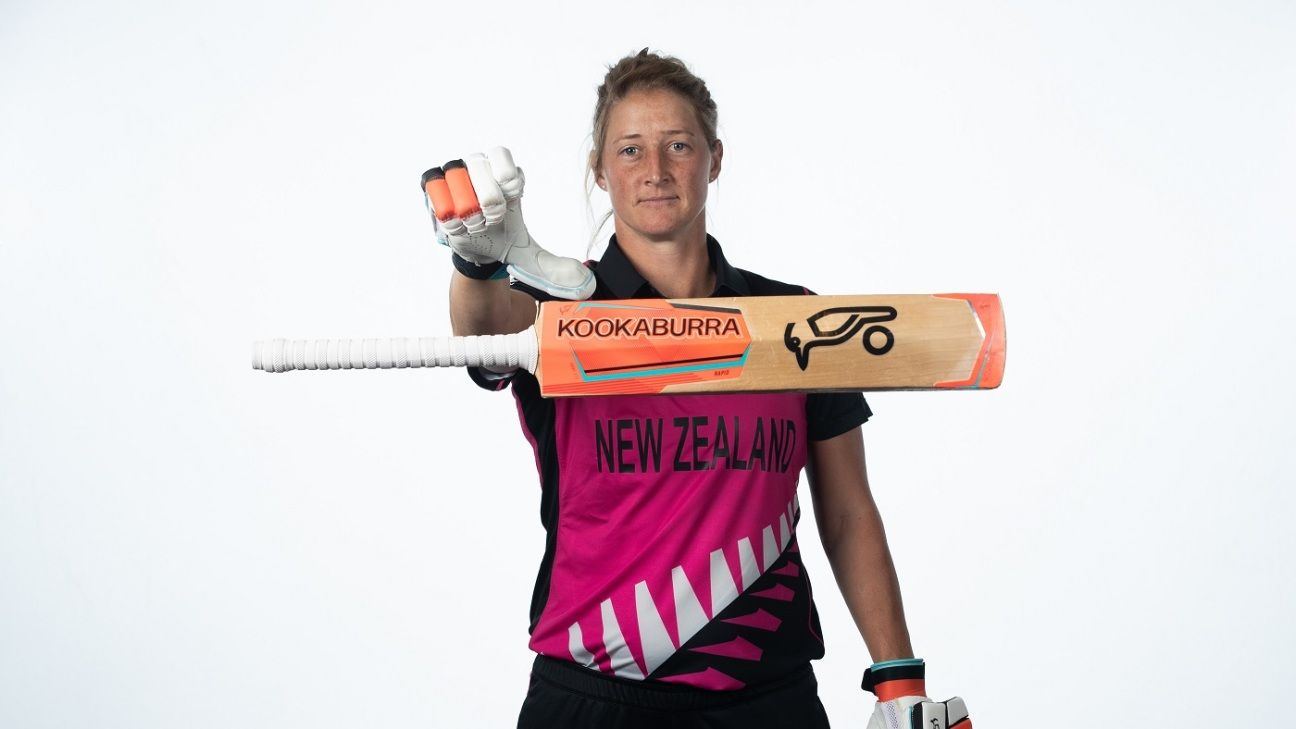 Sophie Devine and Tim Southee were honoured by their peers for their performances in the 2019-20 season in an online ceremony because of the COVID-19 pandemic, the New Zealand women’s skipper receiving the Cricket Players’ Association Players’ Award and the men’s fast bowler getting the Players’ Cap.

While this is the second time Southee has won the honour (after 2013), for Devine it’s an incredible three-in-a-row, helping her match Kane Williamson, who had won it from 2015 to 2017.

Devine has been in fantastic form in the period under consideration, especially with the bat. At the recent women’s T20 World Cup, she finished seventh in the list of top run-getters with 132 runs from four innings. And prior to the World Cup, she was in stunning form at home against South Africa, scoring an incredible 54*, 61, 77 and 105 in the T20I series, while also picking up four wickets.

“It’s certainly not about the individual, it’s about the team,” Devine said afterwards in a video chat. “It does really mean a lot to be recognised over the past 12 months by your team-mates, especially because we haven’t played a lot of cricket apart from the last month or two, but yeah, really special to be able to win this award.

“It’s been a pretty busy couple of months. We didn’t have too much (cricket) last year, so we were working hard in Lincoln and we had a really good series against South Africa and obviously went pretty deep in the T20 World Cup last month. The quality of the side we’ve got, we’re obviously really disappointed with the way we didn’t manage to get out of the group stage at the T20 World Cup. As you saw, the two teams we lost to were the two finalists, and we lost by four or five runs [three runs to India and four to Australia] to both of them.”

She called the results at the World Cup “really positive signs”, and hoped that once cricket resumes, the team can get together and build towards the 50-over World Cup, to be played at home in New Zealand next year.

Southee, meanwhile, became the third to win the Cap more than once, joining Williamson and Ross Taylor, who had won it last year.

It was a big season for Southee, too, especially in Test cricket, where he picked up 33 wickets in six games.

“I was a little surprised. I think there’s a number of guys who would’ve been worthy runners-up of the award,” Southee said. “I think it just shows you that the type of cricket and the brand of cricket we have played over the last 12 months, a number of different guys have stepped up at different times.”

Speaking about the season itself, especially beating England and India in Test series at home on either side of a poor tour of Australia, Southee said, “To finish the summer strongly after a disappointing tour of Australia was pleasing for the guys to be able to bounce back. The T20s, I guess, were a bit of a mixed bag [they lost 5-0 to India] but that can be the format at times. And the way we were able to beat a very good Indian side three-nil in the one-day series and finish the summer was very pleasing.”