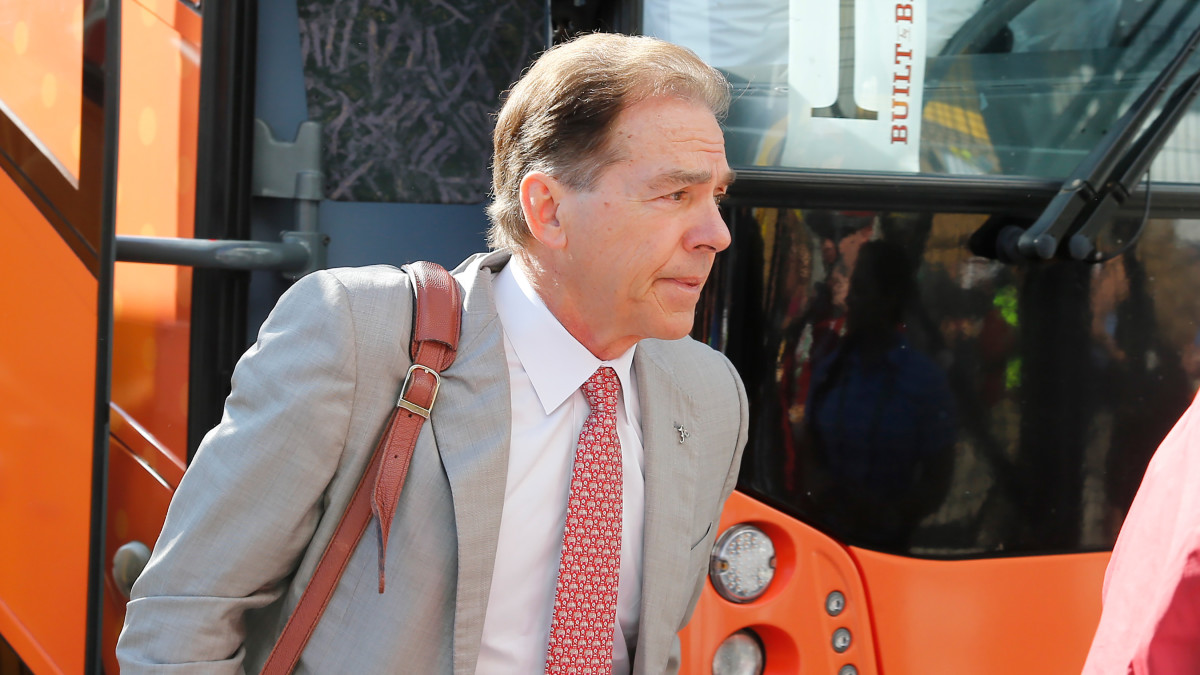 Alabama head coach Nick Saban has used his time in quarantine to catch up with technology.

In an interview with ESPN’s Maria Taylor on Instagram, Saban revealed that one “positive” to come out of the sports hiatus is him learning how to use his email account.

Saban, 68, said others were forwarding emails to his wife, Terry, before she “fired” him and made him start working his email account himself. He said he still does not send or receive text messages, but he now can communicate with others via email.

“I’ve come a long way,” Saban said. “It’s hard to communicate when you have to be by yourself and you always depend on someone else to get your emails and messages and all that. It just didn’t work.”

While he says he will take calls, Saban added he has also communicated with others online through Zoom and FaceTime.

Saban has had time to dive deeper into technology with the lack of a spring football period, as collegiate athletic programs have been put on hold amid the coronavirus pandemic. Despite the sports hiatus around the world, the NFL draft will still be taking place but will be conducted virtually from the homes of team officials.

Alabama finished the 2019 season with an 11-2 record. The team fell short of reaching the College Football Playoff for the first time since the tournament’s creation in 2014-15. Quarterback Tua Tagovailoa played in just nine games before a dislocated hip ended his season.