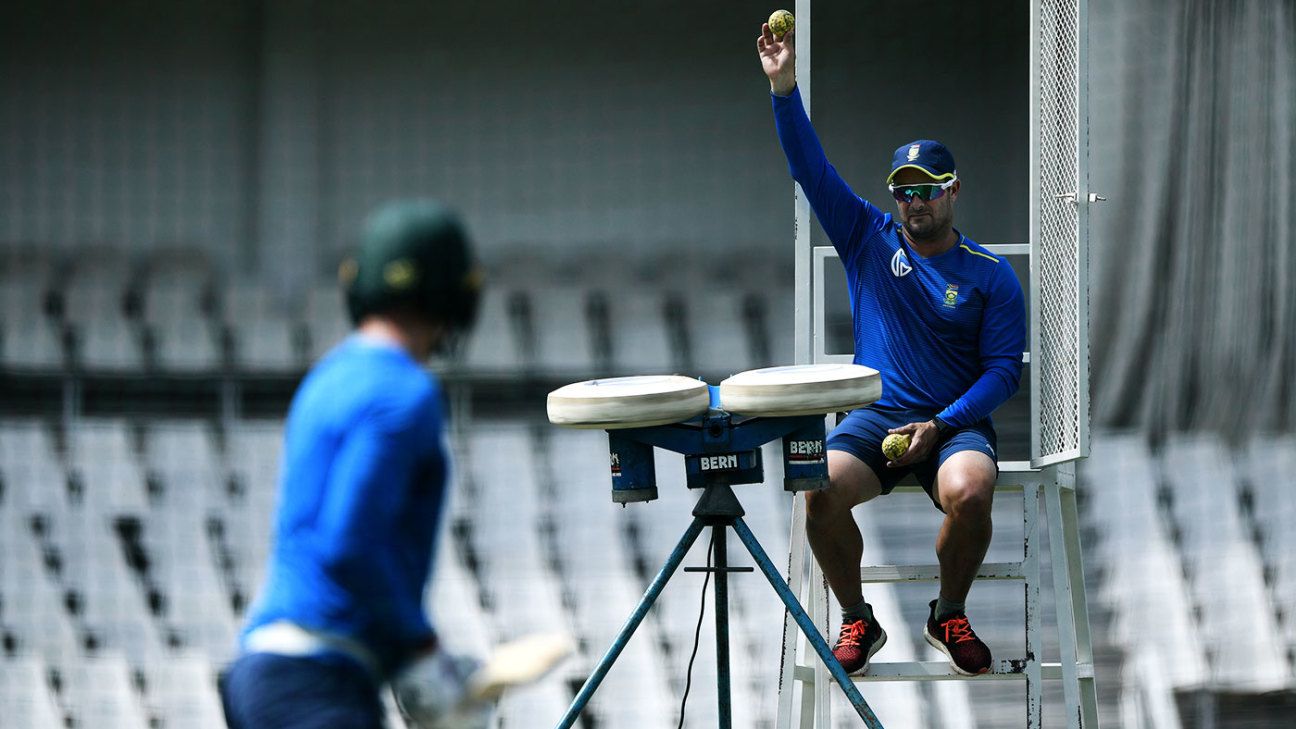 Mark Boucher has called South Africa’s win over Australia in the ODI series in March the “light at the end of the tunnel” after a difficult first season in charge of the men’s national side. Boucher took over in December and oversaw South Africa lose a Test and T20 series to England, draw a rain-affected ODI series, lose a T20 rubber to Australia and finally win the ODI series 3-nil, which gave Boucher hope that South Africa are progressing, albeit mostly in shorter formats.

With back-to-back T20 World Cups in the next two years and the 2023 fifty-over tournament marking the end of Boucher’s contract period, that’s no bad thing and is so far allowing for the talent pool to deepen.

“The exciting thing was in white-ball cricket, to see the guys grow a bit. We gave quite a lot of opportunities to youngsters and they started to gel as a team and not allow one particular guy to carry them through,” Boucher said. “Our performance against Australia was the light at the end of the tunnel but it’s not that it’s the finished product.”

To get there, Boucher wants to continue up-skilling his players and is hopeful he will still be able to make use of the expertise of batting consultant Jacques Kallis and spin-bowling consultant Paul Harris, whose short stints with the national side have come to an end. The duo were brought in on a temporary basis for the 2019-20 summer to supplement the coaching staff made up of Boucher, assistant Enoch Nkwe, bowling coach Charl Langeveldt and fielding coach Justin Ontong.”I’m not too sure what will happen with Jacques Kallis and Paul Harris, but hopefully can sort something out contractually because we would be stupid not to make use of their experience,” Boucher said.

Expanding the support staff would likely be dependent on Cricket South Africa’s budget, which will be squeezed following the departure of Standard Bank as a sponsor at the end of this month. The organisation has indicated they are in talks with a new corporate backer but remain cautious about their financial position, as is the case with many entities worldwide.

CSA have been slightly less affected than most, with the shutdown coinciding with the end of the summer. As a result, they will not suffer losses from postponed tours and may even save some money if their scheduled visit to West Indies for the A side and both the men’s and women’s national teams, scheduled between June and August do not go ahead.

Despite those uncertainties, the rest of South African cricket has been largely unaffected by the current situation, having lost only two ODIs in India and the women’s home series against Australia so far. “I don’t think it has really disrupted our plans. We were always going to be having a break at this time,” Boucher said. “The plan was to give the guys some off time, to travel a bit, spend some time with the families, they are certainly spending some time with the families now but not traveling and there’s time to get rid of a few niggles their bodies have picked up.”

But it’s not all rest and relaxation. South Africa’s players will all go through fitness tests as when the country’s lockdown ends – at the moment this is due to happen on April 16 – and will be expected to have maintained their conditioning. “We have put in some programs with regards to keeping fit and strong around your household,” Boucher said. “We are putting new fitness clauses in contracts so you need to be fit.”