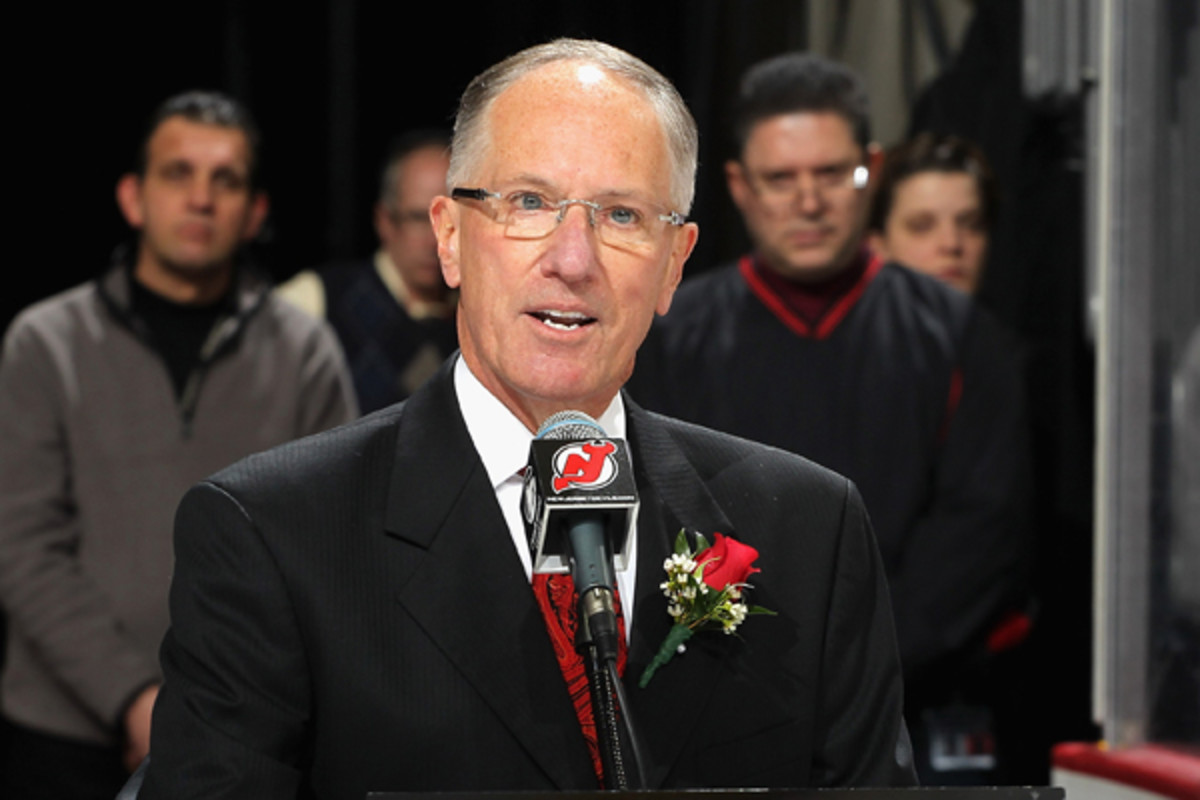 If these were normal times, if this were any other NHL season, Mike (Doc) Emrick would be perched inside the NBCSN broadcast booth on Wednesday evening, high above some teeming hockey rink, preparing to call the first game of the Stanley Cup playoffs like always. He would be poring over a spray of lineup cards, stat sheets and personal notes from the teams’ morning skates, all potential info for his play-by-play. He would be thinking about the opening puck drop, reminding himself to back away and let the crowd noise breathe. Perhaps he would also be sipping his favorite herbal tea to fortify his throat, or noshing a snack-sized cup of peanut butter for extra energy. The 73-year-old never gets a good night’s sleep when the postseason is nigh.

“It’s not out of worry,” Emrick says. “It’s more out of excitement.”

If these were normal times, if this were any other NHL season, Emrick would be speaking to millions of hockey fans on Wednesday evening, his voice beamed into bars and living rooms around the country, narrating the action of another championship chase. Instead he will be following along with the rest of us, “doing what I’m supposed to do,” as he puts it. Which means he’ll be home in rural Michigan, an hour-ish north of Detroit, self-isolating with wife Joyce amid the coronavirus pandemic as the sun sets over the river separating them from Canada.

“I know what I wish I were doing,” Emrick says. “But all of us are wishing right now.”

By his estimation, not counting the canceled 2004–05 lockout season, Emrick last missed out on calling playoff hockey in 1977, back when he was broadcasting for the IHL’s Port Huron Flags. Since then he has been a steady fixture on the airwaves when the stakes are highest, having worked 21 Stanley Cup finals and 45 Game 7s (not to mention won seven Emmys). Understandably, couchlock at this time of the year will be a new sensation. “I guess you have this pent-up energy that you’d like to spend,” Emrick says, “but you realize it’s very important to wait this out. The most important thing we can do right now is nothing, but that’s something.”

Okay, nothing is a stretch. He has been keeping plenty busy, most recently finishing a biography with longtime hockey writer Kevin Allen. He and Joyce take a walk for exercise each day, waving to neighbors but not stopping to chat, and occasionally deliver groceries to those who need help getting food. Entertainment comes from watching the boats of walleye fishermen hit the river around daybreak, as well as from “seeing a lot” of old hockey games and sports movies such as A League of Their Own, Slap Shot and Major League “a couple of times.”

Wholesome reality TV programming involving animals is also popular inside the Emrick household; he had not heard of Tiger King and sounded slightly mortified over the phone when informed of the premise. “I have a hard time with some of the veterinary shows,” he says, “because occasionally there’s a dog or a cat or a creature who doesn’t make it.” He and Joyce own six horses at a local stable— including several former athletes, a mini-horse named Prancer and a rescue Arabian called Sassy Pants—that they are still allowed to visit too.

It was there at the stable that Emrick, bundled in NHL-on-NBC-branded winter attire and holding a manure fork, also paused last month to film a brief Twitter message for NBCSN’s account. “Biological question I’ve always had,” Emrick told the camera, barely able to contain his glee. “If what we give them to eat is so light in weight, why is it that what they leave behind is so heavy?” Emrick shot two other videos, waxing poetic by the waters near his house in one and providing live narration to the thrilling act of his auto mechanic installing wiper blades in the other.

Anything to stay sharp, right? At the tail end of every preseason, Emrick typically heads to a Red Wings exhibition game and talks through the action in his head as though he were calling it live. “Because you need to generate that rhythm again,” he says. Whenever the NHL returns from its indefinite pause, though, “I won’t have the benefit of a practice game to get ready, because we won’t have any tuneups at all. We’ll just be going back in.”

Emrick was calling a Sharks-Blackhawks game in Chicago on March 11 when Utah Jazz center Rudy Gobert tested positive for COVID-19 and the NBA suspended its season. The NBCSN studio crew handled that topic at intermission, but uncertainty hung in the air as Emrick and color commentator Eddie Olczyk took the elevator down from press level at United Center. “We were certainly wondering whether the games the next night would even be played or not,” Emrick says. Sure enough, the NHL announced a similar postponement the next day.

Plans are in motion to decide what a resumed regular season and playoffs might look like, no idea too small to be chucked against the wall, even though exactly when those can even take place is anyone’s guess. Emrick doesn’t bother speculating about, say, a Stanley Cup awarded sans spectators. But he knows that life at the rink has changed. “I didn’t realize until that night [in Chicago], when I left, how many times in a normal day I shook hands with people,” he says. “I was trying to think. At least 75. One of the most beloved parts of the conclusion of a playoff series is the handshake line after. I will understand if we don’t have it, but I’ll miss it.”

Whenever the curve does flatten and normalcy returns to the country, fan-attended sporting events might be among the last to resume, given the public health concerns of packed arenas. But Emrick will be ready, his herbal tea steepened and his voice ready. Asked what the first thing he’ll do when he can go back to work again will be, he replies, “Probably not shake hands. But I’ll be really happy to hear pucks hitting boards at a warmup, that’s for sure. And I’ll be very happy to see smiling faces, because there will be a lot of other people happy to be there too.”