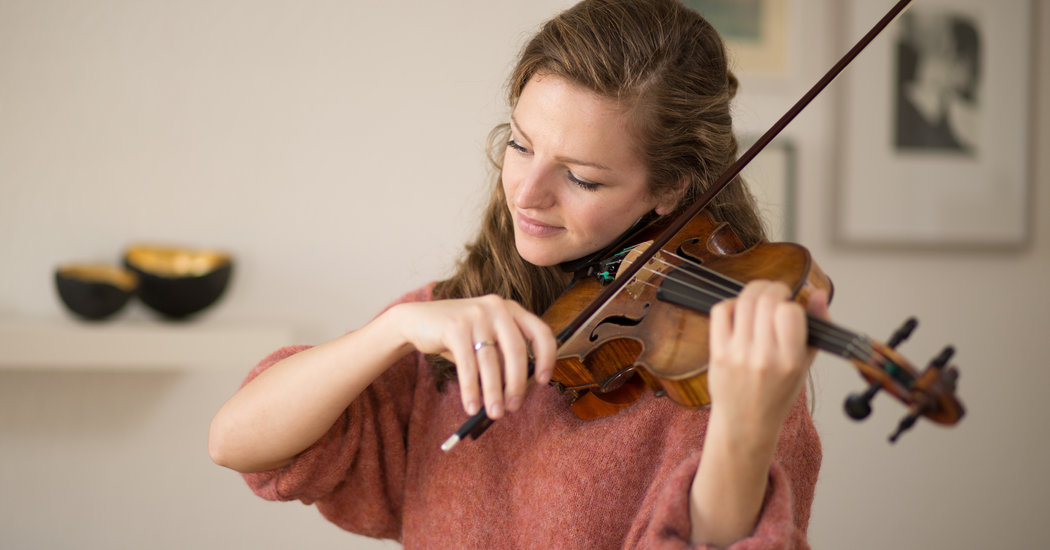 Michiel Commandeur, a Dutch violinist, sounded surprisingly upbeat when he said his income had fallen to zero since the coronavirus pandemic began.

He wasn’t earning anything from concerts, he explained in a telephone interview from his home in Amsterdam, and, because of a loophole, he didn’t qualify for support for lost income in the Netherlands, either.

“I’m counting the number of cigarettes I have,” he said.

But, Mr. Commandeur said, he was in good spirits because he was lucky compared with others. He lived in a house owned by his mother, so he didn’t have to pay rent, and while his bank balance was “going flatter and flatter,” things were OK for now.

“Call me back in about two months and see if I’m still that optimistic about life,” he said.

Mr. Commandeur, 50, is a member of the Mahler Chamber Orchestra, a group that has plenty of acclaim, but no home concert hall or rehearsal space. Though it has an office in Berlin, the musicians only meet to go on tour, usually rehearsing when they arrive in the first city of each trip. “We’re people from about 20 different countries,” Mr. Commandeur said. “We have to travel from all of them to play concerts.”

For the ensemble to resume performances, it doesn’t just need concert halls to reopen. It needs airports, hotels and borders open, too. “I don’t know when we’ll work again,” Mr. Commandeur added.

Most of the Europe’s orchestras and opera houses have been thrown into turmoil by the coronavirus. Even in countries where lockdowns look set to be lifted soon, concerts are unlikely to be allowed for some time. On Monday, Denmark said it would reopen schools on April 15, but that large gatherings would be banned until August.

Many orchestras across the continent, like the Berlin Philharmonic or the Concertgebouw in Amsterdam, receive state funding, so are in a relatively good position to deal with the crisis. But the Mahler Chamber Orchestra is different. It was formed in 1997, when members of the European Youth Orchestra decided they wanted to keep playing together after they reached the ensemble’s age limit. The conductor Claudio Abbado took them under his wing and almost immediately secured the orchestra slots at major festivals.

It’s grown in reputation since, and it now performs with some of the world’s top classical musicians. Recent guest artists have included the conductor Daniel Harding and the pianist Mitsuko Uchida.

In a telephone interview, Ms. Uchida said the orchestra’s problem was “its name,” adding: “Where the heck do they belong? If they had a name like the Berlin Chamber Orchestra, the city of Berlin might step in.”

Over 90 percent of the ensemble’s income comes from ticket sales, Michael Adick, the orchestra’s managing director, said in a telephone interview. It will lose 2.5 million euros, or about $2.7 million, in earnings if it doesn’t play before the summer, he added. (One of the orchestra’s canceled engagements was an appearance at Carnegie Hall that had been scheduled for March.)

The orchestra’s members are now reliant on the governments of their home countries to make up their lost income. Several said in telephone interviews that what was on offer was sufficient, for now. Philipp von Steinaecker, a cellist who lives in Italy, said the government there had stopped mortgage payments for self-employed people whose income had fallen by at least a third. It was also giving some 5 million self-employed and seasonal workers €600, around $650, a month. (He didn’t meet the requirements or need the money, he said.)

Matthew Truscott, a London-based violinist, said he had felt a wave of relief when Britain’s government announced at the end of March that it would pay freelancers the equivalent of 70 percent of their average earnings over the past three years.

A similar scheme was introduced last week in Spain, said José Vicente Castelló, a French horn player who lives in Barcelona. Anna Matz, a German violinist who lives in Berlin, she applied for a €5,000 grant from the city government on March 31 and received the money in her bank account within two days.

All the musicians interviewed said they were concerned about the length of the lockdown. Mr. Castelló, who had been in isolation for over three weeks, said he was hopeful that things would go back to normal just as quickly as the crisis began. “If everybody has the intention, it will come,” he said.

Others were less optimistic. Mr. Commandeur said he could not see the orchestra playing together “before Christmas.” Mr. von Steinaecker said he couldn’t even guess. Last week, he read in the Italian newspaper Corriere della Sera that schools were unlikely to reopen until September — but when the children return, they may have to maintain social distancing measures.

“I read that, and it made me think, ‘When and how are we going to be able to have concerts?’” Mr. von Steinaecker said. “When will people want to sit in a room next to someone and listen to music? It’s going to change the whole scene.” He might be able to work in Italy, he said, but if borders don’t reopen, it will be impossible to play with the Mahler Chamber Orchestra.

Even with the uncertainty over the ensemble’s future, its members were still making sure to meet up. They have been checking in on one another every Saturday morning, at first using Zoom then other apps, and sharing their experiences of the crisis.

On a recent hangout, one of the orchestra’s bassoonists described being shut in a room by himself for seven days after getting the virus. When another spoke about her anxious mood, she cried. “It’s been a little bit like therapy,” Mr. Castelló said.

The musicians promised to pay into a fund to help out other members hit by financial difficulties, although none had asked for it yet. Mr. von Steinaecker said that was a sign of the group’s strength, of the joy they got from playing together.

“Everyone puts all their love and their blood into it,” he said. “The moral strength is exceptional.” If any orchestras could get through this, he added, the Mahler Chamber Orchestra would be one of them.