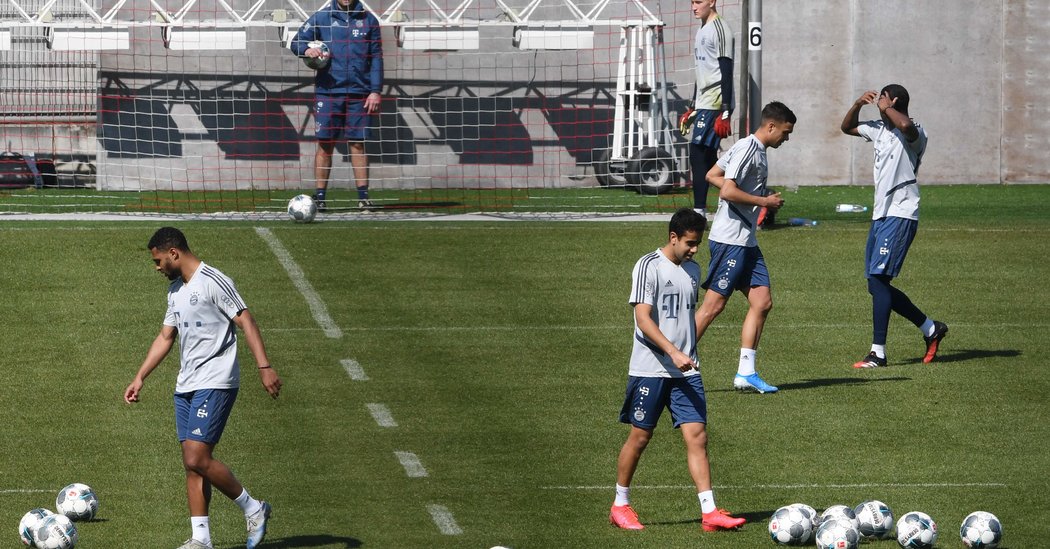 In working out a plan, the Bundesliga estimates that 240 people, including players, coaching and medical staff, match officials and production staff will be needed for each game. Two groups have been set up to deal with the practicalities of staging the game: one to set up uniform game day regulations, and the other, perhaps more important, to devise a hygiene plan for training and games and to work out what measures to take if a player tests positive.

“The concept is to give certainty to players, to their families and to society as well,” said Seifert.

The rush return to the field is borne out of a financial necessity as much as an emotional one.

While its clubs are some of the healthiest in Europe, not finishing the season would lead to an enormous cost. Seifert put the figure at as much as 750 million euros, a figure that compares with forecasts of 1 billion euros of losses in Spain’s top division La Liga and a minimum of 1 billion pounds for the Premier League.

“For the moment we are all fighting to survive,” said Seifert, predicting that 50 percent of the second division teams “are very much in danger to file for bankruptcy” if the season was canceled, while as many five top division teams would face serious problems, too.

Top tier teams are already certain to lose nearly 100 million from the absence of supporters, while the final 300 million euros installment has yet to be paid by domestic rights owners, the biggest of which is Comcast-owned Sky.

“We are in very constructive talks with all our partners no matter if it’s pay TV or free TV,” said Seifert, acknowledging the crisis has hurt television companies’ bottom lines as much as it has the soccer industry. He has made plans for a possible short fall, which includes the possibility of taking a nine-figure bridging loan from private equity firms, like KKR and Apollo Global Management, which initiated talks. Seifert said he had hired an international bank to deal with those inquiries.

German clubs have largely not attracted big money investors in the same way as the Premier League, where foreign billionaires and oil rich sheikhs have poured money into the clubs. That’s largely because of a model that prevents commercial interests from owning more than 49 percent of a club. The crisis has led to suggestions that the regulation — one that is defended fiercely by fans, but has long frustrated some club managers — may finally be about to be lifted. Seifert denied that was the case. “As long as I’m CEO of Bundesliga, no one would discuss the 50+1 rule right in the middle of the coronavirus,” he said.