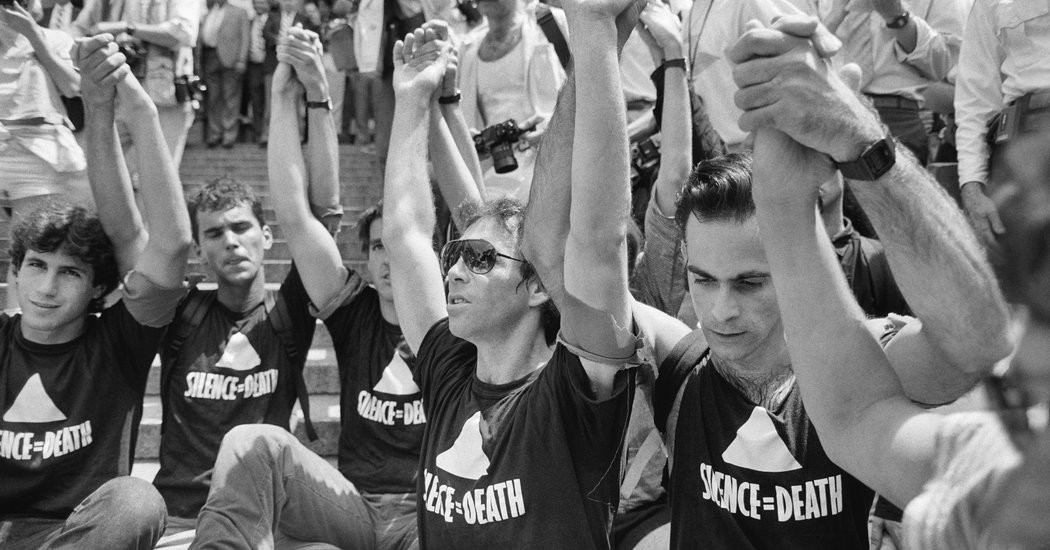 The biggest similarity, in his view, has been “politicians not immediately deferring to expert scientific opinion. That, on very different deadlines, has been just as deadly, helping to drive this pandemic as effectively as during the early years of the AIDS crisis.”

And although matinee idols, right-wing politicians and pink-haired divas are publicly disclosing their Covid-19 diagnoses, it has been clear to a number of AIDS activists that despite what Madonna or Gov. Andrew M. Cuomo might say, Covid-19 is no equalizer.

“Pandemics never hit fairly,” said David France, 60, the director of the 2012 Oscar-nominated documentary “How to Survive a Plague.” “While we now have what appears on its face to be a more democratic plague that isn’t confined mostly to a despised population, it has still been most heavily concentrated in the major urban areas, which is blue America, in neighborhoods that are filled with people who are not rich and are often black or brown.”

Covid-19’s disproportionate ability to kill the poor, the uninsured and the elderly has also played into disheartening arguments against reacting aggressively.

That has enraged a number of H.I.V. survivors who have reached senior citizenship.

And there are other reasons for a feeling of déjà vu.

In 1984, a 44-year-old Dr. Anthony Fauci oversaw the government’s response to the AIDS crisis as the director of the National Institute of Allergy and Infectious Diseases (NIAID). Today, a 79-year-old Dr. Fauci is the director of NIAID overseeing the coronavirus response. And throughout, his calm demeanor and attempt to float above politics has been a source of heated debate among AIDS activists.