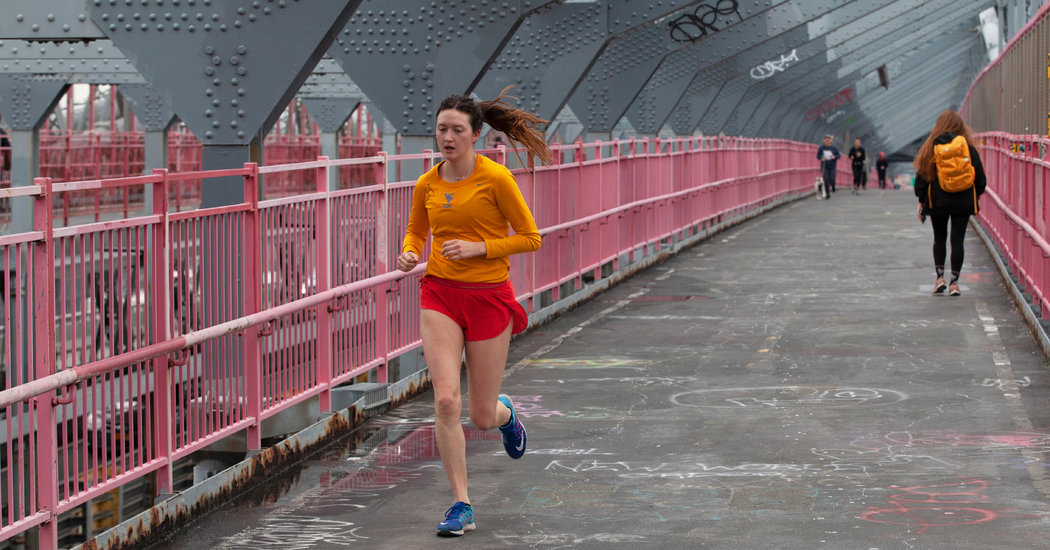 During these trying times, exercise could provide indispensable mental-health support for many of us, according to a timely new study. The study finds that among a generally healthy but sedentary group of adults in their 20s, 30s and 40s, working out lowers levels of depression, hostility and other negative feelings.

The study also finds that the mood benefits of exercise can linger for weeks after people stop working out, offering another compelling reason for us to try to move, whenever and wherever we still can, during this coronavirus crisis.

There is plenty of evidence, of course, that physical activity affects mental health. In earlier studies, regular exercise substantially reduces risks for clinical depression among people with a genetic predisposition to the condition and helps to treat serious depression if it develops. Likewise, regular exercise often alleviates the severity of anxiety disorders, other research shows.

But those studies generally involved people with serious clinical conditions. In people without mood disorders, exercise research has been squishier.

Epidemiological studies show associations between physical activity and lower levels of depression, anxiety, hostility and other bad moods. But those studies were observational, meaning they looked at people’s lives and found links between regular exercise and buoyant moods. They cannot tell us whether the exercise actually causes people to feel cheerful and resilient, only that active people tend also to be relatively happy people.

So, for the new study, which was published this month in Health Psychology, researchers at Columbia University Medical Center in New York City and other institutions decided to mount one of the first experiments to test the effects of an exercise regimen on the mental health of generally healthy, although inactive, people. They hoped to see, in effect, whether people in generally good mental health — without a history of depression, anxiety or other mood disorders — could become even better adjusted and happier if they started to exercise.

The scientists began by recruiting 119 sedentary adults, aged 20 to 45, without any known mental health problems. The scientists invited them to the lab, where they confirmed the healthy state of their mental health with a series of questionnaires designed to measure people’s current levels of depression, anxiety, hostility and anger.

The researchers then randomly assigned the volunteers to two groups. One continued their normal lives and served as a control group. The others began exercising four times a week at the lab.

Their exercise program was a standard moderate aerobic routine. They walked or jogged on treadmills or rode a stationary bicycle for about 35 minutes at a pace that left them somewhat breathless. (Technically, the effort raised their heart rates to about 70 percent to 80 percent of each person’s maximum.)

This routine continued for three months. Then, both groups of volunteers returned to the lab to repeat the mood questionnaires, and the members of the exercise group were asked to stop working out and resume their former inactivity for a month.

“Most of them didn’t much want to quit,” says Richard P. Sloan, a professor of behavioral medicine at Columbia who oversaw the new study. The exercising group had learned to enjoy the exercise, he says.

But they complied and avoided workouts for a month. Then everyone completed the mood questionnaires a final time, and the scientists checked for changes over the four months.

As expected, they found that all 119 men and women had begun the experiment with sturdy mental health. Their scores showed them to be well-adjusted and jovial, with particularly low scores on anxiety.

But the group that exercised had managed to bump down their already-low numbers. After three months of working out, their overall scores on the depression scale fell by about 35 percent, a significant difference from the control group, whose depression scores had barely budged. Hostility levels in the exercise group also plummeted. Declines in anxiety and anger were slighter, but the researchers think their volunteers began with such low levels of those feelings, they realistically could not fall much further.

The mood improvements also lingered. Even after a month of inactivity, the former exercisers showed healthier scores for depression and hostility than the control group, although their numbers were starting to return to where they had been at the start.

Over all, the results suggest that “exercise has real benefits for mood,” even if our moods are not dour or surly to start with, says Kathleen McIntyre, an instructor in psychiatric social work who led the study.

The study did not examine how exercise might elevate our moods. But Ms. McIntyre speculates that the effects are likely to involve both physiology and psychology, with exercise altering various biological pathways related to affect and emotions, while also making exercisers feel more capable and empowered.

The study also looked only at moderate aerobic exercise and involved only adults without any known disabilities or illnesses.

But the findings still have obvious relevance now, when so many of us are feeling overwhelmed by the pandemic and its potential effects on our money, mortality, family, friends and futures.

“This study reminds us that we have this coping tool available to us,” Ms. McIntyre says. “If you can get outside and walk or hike or run safely, it should help with the negative feelings that just about everyone is experiencing right now.”

And if outdoor activities seem unwise where you are, substitute online exercise classes, she says, or bounce around the living room with your children. “Whatever physical activity you can manage is great,” she says, and could help to lift your spirits, and those of everyone around you.