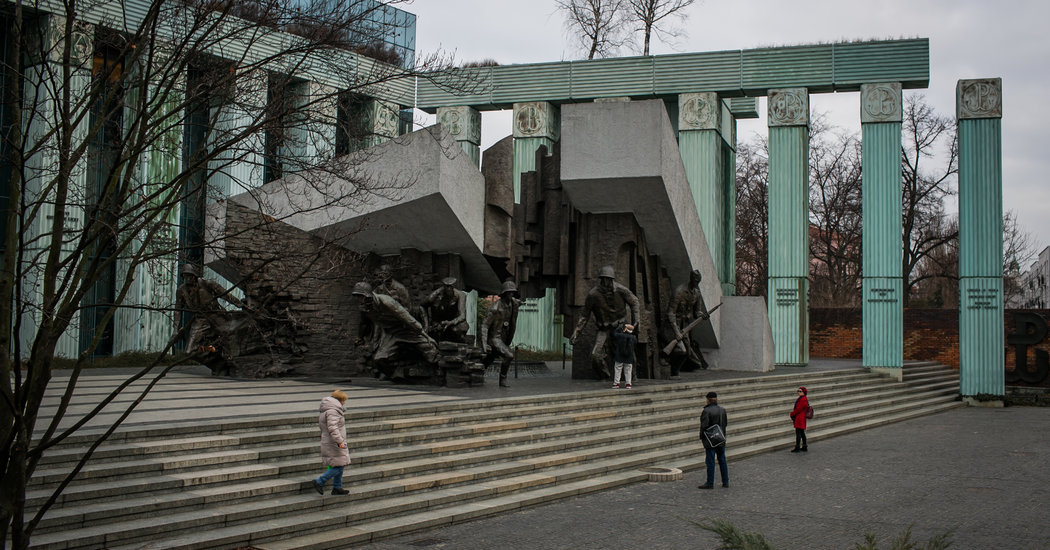 WARSAW — The European Union’s highest court introduced measures on Wednesday to halt Poland’s widely criticized disciplinary regime for judges, the latest blow in a yearslong battle with the country’s governing Law and Justice party over what critics denounce as attempts to erode the independence of the judiciary.

In a temporary move that analysts said was highly likely to become permanent in future, the Court of Justice of the European Union ordered the suspension of a new disciplinary chamber of the Polish Supreme Court, which has a politically selected membership and extraordinary powers to prosecute judges who oppose the government.

“Judging from the past rulings of the European tribunal, we can expect that today’s decision is a preview of a future conviction for the illegal persecution of the Polish judges by the government,” said Judge Krystian Markiewicz, president of Iustitia, the biggest association of judges in Poland. “This decision is just about the disciplinary measures, but it’s clear that the court questions the state of the rule of law in Poland in general.”

Still, Poland’s officials responded with contempt, suggesting they might not follow the court’s order. A deputy justice minister, Sebastian Kaleta, said in a statement posted on Twitter that the European court had “no power to evaluate or suspend constitutional organs of any member states.”

“Today’s ruling is an act of usurpation violating Poland’s sovereignty,” he said.

The court can, however, impose substantial daily fines if Poland fails to comply with the order within a month.

Despite earlier adverse rulings in the European court and threats of sanctions from European lawmakers and officials, the populist governing party has continued efforts to put its mark on most of the key institutions of Poland’s judiciary in the past four years. Officials have described the changes as designed to purge corruption and vestiges of communism.

The European court’s decision was in line with recommendations issued by the European Commission, the European Union’s executive arm, in January.

A further sign of trouble came in February, when a German regional court in the city of Karlsruhe declined to extradite a Polish citizen under the European Arrest Warrant procedure, saying it could not be confident that he would be guaranteed a fair trial in Poland — a remarkable rebuke from the judiciary of one E.U. member country to another.

Experts say that if Poland does not change course, this verdict will mark the beginning of Warsaw’s exclusion from the European legal community.

“This had been long expected, and now an avalanche is coming,” said Artur Nowak-Far, professor of European law at Warsaw School of Economics. “Soon the courts in other member states will be questioning Poland’s compromised judiciary, referencing the German example. Poland’s rulings will also no longer be trusted in the European Union, and that means serious trouble for Warsaw as well as international business that has any ties to Poland.”

More international institutions have expressed concerns over the legal standoff in Poland. The Council of Europe added Poland this year to its monitoring procedure on the rule of law, making it the only E.U. member country on a list including the likes of Turkey and Russia.

“The European Union is first and foremost a community of law, and Poland is violating that community,” Professor Nowak-Far said. “This is already the fifth or sixth case relating to the state of the rule of law in Poland before the European court. And we can expect at least one more in the near future regarding Poland’s new disciplinary measures.”

The new disciplinary system, which critics call the “muzzle act” or “gag law,” includes provisions that aim to prevent judges from questioning the independence of peers picked by bodies controlled by the governing party. It also seeks to punish those who publicly criticize the government’s judicial overhaul and forces judges to report their membership in any associations.

As the measures began in February, several Polish justices quit their posts, saying that they could no longer in clear conscience fulfill their obligations.

Judge Stanislaw Zablocki, who had been sitting on the Supreme Court panel since 1991 and served as the head of the Criminal Chamber, retired a day before the law came into effect.

“A lawyer cannot break the rules and cannot set an example of breaking those rules, especially at a time when so much depends on how thoroughly young justices, young lawyers abide by the rules,” he said in a long statement posted on Facebook. “I will not contribute to proceedings that are founded on this law that, in my opinion, violates Poland’s Constitution and the values considered to be the foundation of European law.”

All across Poland, judges protested the new law on what they called “Black Friday for European Judiciary.” Judges from a regional court in the northern city of Gdynia posed for photographs with their mouths covered with duct tape. Judges in other cities were photographed holding muzzles and banners saying “We will not be intimidated” and “The Disciplinary Chamber is not a court and its decisions are not rulings.”

Following those events, Iustitia released an alarming report about the reprisals dozens of Polish judges have faced in the last two years as a result of criticism of the government.

Those reprisals include disciplinary proceedings, state-led campaigns of intimidation, pay cuts and, most recently, criminal charges. Judge Igor Tuleya, a vocal critic of the judicial overhaul, faces up to three years in prison if the new disciplinary board waives his immunity.

He has been charged with undermining a trial by allowing reporters at a closed hearing in 2017. But Judge Tuleya said in an interview that he had no doubts that the charges have more to do with the ruling he issued in that case, which was “very much not to the ruling party’s liking.”