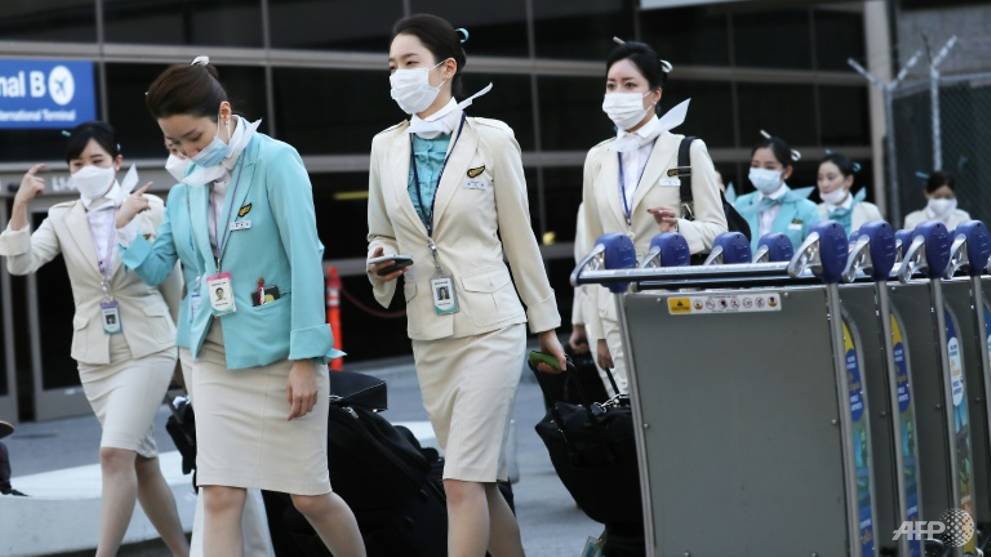 SEOUL: South Korea’s flag carrier Korean Air will put 70 per cent of its 19,000 staff on furlough, it said, as it scrambles to cope with the coronavirus pandemic that has brought global aviation to a standstill.

The airline industry is among the sectors worst hit by the virus and the ensuing travel restrictions, with thousands of flights cancelled, routes cut, and companies facing financial turmoil.

Korean Air is the flagship of the Hanjin group, one of the multifaceted, family-controlled conglomerates known as chaebols that dominate business in South Korea and played a key part in its rise to become the world’s 12th-largest economy.

Most of its staff will go on leave from Apr 16 for six months in response to “deteriorating business circumstances”, Korean Air said in a statement.

According to normal South Korean practice, the workers will receive 70 per cent of their normal pay, with most of it – reportedly up to 90 per cent – funded by a government scheme for industries in need of special assistance due to the coronavirus.

The furlough measure comes after a months-long battle for control of the company between members of its founding Cho family.

Cho Hyun-ah, who had made global headlines for a “nut rage” scandal when she forced a taxiing plane back to the gate over a bag of macadamia nuts, sought to oust her brother Cho Won-tae from the chairmanship.

The brother fended off the challenge, winning 56.67 per cent support in a shareholder vote last month.