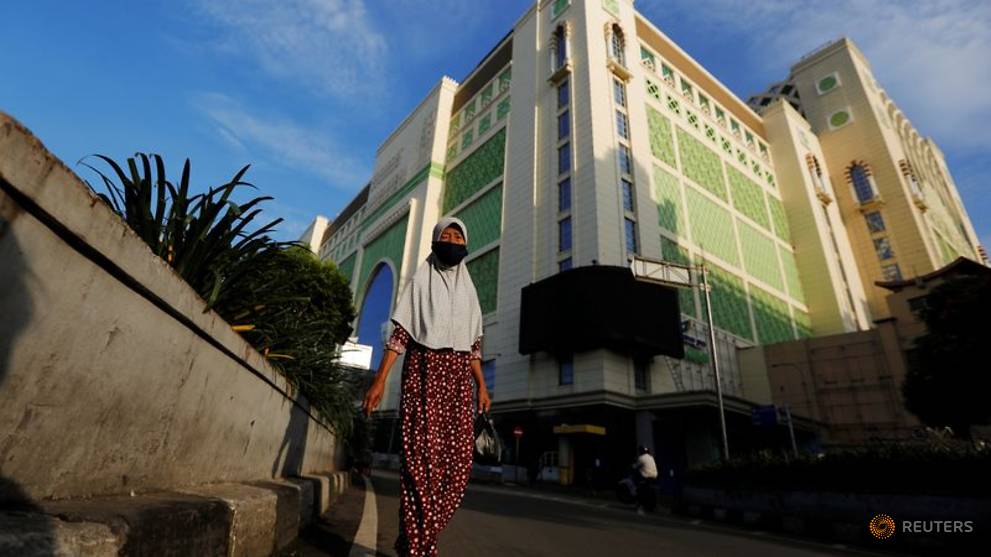 JAKARTA: Mr Haekal Anshori, an employee in a small T-shirt printing shop, has been trying to contact his employer for days.

He was trying to get an update on his monthly salary, which is now one week overdue. He is owed 2.5 million rupiah (US$212.50), which would have been a lifesaver as Jakarta is on the verge of implementing the so-called large-scale social restrictions to battle the COVID-19 pandemic.

The 30-year-old was also looking for his employer to issue a signed statement indicating that he had been forced to take unpaid leave. Without the statement, the bank would not allow him to restructure the loan for his motorcycle and defer payments.

The printing shop was last working on an order of 10,000 t-shirts for a marathon, before the event was postponed indefinitely due to COVID-19.  Around 9,000 T-shirts for the marathon are now in the shop’s storage room, collecting dust. The shop was never paid.

READ: ‘There must not be more victims’ – Indonesian volunteers and businesses unite to produce protective gear

“My boss told me that he is trying to get the marathon organiser to pay up. He promised that once they do, he will be able to pay me and seven other employees,” Mr Anshori told CNA.

Mr Anshori’s employer, he added, has refused to issue a signed statement for the bank.

Mr Andri Yansyah, chief of the Jakarta Manpower Agency told The Jakarta Globe earlier this week that 132,279 workers from 14,697 companies had been put on forced unpaid leave.

Mr Yansyah said the unemployment number in Jakarta is still likely to increase as the agency is still inviting other companies to register their laid-off workers.

Manpower agencies across Indonesia are only keeping track of workers who are formally employed by registered companies.

These workers’ rights are protected by the Indonesian Labour Law and labour unions would often advocate on their behalf if they are treated unfairly by their employers.

But according to the Indonesian Statistics Agency, there are more than 55 million workers in the informal sector across the country. As they are not formally employed, they are not protected by the Labour Law.

Mdm Julaiha, who like many Indonesians go with one name, is one such worker.

The domestic worker has been out of work since her Taiwanese employer decided to leave Indonesia in mid-March.

“My employer was kind enough to pay my salary for the whole month before he left. But that is only enough to last me for another month. I don’t know when he will be back or whether he will still hire me when he gets back,” Mdm Julaiha told CNA.

To make matters worse, her 20-year-old son – who still lives with her – has also been forced to take unpaid leave since the restaurant that employed him temporarily closed its doors on Mar 24.

The restaurant, she said, only told her son: “Here is your March salary … Don’t come to work until further notice”.

The 47-year-old widow said since the outbreak, life has been tough and uncertain. “Prices have gone up. There is no work. Even if there is work, we are discouraged from going out of our home. All I can do is stay at home and hope the government will help us,” she said.

Mdm Tanti Julianti, a janitor working at a Central Jakarta office building, said she had been forced to settle for a considerable pay cut.

“The building management said because people have been working from home, our service is only needed twice a week to mop the floors and vacuum the carpets. Because we are doing less work, the management said they can only pay us half of what we are supposed to get,” she said.

“Of course we don’t like it. But what else can we do? It’s better than no pay at all”.

“We have prepared a social safety net to enable the grassroots to fulfil their basic needs and maintain their purchasing power,” he then said.

The stimulus would be channelled through existing government programmes meant to aid underprivileged Indonesians with cash and benefits.

The president announced that the number of beneficiaries for such programmes would be increased.

Around 5.6 million informal workers who lost their jobs, as well as small business owners who lost their income because of the outbreak would be given a benefit of up to 1 million rupiah a month for the next four months.

But Mdm Julaiha, the domestic worker, said she had no idea how to apply for such benefits.

“I tried to apply for free electricity but I was told I was not eligible because my electricity is above the subsidised wattage of 900VA,” she said.

“I am monitoring for any announcement on how to apply for benefits and cash handout programmes. So far, none of my neighbours and friends have any clue.”

Mdm Julaiha said with no work in Jakarta, she is trying to go back to her village in Magelang regency, Central Java.

“At least, food prices are much lower in my village. My family has a farm there so we won’t have to worry about food.”

But the government has discouraged people from going back to their hometowns and villages, particularly as the Muslim fasting month of Ramadan approaches.

READ: Explainer – What now for Indonesia after Jokowi signed regulation on social restrictions to tackle COVID-19?

Last year, 23 million Indonesians travelled from cities like Jakarta to the villages as Muslims looked to spend the Eid holidays with their families.

The government fears that the yearly exodus would spread the disease and instructed that all travellers be monitored and put under mandatory self-quarantine.

“I don’t mind,” Mdm Julaiha said when asked if she is willing to be quarantined when she reaches her hometown. “In Jakarta, we are also staying at home all day doing nothing. What’s the difference?”

The government has not formally barred people from travelling but Mdm Julaiha said she plans on leaving Jakarta this week in case the government changes its mind.

Mdm Julianti, the janitor said she is also planning to leave Jakarta and head back to her West Java village, 60km away from the Indonesian capital.

Meanwhile, Mr Anshori said he is staying in Jakarta at least until his boss pays him or decides to reopen the t-shirt printing shop.

“In the meantime, I am applying to be a motorcycle taxi rider. At least I can earn a little bit of money by making deliveries,” said Mr Anshori, who is originally from a village in Cianjur Regency, West Java.

“But if I don’t make enough money. If the situation continues to be like this, I might have to go back to my village.”