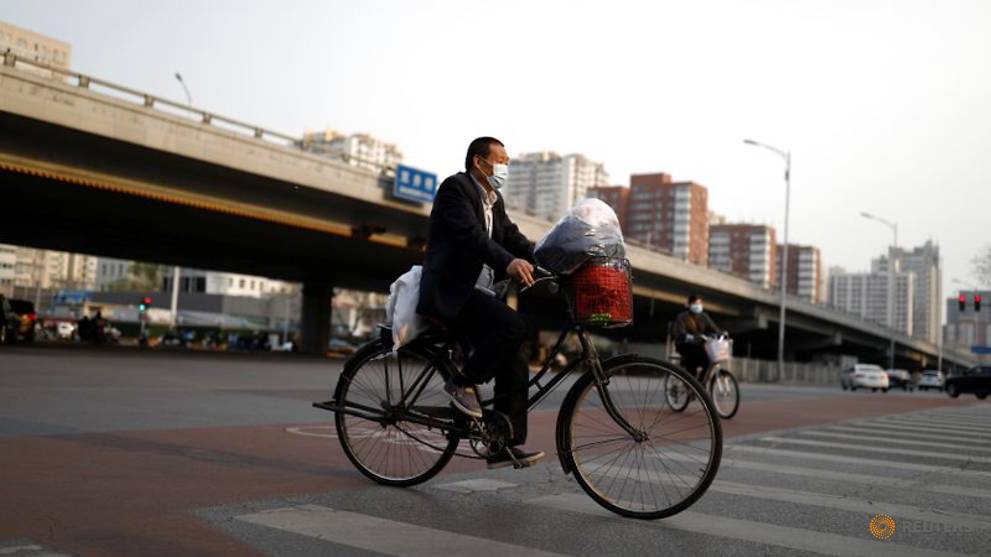 BEIJING: Mainland China reported on Wednesday (Apr 8) 62 new confirmed cases of the COVID-19, almost double from the 32 cases reported a day earlier, the National Health Commission said, as the number of infections from people arriving from abroad surged.

Mainland China’s imported cases stood at 1,042 as of Tuesday, up by 59 from the day earlier, according to the health authority.

That brings the total number of confirmed cases to 81,802 so far.

This comes as the city of Wuhan began allowing people to leave on Wednesday for the first time since it was locked down 76 days ago to contain the virus.

China sealed off the city of 11 million people on Jan 23 after it became clear that the flu-like virus that had emerged in the city in late 2019 was highly contagious and potentially deadly.

Based on ticket sales, 55,000 people will leave Wuhan by train on Wednesday, state broadcaster CCTV reported, citing the railway authority.

More than 50,000 people have caught the virus in Wuhan and the death toll in the city has reached 2,571, about 80 per cent of the total fatalities in China, according to official figures.

At its peak, the lockdown saw people forcibly confined to their homes and the transport and industrial hub resembled a ghost town with streets deserted except for police patrols and emergency vehicles.

But such restrictions have eased in recent days as new infections dropped to a trickle.

Wuhan residents are still urged not to leave their neighbourhood, the city and even the province unless necessary, health officials said on Tuesday.

Tall barriers continue to surround housing compounds and residents can only leave only if they have a green health code or documents showing a valid reason.