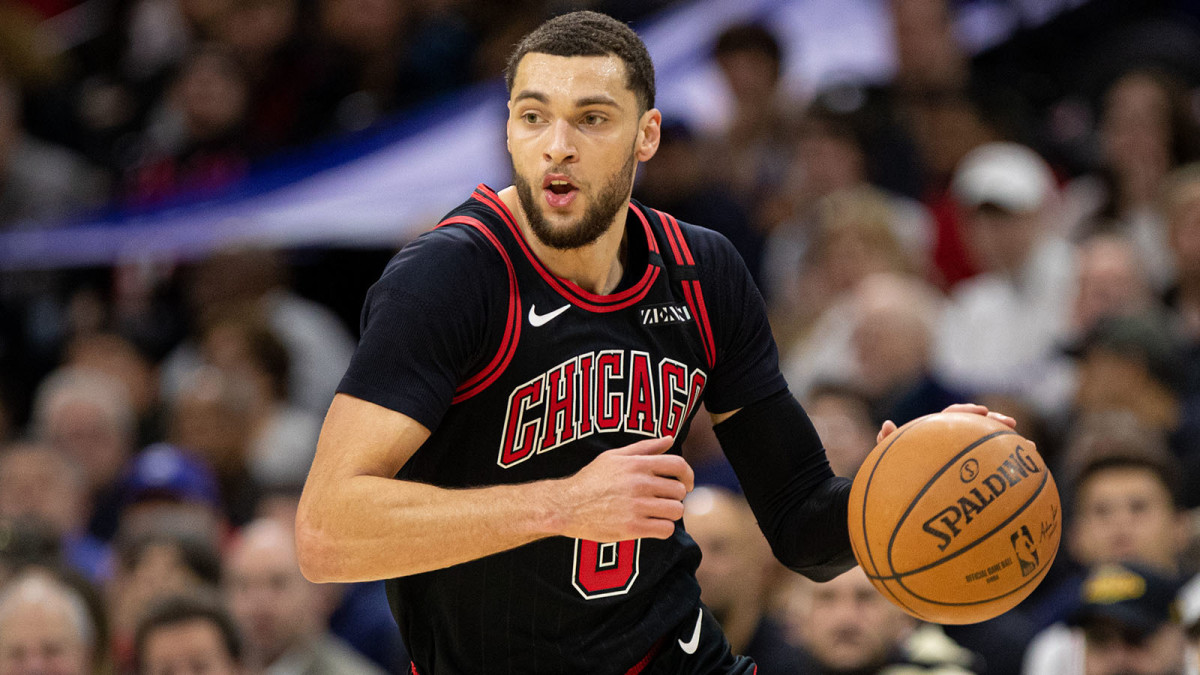 If there’s one thing that’s easy to agree upon with regard to the Bulls’ pending change in front office leadership, it’s that an impetus for change was long overdue. Executive VP of basketball operations John Paxson and GM Gar Forman are set to step aside into smaller roles with the organization after a frustrating half-decade filled average to below-average teams. Bulls ownership, with the process being spearheaded by team president Michael Reinsdorf, wants a decision sooner than later—putting the new hire in position to evaluate the state of the organization as soon as possible, with the fate of the 2019-20 season still pending due to the NBA’s coronavirus shutdown, and the draft and free agency operating on an uncertain timetable.

As ESPN reported, at this stage the Bulls’ search for a head executive centers on two candidates: Nuggets general manager Arturas Karnisovas and Jazz general manager Justin Zanik, both of whom were permitted to interview with the organization this week. Two other candidates, Pacers GM Chad Buchanan and Heat VP of basketball operations Adam Simon, opted to remain in place. Chatter surrounding Raptors GM Bobby Webster, entrenched in one of the league’s most stable situations in Toronto, has slowed. Karnisovas and Zanik are well-respected figures in league circles and key figures within Western Conference contenders that have successfully built through the draft. Either would be a substantial addition, with a potential wave of front-office hires to follow as the franchise restructures.

Karnisovas has worked under Tim Connelly in Denver since 2013, known as a sharp evaluator with strong international ties. The Nuggets famously plucked Nikola Jokic with the 41st pick in the 2014 draft, among numerous hits in recent years, and boast one of the more well-regarded staffs in the league. He was promoted to GM in 2017 after being up for the Bucks’ vacancy, which ultimately went to Jon Horst. Zanik was also up for that job after working as Milwaukee’s assistant and then interim general manager, but wound up going to Utah in 2017 instead. He has ties to the area after attending Northwestern, was a player agent before moving into the executive ranks, and is lauded for his understanding of structure and level of organization.

Regardless of who’s in charge, how the Bulls opt to move forward with their mishmash of a roster will be worth watching. It would probably be harsh to characterize this as a teardown situation, given the still-promising talent on the roster (Lauri Markkanen, Wendell Carter, Coby White) and veterans like Thaddeus Young and Tomas Satoransky playing on movable contracts. Otto Porter has a player option for next season, and leading scorer Zach LaVine has two years left. With Carter (still 20 years old) and Markkanen (22) each having missed significant time early in their careers due to injury, there’s something to be said for allowing them time to jell. The Bulls were 22–43 when the season ended, and some progress back toward .500 should be the expectation if the roster is fully healthy. Two years from now, the cap sheet is fairly clear, and if there’s any shift in reputation, the Bulls could finally be real players in free agency.

The other immediate matter at hand is what to do with incumbent coach Jim Boylen, who’s been a frequent target of criticism as the team has struggled, but has also served as an organizational soldier of sorts, and is bound to be viewed as a holdover from the Paxson/Forman era. On one hand, there’s rationale behind handpicking a new coach. On the other, there’s something to be said for using the initial stretch as a sort of buffer period. Boylen almost certainly won’t be the long-term coach in Chicago, but his contract was extended in May 2019, offering a runway for the new leadership to assess what works internally.

In spite of the team’s recent failures, there’s still a definite allure to the job—Chicago is one of the league’s biggest markets, the franchise, of course, has a rich history, and bottom line, it’s a great place for teams to win. The Bulls are viewed as a highly desirable destination, with ownership’s historical reticence to spend big, in spite of being a major-market franchise, one of the few stumbling blocks. There is a level of skepticism in league circles as to whether or not Paxson will earnestly take a back seat when it comes to basketball decisions, although local reports have indicated Paxson appears genuinely willing to step aside.

For all intents and purposes, the Bulls will be handing over full control, and it’s a plus that their ownership group isn’t known for heavy meddling, with an almost unconventional amount of patience with front-office personnel over the years. Paxson had been in place as a lead executive since 2003, succeeding Jerry Krause, who began his tenure as GM in 1985. If history says anything, this is a decision that will carry long-term weight. But given the circumstances, the Bulls’ simple choice to make a substantial move appears a step in the right direction.