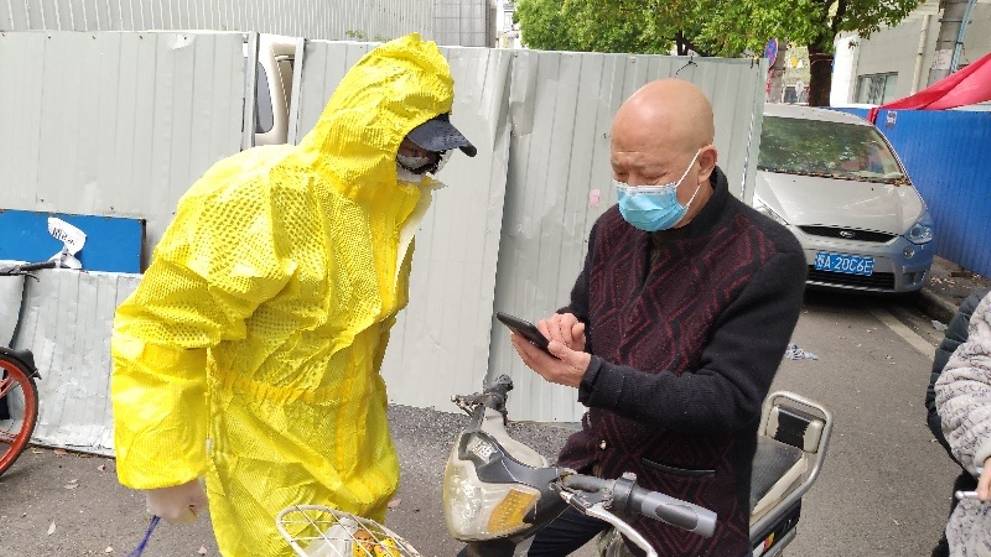 WUHAN: Two days before Wuhan, the epicentre of the COVID-19 outbreak, came under an unprecedented lockdown, 40-year-old cross-talk performer Li Jinglun had no idea it would be the last time he would be standing on stage for a while.

As Wuhan became the “eye of the storm”, said Mr Li, he never expected to take up a new role as a volunteer manning entry and exit points in neighbourhoods every day.

His duties involved making sure residents had the appropriate permits to move about the city, as well as ensuring they scanned their health codes as required.

A city of 11 million people, Wuhan officially came under lockdown on Jan 23. The city accounts for the bulk of 81,802 COVID-19 cases and more than 3,300 deaths reported in mainland China.

“There were many people who were making a sacrifice and contributing to Wuhan, including many workers and volunteers from other parts of China,” said Mr Li.

“As a Wuhan resident myself and being a man with no pre-existing health conditions … I decided to step forward.”

The father-of-one recalled the anxiety he felt before his first shift as a volunteer.

“You will come into contact with all kinds of people, and you don’t know if that person has been infected or is a carrier, even whether or not they will be wearing a mask,” he said.

“Once, we were on duty, we were standing for five hours, there was no chance to sit, there was no time to drink water, we did not dare to remove our masks to eat anything.”

Dealing with uncooperative residents was also a challenge for the volunteers.

“I would ask myself, ‘why (did) I dig this hole for myself?’ But when I think about it, this kind of communities is actually the kind that requires our care the most because they may not understand the severity of the situation, or how scary the virus is. ”

With the situation in Wuhan improving, Mr Li performed his last shift as a volunteer on Monday (Apr 6). He now hopes to take some time to translate what he has seen and experienced into his craft.

“Due to the restrictions, people could only stay home and see what was shown in the media. There is a side of things that people may not know, and it requires people like us to uncover it and put it on stage,” said Mr Li.

But he does not expect life in Wuhan to return to normal immediately. He plans to stay home as much as possible, amid some of the strict measures that are still in place.

There has been rising public concern over imported cases and asymptomatic cases in China, even if the total number of cases has fallen.

The lockdown that has kept Wuhan residents indoors for the past two months has also devastated many businesses.

“A lot of shops had to close and were not allowed to operate,” said 36-year-old Jasmine Li, who is the co-owner of a dessert shop in Wuhan that has been closed for two months.

“The government has many initiatives for small micro-enterprises like us. Our landlord has also waived our rent for two months, so it’s still okay.”

The shop owners are currently applying to reopen the shop and hopes to do so by mid-April.

But she is aware that it may not be business as usual. Despite putting in place precautions and getting approval from authorities, people are likely to remain cautious, she said, especially since the pandemic is still raging in other parts of the world.

“We think this year people won’t be gathering that much, for meals or parties, but there may be more takeout and deliveries instead,” said Ms Li.

“So, we need to produce more items that are easy to transport.”

HELPING WUHAN WHILE AWAY FROM HOME

For those living outside Wuhan, being away from family and watching their hometown struggle to contain the outbreak has been difficult.

When Singapore-based Wuhan native Guo Huixin saw her city come under lockdown, she jumped at the chance to work with non-governmental organisation Humanity Matters to source for masks and other supplies so they could be donated to hospitals in her hometown.

“Some of my family friends (in Wuhan) unfortunately got the virus and passed away, and I can see the suffering there,” recalled Ms Guo.

”At that time, you feel that if you have a chance to just do anything, I will grab this chance to help, even if it’s just a little. Maybe a few thousand pieces (of masks) is also good enough.”

She continues to stay in touch with her family via Chinese messaging app WeChat, but knows that it will be some time before she can see them in person. Her trip back to Wuhan in April has been postponed.

“My parents also suggested that I stay (in Singapore) to wait until the situation becomes better,” said Ms Guo.

“But I think the sad thing is that I won’t see them for more than a year. I think I will miss them very much.”