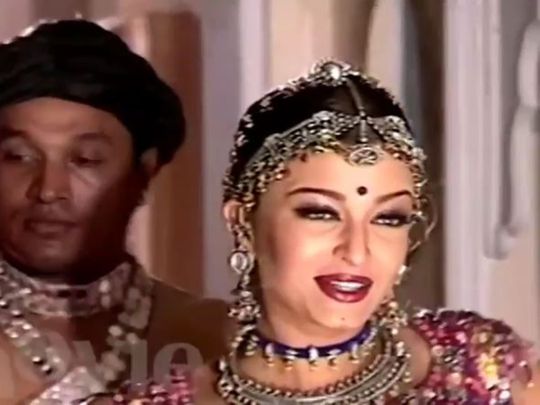 A video featuring on-set shots of Aishwarya Rai Bachchan in her early Bollywood days, from a film that was never completed, has been doing the rounds of social media all of Tuesday.

Rai Bachchan had started worked on the film titled ‘Radheshyam Sitaram’ about 23 years ago, and it co-starred Suniel Shetty. However, the film never released.

In the video, Rai Bachchan wears a purple lehanga (skirt) with a matching embellished choli (top), and is decked up with heavy jewellery and make-up.

In the video, she can be seen filming a 90s-style dance.

Reacting to the post, a user commented: “Lovely. Always adored her.”

Another one wrote: “Can’t take my eyes off her.”

On the work front, Rai Bachchan was last seen in the 2018 musical film ‘Fanney Khan’, co-starring Anil Kapoor and Rajkummar Rao. She will be next seen in Mani Ratnam’s upcoming film.