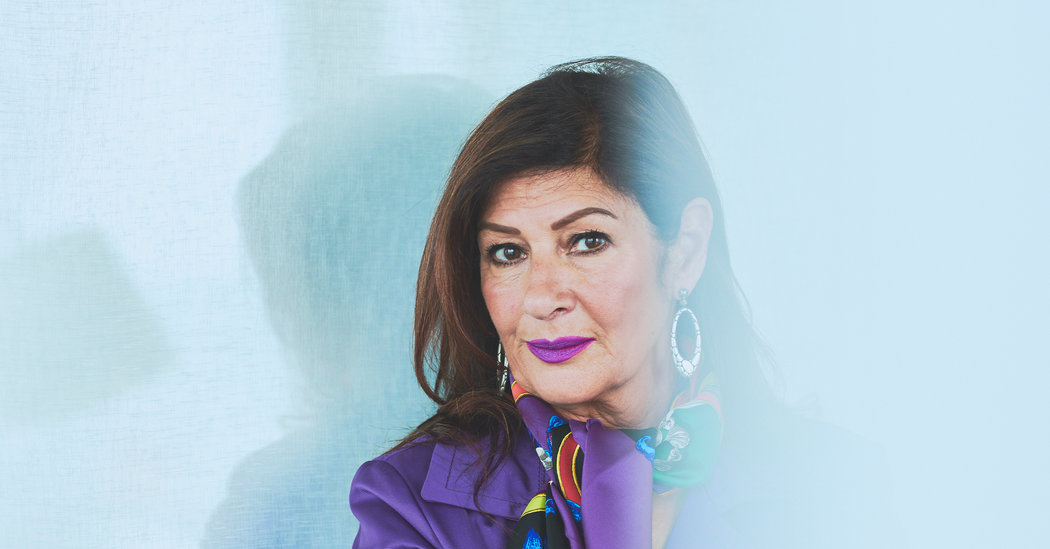 Elena Aprile was in a race against time.

Her Xenon experiment, one of the world’s largest and most expensive investigations into the nature of dark matter, was coming together beneath Gran Sasso, a mountain in Italy. But Dr. Aprile, a Columbia University physics professor, was stuck in her apartment in Brooklyn as New York entered an indeterminate period of lockdown to contain the spread of the new coronavirus, and she was “living on Cheerios and milk,” she said.

In Italy, about a month into its own lockdown, a skeleton crew was trying to finish assembling her experiment’s expensive and delicate detector and safely seal it in place deep below the mountain’s rocks, before the virus brought down the hammer on even this much group activity.

What followed was an illustration of how some science is managing to get done during a plague. At stake was perhaps nothing less than the secret of the universe.

Astronomers have reluctantly concluded over the last half-century that most of the matter in the universe is invisible. They suspect that this invisible stuff consists of giant cosmic clouds of subatomic particles called “wimps,” for weakly interacting massive particles, left over from the Big Bang.

Mostly impervious to normal forces like electromagnetism, these particles drift through the world, and through us, like ghosts through a wall.

In the quest to spot them, physicists have built a succession of bigger and bigger detectors. But as they’ve gained greater and greater clarity, they have seen no wimps, which has created a crisis in physics.

In the 1970s and 1980s, fashionable but speculative concepts in particle physics were devised to explain some of the deeper mysteries of fundamental physics. One, supersymmetry, suggested that the universe might be littered with undiscovered particles that could act like dark matter. But over the years, the most promising models of what these particles might have been were slowly crossed out. This leaves many of the mysteries of the universe — like why stars are so big and atoms are so small — with no plausible explanation.

The wimp experiments keep improving. But eventually they could reach a limit called the “neutrino floor,” becoming so sensitive that they are overwhelmed by neutrinos, ghostly super-elusive particles that flood the universe from the sun, the stars and the Big Bang. Any wimps passing through will be impossible to discern in this sea, and there the wimp search will end.

“So we have a few more years where this guy can hide, but it’s not there yet,” she said.

Dr. Aprile and her team — a globe-spanning confederation — planned to record the pit-pat of dark matter particles raining into a tank of liquid xenon lined with 500 photomultipliers and other sensors, and placed far underground to shield it from cosmic rays. The hope was that her team’s device would spot the rare collision of a wimp with a xenon nucleus, an event she estimated might happen about once a year per ton of xenon.

Dr. Aprile was reluctant to put a price on the project. An earlier version of the experiment with 3.3 tons of xenon cost $30 million. But that didn’t include the people, she said. A big part of the cost is xenon itself, which costs around $2 million per ton, she added. Her new detector will have 8.5 tons.

A rival experiment called the LZ Dark Matter Experiment, also using eight tons of xenon, was being assembled in an old gold mine that is now the Sanford Underground Research Facility, in Lead, S.D. And there is a whole alphabet soup of other experiments stashed in old mines and tunnels around the world, with names like PandaX, DarkSide and SuperCDMS.

But now coronavirus was infecting even the cosmos. Richard Gaitskell of Brown University, one of the principal scientists of the LZ experiment, said in an email that their project had temporarily been mothballed “out of an abundance of caution and to allow personnel to respect shelter in place.”

Dr. Aprile said, “All of us will have delays due to this damn thing. If one of my people gets sick, I will feel so bad.”

Research on the run

Dr. Aprile was born in Milan. To say that she lives a peripatetic life would be an understatement. She teaches at Columbia but commutes regularly to L’Aquila, a town in central Italy near the Gran Sasso National Laboratory, which lies off a tunnel through the mountain of the same name, beneath nearly 4,600 feet of rock.

Until March she had been living the typical jet-setting life of particle physicist. In November she attended a physics conference in South Korea. In February, after a brief stop in New York, she was in Italy at Gran Sasso for three days. From there she went to a conference in South Africa, and on to the University of California, San Diego, where she was a visiting professor.

Then the universities shut down. Worried about her two daughters, who live in New York, Dr. Aprile returned home. She had planned to return to Gran Sasso in early May after her professorship was done, when they would start testing and running their detector. But the virus had other plans.

Stefano Ragazzi, director of the Gran Sasso lab, said that the experiments there are designed to be conducted remotely. As a result, there were only about half a dozen scientists on site in March when the coronavirus hit Italy.

It is safer and easier to keep experiments running, rather than shut them off and later switch them back on, he explained, so the lab’s experiments have continued to operate as they would during the winter holidays.

Dr. Ragazzi announced that, to ensure the safety of the people and the equipment, work in Gran Sasso would be limited only to what was necessary.

“Xenon was amid critical ongoing operations,” Dr. Ragazzi said in an email. “We asked them to come to a safe stopping point and to pause operations.”

That stopping point would come once the detector had been sealed in its cryostat — a big thermos bottle that could keep the xenon inside at minus 150 degrees Fahrenheit — and all the air had been pumped out, Dr. Aprile said: “The point is to enclose it in a cryostat, seal it, make it leak-tight.” She spoke over the phone after a long day of teleconferencing with Italy.

“We close this detector for the first time inside this big water tank,” she said. “Then we spend a few months, if everything goes well, commissioning it to understand how the hell it works. Hopefully it works as you designed. You start to see if there’s a signal. And that’s when you declare OK, and then you start to work.”

All did not go well.

An important step occurred on March 5, when a team led by Luca Grandi of the University of Chicago installed the detector underground. It had arrived in pieces at Gran Sasso from all over the world, “like the pieces of a puzzle,” Dr. Aprile said, and had to be assembled in a “clean room” in a part of the Gran Sasso lab that was aboveground.

The finished detector, known as a time projection chamber, is about five feet long and five feet wide, and weighs half a ton without the xenon in it. The team had to rent a special truck and get a police escort to move it to the underground part of the lab, which is accessible through a highway tunnel under the mountain.

“We didn’t realize it would be so hard to handle,” Dr. Aprile said.

There the detector was installed under the dome of the cryostat. But the cryostat was not ready to be closed. “We were almost done, but now we needed special permissions,” Dr. Aprile said.

Failure to finish installing the detector would leave the tank open to the air, which would increase the chance of contamination by radon, a radioactive gas found in underground spaces and the main source of contamination in experiments like this one.

A minimum of three or four people were needed to handle these final steps. Dr. Aprile had a half-dozen scientists and technicians at the site, so the margin was getting thin. But Dr. Grandi had to leave to teach in Chicago.

Dr. Aprile promoted Petr Chaguine, a scientist from Rice University who had been living in Gran Sasso, to direct the team. He reported back to his friends and family in Houston that his Italian colleagues were “kindly translating news and new government regulations” as they appeared, which was often.

For a while, the team members approved by Dr. Ragazzi could car-pool from their homes to the lab. Then the rules changed and they had to drive separately.

Another rule required a Glimos — Group Leader in Matter of Safety — to visit every day to make sure everything was in order. Roberto Corrieri was doing the job, then announced that he would follow governmental instructions and stay home in Assergi; then he changed his mind and stayed. The only other person who could have done the safety inspection had left to join his family in Naples.

“I did not want to push the boundary if he felt he wanted to stay home,” Dr. Aprile said of her conversations with Mr. Corrieri. “Luckily he is a good guy and realized that doing it was important for many people, so he agreed to do it.”

She added, “I fear, what happens if the team gets infected or gets hurt. The lab gets the blame.”

That left enough people in the lab to continue working. “I had to do a lot of encouraging,” Dr. Aprile said. It helped that they knew each other, and that there were no strangers on the team: “So they were comfortable being close enough to work.”

On March 20, Dr. Aprile received a photo by email of a pair of her scientists, Masatoshi Kobayashi and Danilo Tatananni. They were garbed much like E.R. doctors, in “bunny suits” and masks, which are standard apparel for the clean rooms where sensitive scientific gadgets are assembled. The men were standing in front of her detector, which they had just closed up.

The physicists will now spend two weeks pumping air from the vat, down to a vacuum, at which point it can be monitored remotely. The task of filling the vat with liquid xenon must wait.

“We cannot test drive our new car,” Dr. Aprile said. She was happy and relieved to no longer have to reluctantly urge her colleagues to enter a field of danger.

“They feel like heroes,” she said. “Was it worth it? I’m wondering myself.”