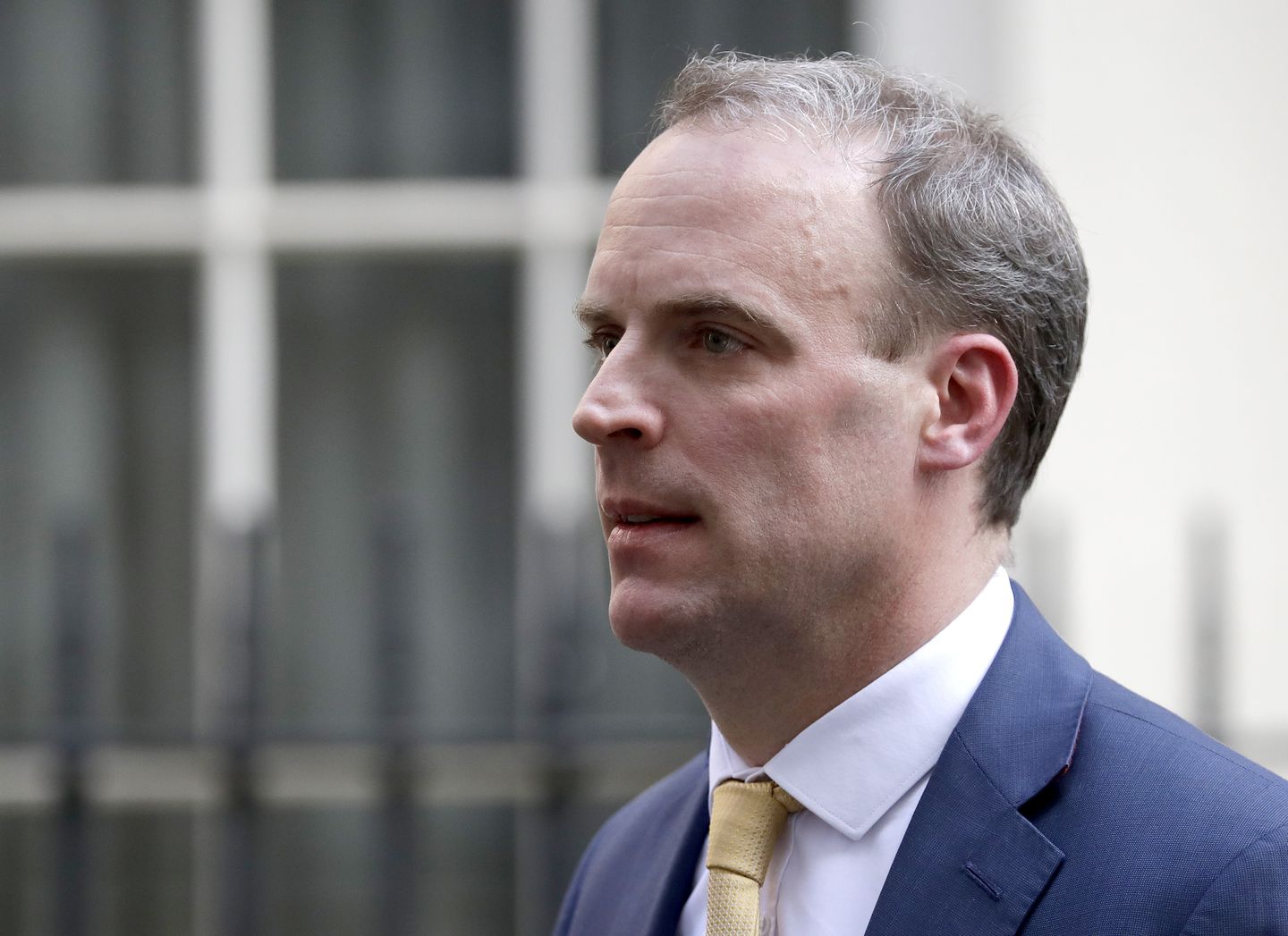 Unlike the United States, Britain doesn’t have black and white rules for who takes over when the leader is no longer able to do the job. There is no one with the title “deputy prime minister.” But even before Johnson was first taken to hospital on Sunday evening, he had nominated Raab to stand in for him if he was needed.

This means that Raab, 46, will now be coordinating the nation’s efforts to tackle the coronavirus outbreak at an extraordinary time in the country’s history.

Raab is known to be extremely loyal to Johnson, which may explain why he was tapped to fill in. Even as he was assuming the leadership role, Raab was keen to stress that he would focus on implementing instructions that Johnson wanted carried out.

“There’s an incredibly strong team spirit behind the prime minister,” Raab told the BBC late Monday. He said that the team were “making sure that we get all of the plans the prime minister’s instructed us to deliver to get them implemented as soon as possible.”

Unlike Johnson, Raab is not a household name. Johnson is a flamboyant, informal, confident — some might even say overconfident — politician who for years has been known to Britons on a first-name basis. His critics may not like his style of politics, but even they would concede he oozes charisma.

Like Johnson, Raab is an ardent Brexiteer, but unlike Johnson, he is not known for dynamic turns from the podium.

He’s “the driest Thatcherite in the Cabinet,” said Steven Fielding, a political expert at University of Nottingham. He also questioned whether Raab’s communication skills were up to the job at a moment with the British public is looking for leadership. “Unless he grows into the role damn quick, Raab isn’t a very reassuring figure,” he said.

“He sweats an incredible amount, and whatever the reason, it’s not a good look if you’re looking for reassurance,” said Fielding. During one much-commented on speech in 2018 when he was Theresa May’s Brexit Secretary, Raab repeatedly dabbed his face. “Sweaty Brexit Secretary Dominic Raab feels the heat,” ran a headline in the Daily Mail.

Fielding added that “when looking for reassurance, Britons can look to the queen, and they got that on Sunday night,” he said, referring to her rare address to the nation that was roundly praised.

Nonetheless, when Raab dialed into the government’s morning meeting, he did so as the group’s leader.

“Dominic will be leading the government’s response at the 9:15 meeting we have this morning, he will be chairing that,” Michael Gove, a senior Conservative politician, told the BBC on Tuesday morning.

Asked if Raab now had the power to hire and fire people in the Cabinet, Gove said that “the prime minister always remains the prime minister,” adding, “I don’t think there is any suggestion of anything other than a great team spirit in government.”

In a separate interview on ITV, Gove said, “the person who is running the country, following the plan that the prime minister has set out, is Dominic Raab.” He said next week’s decision on whether to lift Britain’s social distancing restrictions would be made collectively as a cabinet, but ultimately the final decision maker was now the foreign secretary.

Raab, an ex-Foreign Office lawyer and a karate black belt, made a name for himself in the Conservative Party as a smooth-talking hard line Brexiteer. He ran against Johnson in last summer’s Conservative leadership race, pitching himself as someone who’d deliver Brexit without “bluff and bluster.” But his campaign never really took off and after he was knocked out of the race he moved quickly to back Johnson.

Raab was raised in Buckinghamshire and studied law at Oxford and then Cambridge. He has spoken movingly about his father, a Czechoslovakia-born Jewish refugee who settled in Britain in 1938 aged six. Most of his father’s family, Raab said, were “systematically murdered for no other reason that they were Jews.”

In 2010, he was elected to Parliament in an ultra-safe Conservative seat in Surrey, a county close to London where he lives with his wife and their two sons. He quickly became known as a rising star in the Conservative Party. In 2011, he won “Newcomer of the Year” at the Spectator magazine’s Parliamentary Awards.

Raab once clashed with Theresa May over his views on feminism — he accused feminists of “obnoxious bigotry” — but in 2018 May, who was then prime minister, appointed Raab as Brexit Secretary, his first role in Cabinet. In that role, Raab was widely criticized by pro-E.U. figures for saying he “hadn’t quite understood” how reliant Britain’s trade was on the Dover-Calais crossing. He resigned as Brexit Secretary after four months, saying he couldn’t support the concessions that were being made.

When Johnson became prime minister, Raab was back at the top table, this time as foreign secretary, one of the four “great offices of state.”

Fielding, the professor, said that many of Britain’s big decisions around the coronavirus outbreak — the lockdown restrictions, the testing targets, the ordering of ventilators ­— had been made and for the next few days, “it’s a question of making sure those decisions are applied.”

“Britain can do without a prime ministerial figure for a few days,” he said. “If it’s a question of a month, then certain decisions will have to be made.”