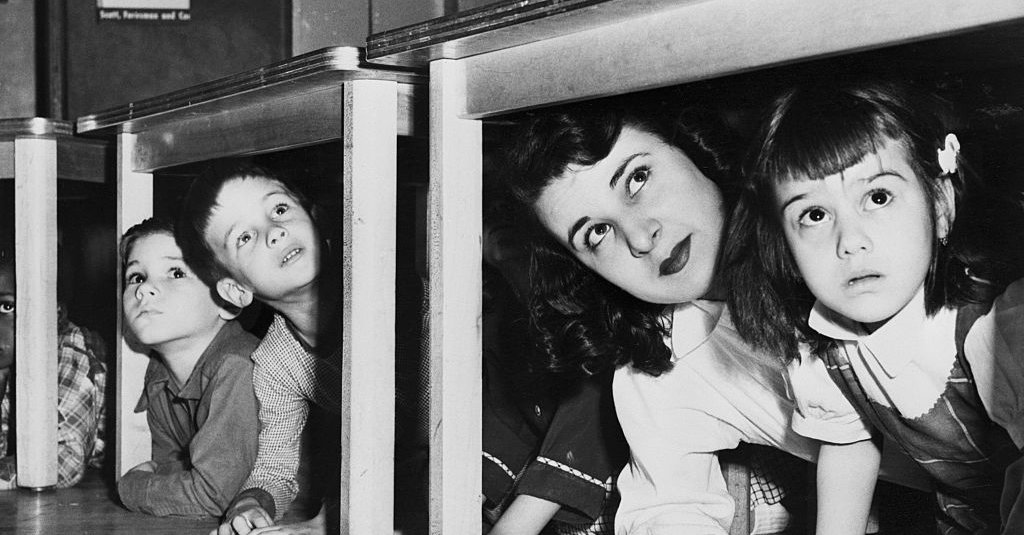 Actually, the clip started with a discussion of plane spotting — that is, how civilians could learn to recognize enemy bombers — between the radio host, Clifton Fadiman, and an aircraft expert, Frederick Hazard. Civilian spotters, with their binoculars, Mr. Hazard said, were on the first line of defense against attack from the air.

My mother’s song (as I think of it) was performed by Irving Caesar, who actually wrote it, who lived a long and successful songwriting life; he was born in 1895 and died in 1996, and his songs include the lyrics for “Tea For Two,” with music by Vincent Youmans, and for “Swanee,” with music by George Gershwin. “Shake Hands” was very much the encouraging ballad of civil obedience that the title suggests, swinging along in march rhythm (“Walk up to him and say, Mr. Warden, I’ll obey, just tell me what to do and where to go!”).

I was overjoyed (in the sense of being reduced to tears) to hear this refrain from my childhood sung all the way through. But I was even more affected by the song that Irving Caesar performed first, “When You Hear the Siren Blow,” written specifically as a “safety song” for the children of America. It’s a much less stirring, less brassy song, written in a kind of nursery rhyme pitter-patter.

The first verse told children what to listen for — one long blast and one that’s short — which would let them know that an air raid was happening. It told them what to do — proceed calmly to a shelter.

The second verse was addressed to mothers, warning them that if an air raid came by day, they should stay away from the schools and let the teachers handle things. At night, turn off any lights that might be visible, and keep food and water and a radio handy.

“Mothers, although your hearts may ache, and lots of courage it may take, be brave, it’s for your children’s sake, your courage will see you through,” the song concludes.

As I said, it doesn’t take much to make me cry these days. And I’m not reaching for war metaphors; a pandemic is a pandemic, not a war or a tsunami. It is its own disaster, and must be met and understood as such.