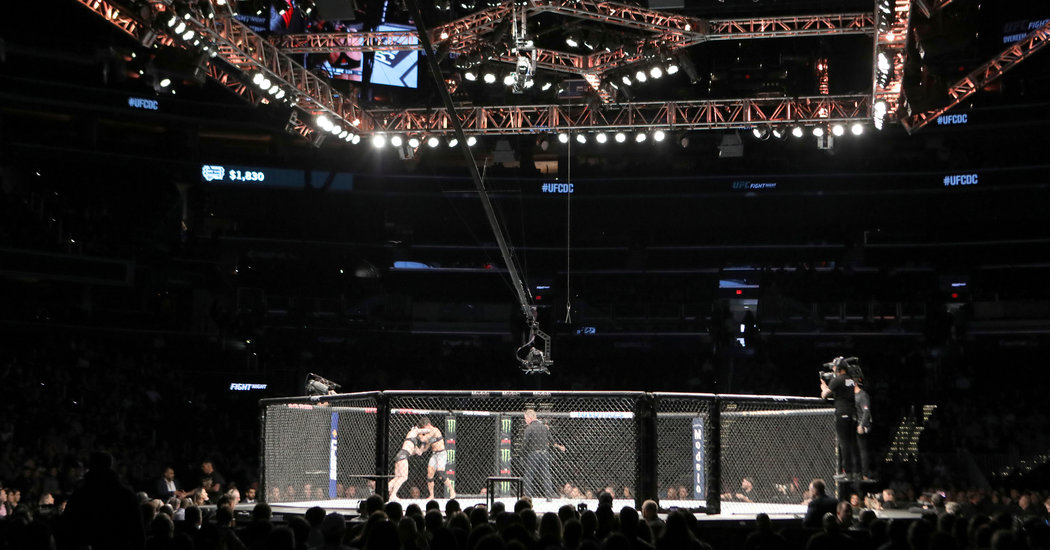 The Ultimate Fighting Championship plans to hold a pay-per-view event on tribal land in Central California this month, an attempted end run around widespread federal and state guidelines against holding large gatherings during the coronavirus pandemic, according to three people familiar with the decision.

Even as most sporting events have ground to a halt worldwide because of the highly contagious virus, Dana White, the U.F.C. president, has insisted he can safely hold mixed martial arts events.

“This place where this fight is going to be on April 18 I have locked up for two months, so I’m going to continue to pump fights out,” White told ESPN on Monday, though he declined to say exactly where.

The location will be the Tachi Palace Casino Resort near Lemoore, Calif., about 40 miles south of Fresno, according to the people, who spoke on condition of anonymity because White had not announced the venue. The casino, which closed the night of March 20 because of the pandemic, is on land belonging to the Tachi-Yokut Tribe, part of the federally recognized Santa Rosa Indian Community.

The U.F.C. postponed three events in March and April as stay-at-home orders became increasingly widespread and states began requiring nonessential workers to stay home. Nevada, where the U.F.C. is based, is under a statewide stay-at-home order until at least April 30 — it has even shut down the Las Vegas casino industry.

By holding the event on tribal land, the U.F.C. is not subject to California’s executive order mandating that people stay at home. The fights on the card also do not need to be sanctioned by the California State Athletic Commission, which normally regulates mixed martial arts events in the state. The commission has canceled all fights through May 31.

“The commission echoes the guidance of California Governor Gavin Newsom, the Department of Public Health, local health officials, and the recommendations of the Association of Ringside Physicians regarding the cancellation of events where people may be at risk of contracting Covid-19 and encourages the industry to do the same,” the California athletic commission said in a statement. “The commission will not participate in the U.F.C. event on April 18, regardless of the event location.”

U.F.C. 249 was originally scheduled to be held on April 18 at Barclays Center in Brooklyn, and to be headlined by a lightweight championship bout between Khabib Nurmagomedov and Tony Ferguson — one of the U.F.C.’s most anticipated matchups in years. But after Gov. Andrew Cuomo of New York restricted mass gatherings and the New York State Athletic Commission announced it wouldn’t authorize the event, White said the U.F.C. would go forward at a different location.

On Monday, White said that Nurmagomedov, now at home in Dagestan, Russia, was out of the fight and would be replaced by Justin Gaethje in the interim lightweight title matchup. Nurmagomedov and Ferguson have been scheduled to fight each other five times since 2015, but each plan fell apart because of injury, illness and now the pandemic.

To book any fights involving athletes who cannot travel to the United States, White has said he secured an island but has not disclosed where.

The April 18 pay-per-view event will be sold by ESPN+, ESPN’s streaming service, and the preliminary card will be scheduled for one of ESPN’s cable channels. An ESPN spokeswoman declined to comment on Tuesday.