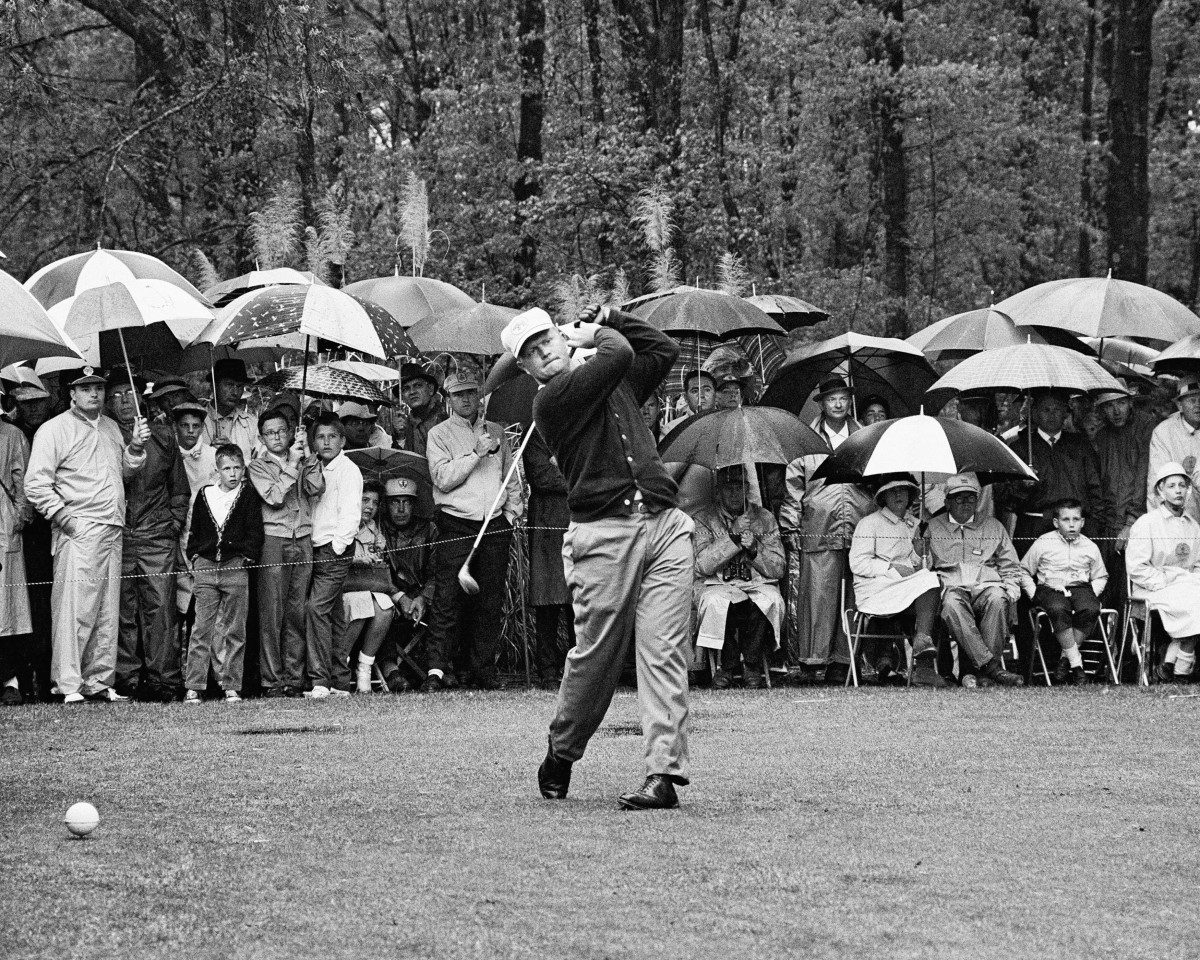 The hallowed azalea-lined greens at the Masters have witnessed some of golf’s greatest moments, turning champions into legends. Jack Nicklaus sits atop that list as the most decorated Masters winner, a run of greatness that started 57 years ago today with his first victory on April 7, 1963.

Nicklaus had only been competing as a pro for 15 months when he arrived in Augusta for the 27th Masters. He finished the first round tied for 16th place after shooting 74 but turned things around in the second to begin his dominant quest for his first green jacket.

Nicklaus shot a 66 with six birdies and 12 pars that Friday afternoon in what Sports Illustrated called “one of the finest single rounds ever played at Augusta National.” He ended the day at six under par and tied for second behind leader Mike Souchak, and predictions began rolling in that Nicklaus would win the tournament.

After a rainy third round on Saturday, he finished with another score of 74 and held sole possession of first place ahead of other majors winners like Tony Lema and Gary Player.

Many credit Nicklaus’s win that Sunday to his concentration while he battled the contenders. While tied with Sam Snead at one under par on the 12th, he bogeyed the hole and dropped out of the lead.

“Just about that time, Snead had birdied a couple of holes in a row and the crowd was cheering. It probably bothered me,” Nicklaus said later. “I came off a seven-iron a little and hit it into the trap in front of the green.”

Gary Player had also moved ahead of Nicklaus on the leaderboard, but his and Snead’s leads were about to end. Snead three-putted for a bogey on the 16th and bogeyed again on the 18th to take himself out of contention. Meanwhile, bogeys at the 17th and 18th holes also sealed Player’s fate.

Nicklaus managed to get back under par when he birdied on the 13th. He returned to the top of the leaderboard with another birdie at the 16th, where he sank a 12-foot putt from the back of the green. Nicklaus arrived at the 18th green and needed two putts from 25 feet back to win. His first putt surprisingly slid three feet past the hole, and he later joked with reporters that he was shocked the second putt made it in.

The 23-year-old Nicklaus threw his hat in the air as thunderous applause erupted around him. Sports Illustrated appropriately predicted in its April 15, 1963, issue that “Jack may earn a few more of those [green jackets] in the future.” Nicklaus won a record six Masters during his career, and five-time champion Tiger Woods is the only player who has come close to tying The Golden Bear.