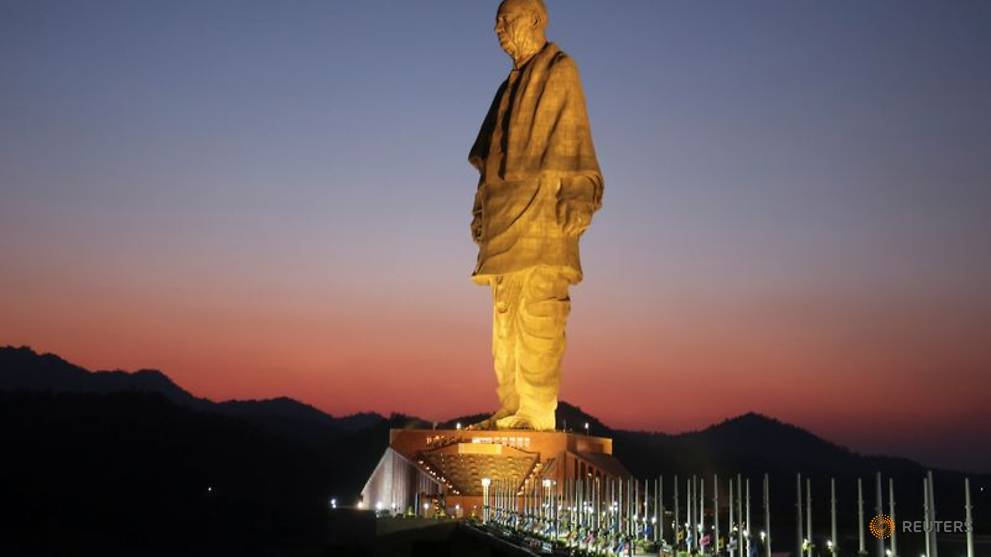 Police in India lodged a case this week against an unknown online fraudster who tried selling the world’s largest statue for US$4 billion, claiming the proceeds would be used to help the Gujarat state government fund its fight against the coronavirus.

MUMBAI: Police in India lodged a case this week against an unknown online fraudster who tried selling the world’s largest statue for US$4 billion, claiming the proceeds would be used to help the Gujarat state government fund its fight against the coronavirus.

While the plot to sell the “Statue of Unity”, a monument that is nearly twice the height of New York’s Statue of Liberty, is among the most brazen cases, police say cybercrimes have surged since the health scare gripped the country.

With scams ranging from free mobile recharges, to offers of free Netflix subscriptions, federal home ministry officials say there has been 86per cent percent rise in cyber crime in the past four weeks.

Police and internal security officials said scammers have created fake versions of the flagship ‘PM CARES Fund’ payments interface that look deceptively similar to the original and many Indians and Non-Residents Indians (NRIs) have fallen prey.

“We have received over 8,300 complaints from individuals across India and NRIs who have donated thousands of dollars into fake accounts,” said a senior home ministry official, adding the retrieval process is a complex task.

“We have already blocked all handles with permutations and combinations of the ‘PM Cares Fund’ that were illegitimate and we are being watchful and ensuring that the handles for donations get verified,” said Dilip Asbe, CEO of National Payments Corporation of India, an umbrella organisation for retail payments.

Police have registered cases against fake offers that Reliance Industries telecom arm Jio and streaming service Netflix Inc were offering discounted services at a time when over 1.3 billion people were forced to live indoors for 21 days to prevent the spread of the coronavirus.

Officials at Netflix and Jio declined to comment on the fraud conducted under their company’s name.

CERT-In, the Indian Computer Emergency Response Team and ReBIT, the technology arm of Reserve Bank of India recently issued warnings about online threats and scams and asked financial institutions to be aware.

“The U.S. Secret Service has also warned nations that during time of uncertainty and increased online activity, cyber criminals are actively working to exploit the current COVID-19 story with attacks aimed at taking advantage of the situation,” said Nitin Bhatnagar, a senior official at PCI Security Standards Council, a global standards body for the payment card industry.