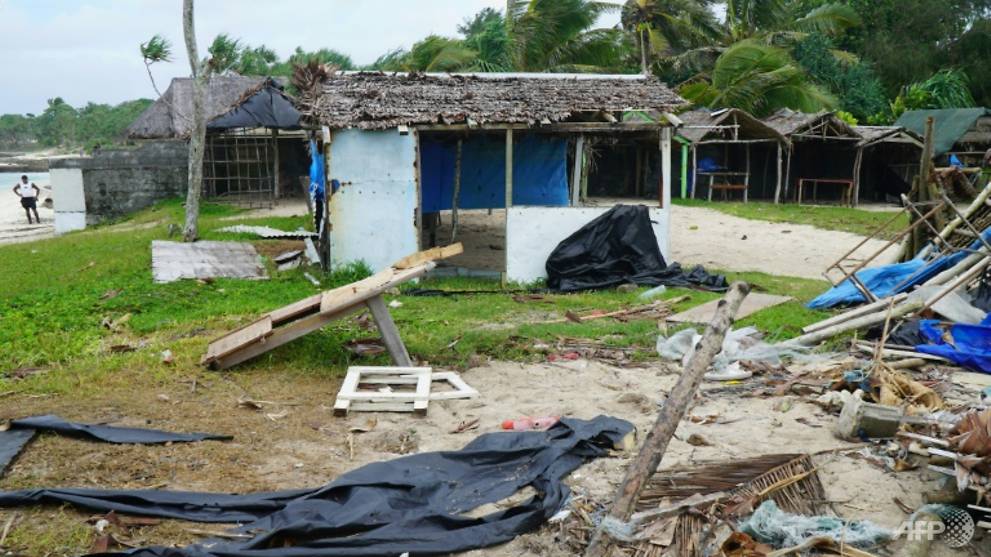 SUVA, Fiji: A deadly Pacific cyclone bore down on Fiji on Wednesday (Apr 8) after leaving a trail of destruction in the Solomon Islands and Vanuatu.

Tropical Cyclone Harold weakened slightly overnight from a scale-topping category five to a four, but was still lashing Fiji with winds of up to 240 kilometres per hour, forecasters said.

Despite the downgrade, it said Harold remained “extremely dangerous” and advised residents in the island’s south to shelter in churches, schools or other substantial buildings.

“Its intensity makes it capable of causing destruction to property and infrastructure, and more significantly, serious injury and loss of life,” the service warned.

Residents in Suva said the capital was already experiencing strong winds and heavy rains, with the storm’s impact expected to peak later Wednesday.

Harold already claimed 27 lives in the Solomon Islands last week and on Tuesday tore through Vanuatu, destroying much of the country’s second-largest town Luganville.

“The NDMO (national disaster management office) carried out some aerial surveys but they did not get back until late last night and we don’t know what they showed,” she told AFP.

But Vanuatu’s international borders are currently closed as the impoverished Pacific nation bids to remain one of the world’s few places with no confirmed COVID-19 cases.

The government has revoked a domestic travel ban imposed as part of its virus response, which will allow disaster relief to flow from Port Vila to the north.