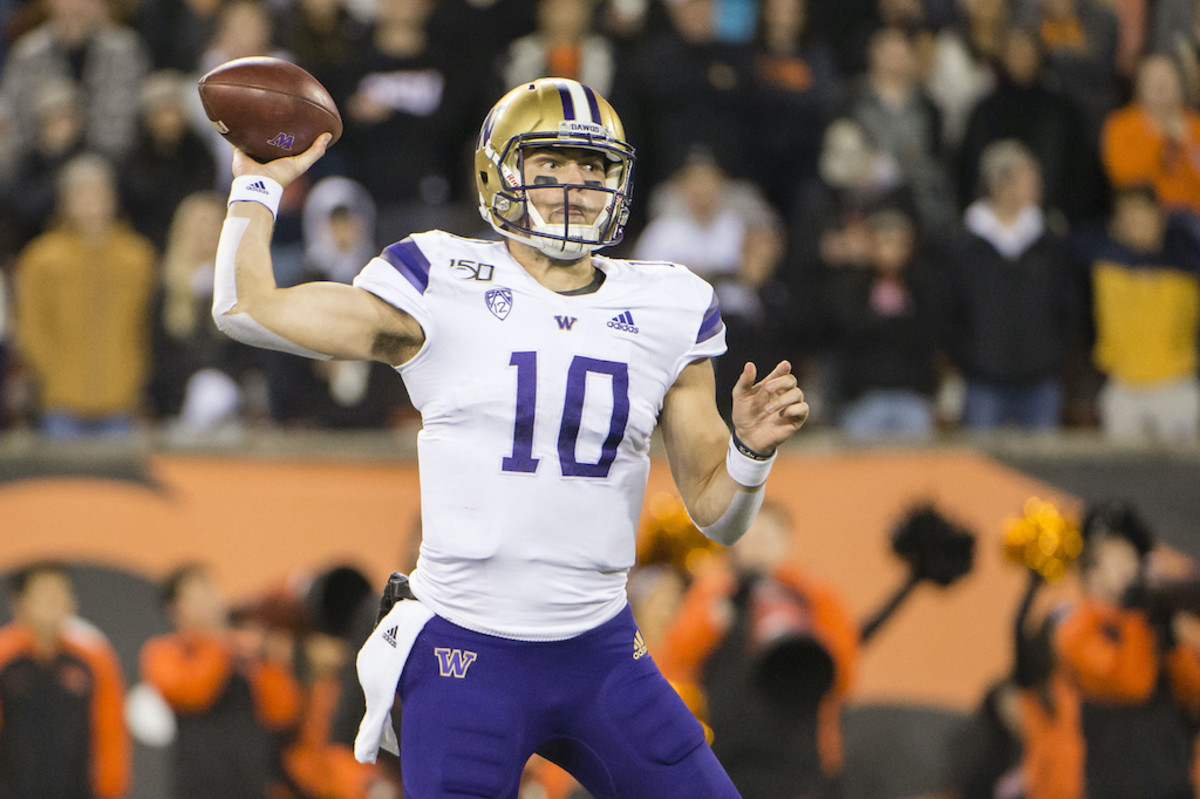 This year’s rookie quarterback class may not be a legendary one, but there are a number of signal-callers who could turn a franchise around. Players like Joe Burrow and Tua Tagovailoa will likely be Week 1 starters, while others may have to wait their turn.

Let’s take a look at former Washington Huskies quarterback Jacob Eason and his prop over at DraftKings (O/U pick 47.5). Will he be drafted before or after the 47th pick? If you think Eason will be drafted before pick 47.5, the price is -104, if you think he will still be on the board after pick 47.5 the juice is -118.

Most people have Eason ranked as the fifth or sixth quarterback in this draft class. Burrow, Tagovailoa, Justin Herbert and Jordan Love are the top four. After that there’s some debate between Jalen Hurts, Jake Fromm and Eason as to who’s next.

NFL talent evaluators love the fact that Eason has a live arm and has the ability to drive the football anywhere on the field. He will need to work on his lower body mechanics when he gets to the next level—he throws from an uneven base quite often. SI’s Kevin Hanson has Eason as his 69th overall ranked prospect in this draft class. Eason should be a second- or third-round pick. He is not a Week 1 starter this year, so Eason will begin his NFL career as a backup or quarterback in waiting.

Eason’s prop number of 47.5 is about midway through the second round and there are a few teams in that range that could select Eason before pick 47. The Indianapolis Colts have the 44th pick in the draft and they could take their future quarterback in that spot. The Buccaneers have the 45th pick and they could use a quarterback to sit and learn behind Tom Brady. Eason’s big arm is perfect for a Bruce Arians’ offense and he won’t be forced into the starter’s role too early with Brady there for two seasons.

Another team that could have interest in Eason is the Green Bay Packers. Packers Maven Bill Huber says, according to a source, that Green Bay used one of their 45 interviews at the combine to speak with Eason. Huber adds, “the Packers enter this draft looking to add a quarterback, whether it’s a potential successor to Aaron Rodgers or to challenge backup Tim Boyle.”

The Packers have the 30th pick of the second round, pick No. 62 overall, and they could very well take Eason at that spot. I think Jalen Hurts and Jake Fromm are both drafted ahead of Eason, so I would bet the over on pick 47.5.

Should You Bet on Christian McCaffrey to Win 2020 NFL MVP?