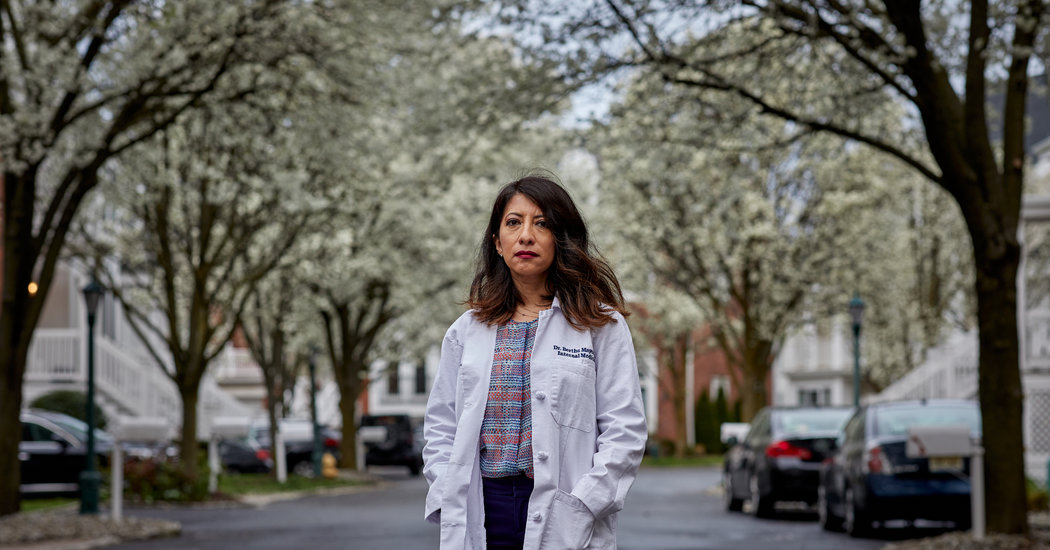 In a written response, Mr. Thilmony’s lawyers told the court that Ms. Sams had not cited anything specific that he was doing to put their son at risk, and that she was seeking to deny him agreed-upon time with his child after they had battled over parenting issues unrelated to the coronavirus. “The father should not be denied contact by the mother, through the emergency motion, due to his position as a firefighter,” they wrote. Mr. Thilmony declined to comment for this article.

The judge scheduled an online hearing so that both parents could attend and have adequate time to prepare. They will make their arguments on Tuesday.

In New Jersey, Mr. Surdukowski got an emergency hearing the same day his lawyer filed the motion. It was late on a Friday afternoon, and when Dr. Mayorquin’s lawyer could not be reached by phone, the judge issued the order, granting Mr. Surdukowski sole temporary custody.

Distraught at the separation from her daughters, Dr. Mayorquin immediately began preparing to get them back. She ticked off the points: She did not intend to treat patients with Covid-19. She would wear personal protective gear, and change out of her scrubs and shower immediately when she got home. But, in the end, she felt the safest course was to meet Mr. Surdukowski’s demand that she not see any patients in person.

The hospital let her retreat to her telemedicine job. As much as Dr. Mayorquin regretted not being able to do more at a time of critical need, she said she felt she had no choice. “I didn’t want to fight,” she said. “I just wanted my kids back.”

The assurance worked. The next Monday, after an online hearing, the judge reversed the order.

In Monterey County, Calif., Lisa Chu filed an emergency motion seeking sole temporary custody of the 11-year-old twins and 9-year-old son she shares with her ex-husband, Steven Biakanja, a firefighter. He would have to produce a negative result from a coronavirus test every time he was scheduled to see the children — an impossible demand, given the limited availability of screening.

Under their court-approved parenting plan, the children normally spend roughly 60 percent of the time with her, and the rest with him. But two weeks ago, Ms. Chu wanted to withhold the children from Mr. Biakanja after two fellow firefighters tested positive for Covid-19. They and others at his firehouse quarantined at home. Mr. Biakanja assured her that he would self-quarantine if he developed symptoms or had known contact with anyone infected with the virus.