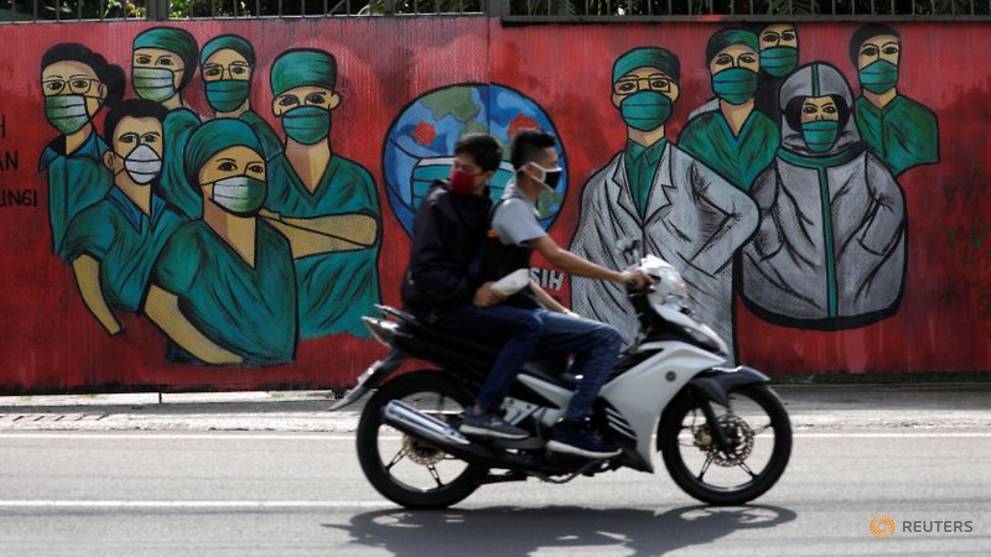 JAKARTA: Authorities in the Indonesian capital Jakarta will impose large-scale social restrictions including closures of schools and workplaces to curb the spread of the new coronavirus in the hardest hit area of the country.

President Joko Widodo has sought to limit transmission of the highly contagious COVID-19 respiratory disease through social-distancing policies but has resisted general lockdown measures adopted in many countries.

But a large proportion of Indonesia’s confirmed 2,738 cases of coronavirus, with 221 deaths, have occurred in the densely populated capital of about 10 million people, and a low level of testing as well as data showing a spike in funerals there suggest the true toll could be much higher.

The restrictions to take effect for an extendable two weeks include closures of schools and workplaces and limits on religious events and cultural activities.

Jakarta had already taken some steps to restrict public life after declaring a state of emergency that runs until Apr 19, but most were voluntary and Jakarta Governor Anies Baswedan pushed for authority to take tougher action against COVID-19.

Baswedan told a news conference on Tuesday evening that the mandatory restrictions would start on Friday with workplaces closing except for eight sectors such as health, energy, food, and finance, including the capital market.

Public transport hours and passenger capacity will also be cut to reduce the risk of people passing on the virus. Groups of more than five people in public spaces will be banned and police patrols increased to enforce compliance.

“We will do everything strictly,” Baswedan said. “Our interest is to control the spread of (COVID-19).”

He said he was still finalising details of the restrictions and would spell them out in the coming days.

Pandu Riono, a public health expert at the University of Indonesia, said that with some of the restrictions already in place “this is just a stamp that makes it look official.”

There has been friction between Indonesia’s central and local governments over social-distancing measures, with some regional leaders attempting to lock down provincial borders to stem the spread of the coronavirus.

Hundreds of thousands of Jakarta residents have left in recent weeks for their home villages to find a safe haven, or after losing their jobs, officials said.

There are also growing fears that the annual exodus of tens of millions of people to homes across the nation’s archipelago for the Muslim Ramadan holiday would accelerate the outbreak.

Indonesian authorities said last week cash handouts would go to poor families to persuade them to stay in Jakarta, but the government rejected calls for a ban on the “mudik”, as the traditional Ramadan migration is called locally.