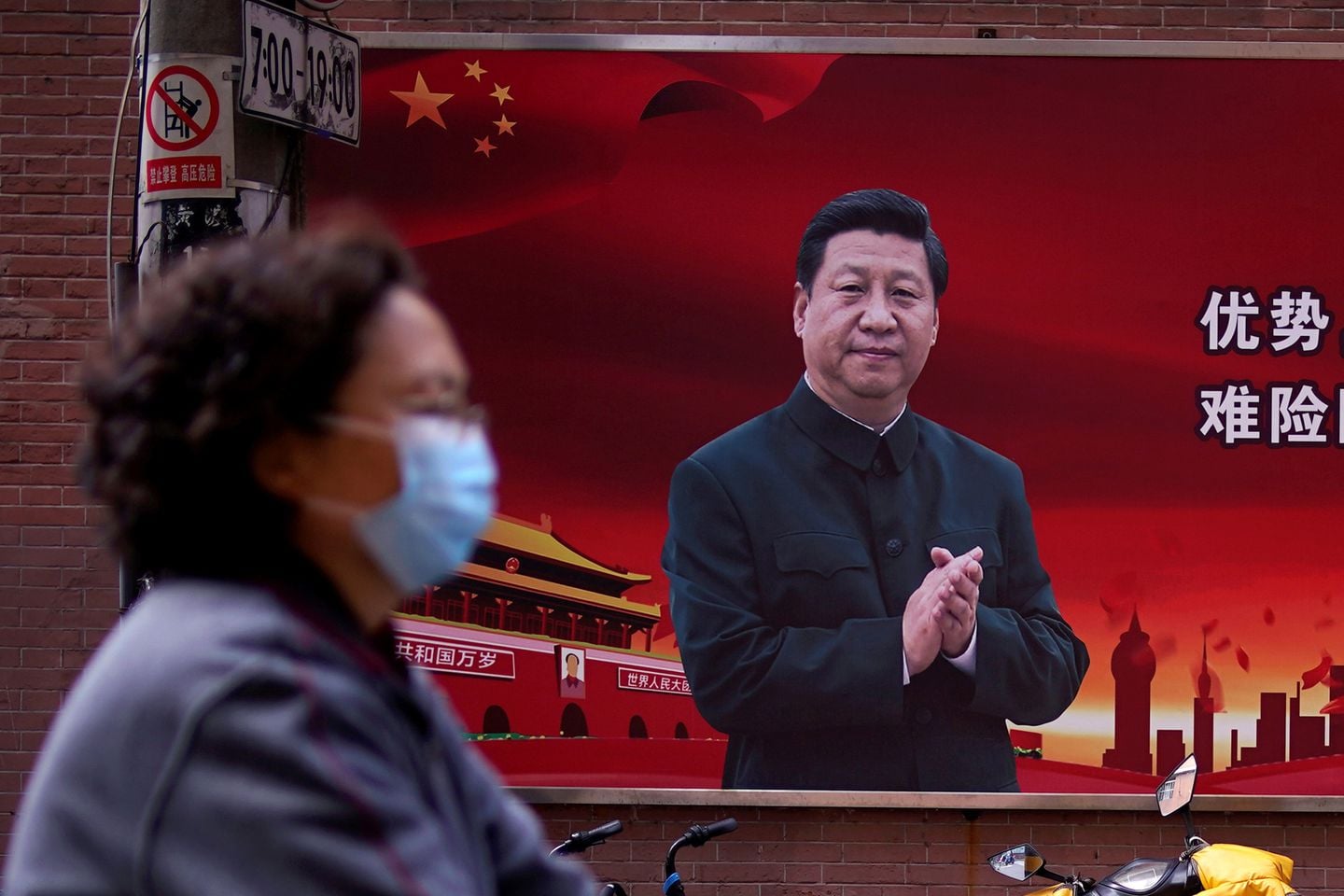 Ren Zhiqiang, nicknamed “Big Cannon Ren” for his barrage of critical commentary on Chinese politics and finance, wrote in a widely distributed essay in February that the outbreak in Wuhan was caused by a sclerotic party culture that prized propaganda and flattery toward Xi but silenced free speech.

Ren capped his essay by comparing Xi to “a clown who had no clothes but was still determined to be emperor.”

A real estate mogul and Communist Party member who was raised in a distinguished party family in Beijing, Ren has long been seen as enjoying a relative degree of protection because of his personal ties to top figures including Vice President Wang Qishan.

But the formal investigation against him — which is likely to conclude with a prison term — showed the party’s determination to silence critical voices, elite and common alike, at a historically sensitive juncture. Ren disappeared a month ago and is believed to be detained in west Beijing, his friends say.

Since the coronavirus outbreak began in Wuhan, security officials also have detained dissidents such as Chen Qiushi and Fang Bin, two amateur video bloggers who posted scenes from inside the virus-stricken city. Before they disappeared in February, Chen and Fang said in telephone interviews that they wanted to show the grim truth about Wuhan that state media refused to broadcast.

In recent weeks, China’s propaganda machinery has gone into overdrive to portray the government’s response to the epidemic as heroic in an effort to recover the party’s public standing, which plummeted in February amid reports that officials had covered up the emerging crisis and detained doctors in Wuhan who released information about the discovery of the novel coronavirus.

Eight years into Xi’s administration, the government’s suppression of free speech and its demand for ideological conformity and exclusively positive media coverage — formally dubbed “spreading positive energy” — have become a source of discontent and private ridicule among some business elite and intellectuals.

On Wednesday, many mourned Ren’s downfall. Li Weidong, the former editor in chief of China Reform magazine, said that silencing Ren was the kind of political logic that exacerbated the viral outbreak in the first place.

“I hope the Chinese Communist Party realizes that such party members who dare to tell the truth are needed in the party,” Li said. “If you shut up the few brave enough to speak the truth, disaster will descend. Are the lessons from Wuhan’s mistakes still not profound enough?”

Ren, a 69-year-old who had 37 million followers on Weibo, disappeared for weeks in 2016 after he criticized Xi’s demand for absolute loyalty from China’s state media outlets. Ren argued that in a properly functioning society, media should serve the interests of the broader public rather than the Communist Party’s interests.

In his February essay, Ren launched into another diatribe about the danger of propaganda as he recounted state media’s wall-to-wall coverage of Xi and his “great achievements” instead of reporting on the epidemic itself. He likened modern China to the Mao Zedong era, when young zealots cheered the party leader even as the country was seized by years of famine.

“They only want to use ‘great achievements’ to cover up their own scandal, and use all sorts of party-controlled media … to firmly shut down all calls for finding out what really happened,” Ren wrote. “Maybe people who live in countries with freedom of expression don’t know the pain of living in a country without a free media or freedom of expression, but the Chinese people have the pain of knowing that the virus outbreak and everything that came after should never have happened.”