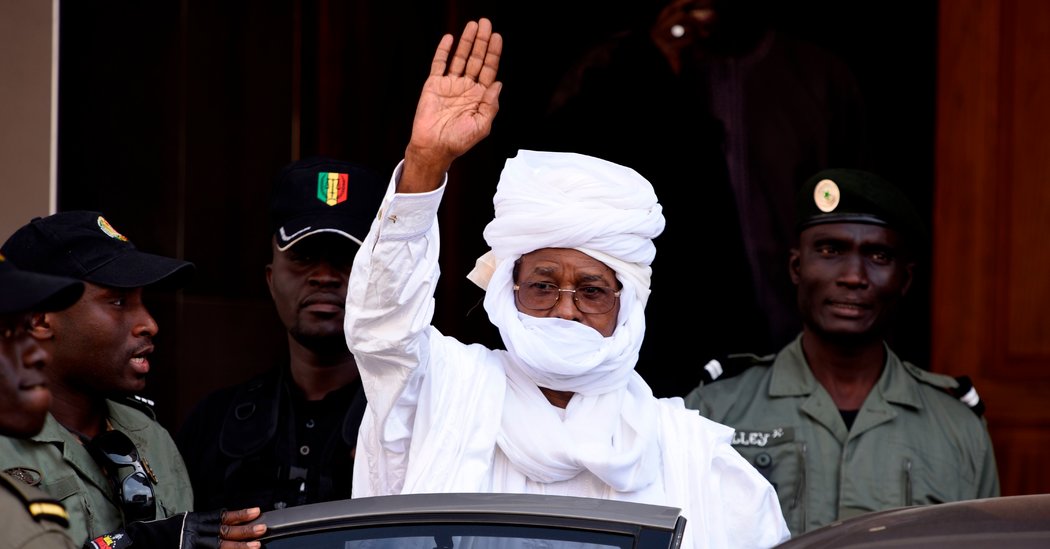 Hissène Habré, the former president of Chad who was found guilty of crimes against humanity, has been temporarily set free from his prison cell in Senegal.

Mr. Habré, 78, was convicted in 2015 of multiple crimes during his leadership of the West African country in the 1980s, including killings, torture and sex crimes. He was sentenced to life in prison.

His legal team had requested his release, arguing that the risk of his being infected with the coronavirus was high in jail.

The Senegalese authorities granted him a 60-day release on humanitarian grounds, but he will be kept under house arrest during those two months.

“He will return to the prison immediately when his permission expires,” said a statement released by Senegal’s Ministry of Justice.

Mr. Habré’s conviction, in an African court specially set up for the occasion, was the long-awaited culmination of years of campaigning by his victims, many of whom testified and some of whom were in court to see him convicted.

After being deposed in 1990 by Idriss Déby, who has been in power ever since, Mr. Habré fled to Senegal, where he was tried.

Mr. Habré refused to recognize the authority of the Extraordinary African Chambers, the court that tried him, and he kicked and screamed his way into court on the first day. After that, he concealed his face behind a voluminous turban and a pair of sunglasses and said nothing during the trial.

His legal team appealed his conviction, but it was upheld in 2017.

President Macky Sall of Senegal pardoned 2,036 prisoners on March 27 in response to an appeal by the United Nations High Commissioner for Human Rights, Michelle Bachelet, to free older, sick and low-risk detainees to avoid Covid-19 rampaging through vulnerable populations.

But Mr. Habré will have to return to prison.

“Senegal does not have the option to pardon Hissène Habré,” Assane Ndiaye, a lawyer for the former president’s victims and the president of the Senegalese Human Rights League, wrote in a text message soon after the decision was made public. “And since he is under house arrest, in principle there is no risk that he will not return to prison.”

Some of Mr. Habré’s victims have long feared he would be released early.

Clement Abaifouta, who was made to dig graves for his dead cellmates when he was imprisoned under Mr. Habré, argued that the former president was housed in relative isolation in prison, and had access to health care, so there was no reason to release him.