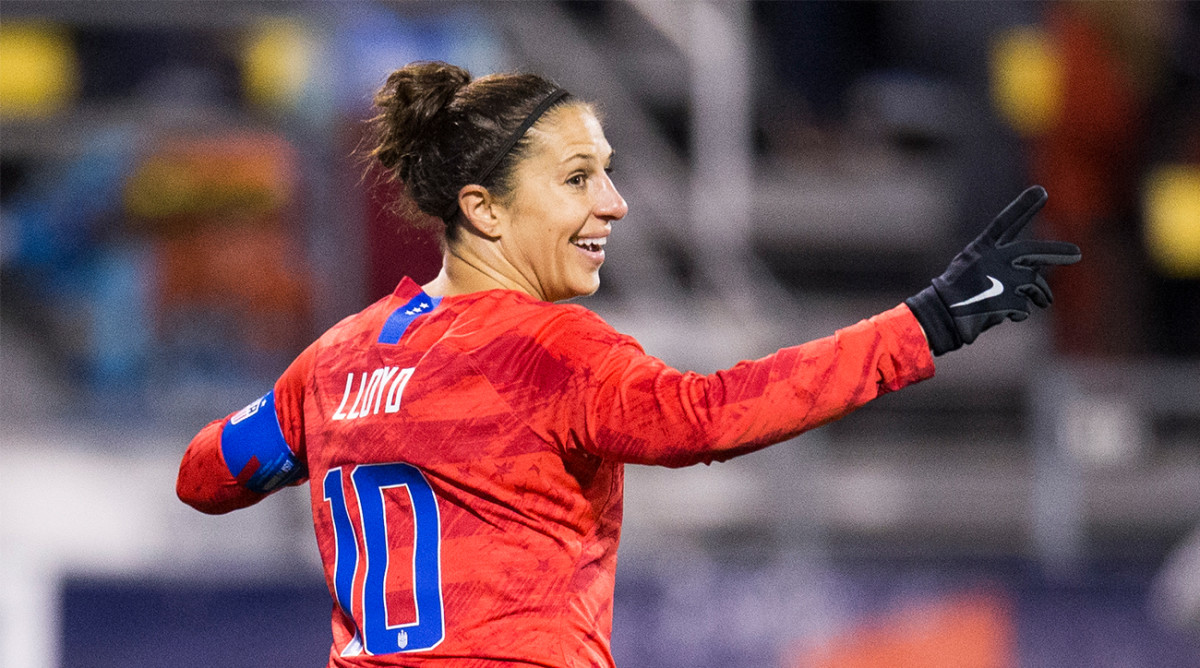 Over the years, Sports Illustrated has given a rapid-fire quiz to some of the best soccer players around, including Zlatan Ibrahimovic, Luis Suárez, Ronaldo, Kaka, Steven Gerrard, Landon Donovan and more. The premise is simple: we ask players about career superlatives and they provide their rapid-fire answers to give a glimpse into how they view their experiences.

We did it again with U.S. women’s national team star Carli Lloyd this week on the Planet Fútbol Podcast. You can listen to the full interview below (and read more of Lloyd’s remarks from the episode here):

SI: What are your most memorable goals for club and country?

Lloyd: Ooh, I scored a goal against Orlando—Ashlyn Harris [was the goalkeeper], as a matter of fact. I think it was the second season. It was a one-touch ball back. I was at the edge of the box and I just kind of curled it in.

For country, I’d probably have to say the 2015 World Cup final, the shot from midfield. It’s not like any other shot I’ve ever taken.

SI: Figured that might be the call. Next question: What’s the highest-quality goal you’ve ever scored?

Lloyd: I would probably have to say this past November, when we played Costa Rica. It was a pass from Rose [Lavelle], who played me through. What I’ve been working on lately is I don’t have to go power all the time. So I’ve been working a lot on my bend, and I bent it around the keeper. That one kind of sticks out to me.

SI: What is the achievement on the field that you are most proud of?

Lloyd: Probably 2015 World Cup. Just the way that the team started in the beginning, the way it ended, and then for me personally, I was kind of down in the dumps from the beginning and then it was just life-changing in the end.

SI: Who is the player you have most admired?

Lloyd: Anybody? Soccer player or any other sport?

Lloyd: I would probably have to say Michelle Akers. She was someone who I looked up to as a younger player because she just was a beast. She left it out on the field. She would run through a brick wall for teammates. Just dominant on defense, on attack, everywhere.

SI: If it was a non-soccer player?

Lloyd: I’d probably have to say Kobe Bryant. Just love his mentality and the will to want to become the best. And then even if he did reach his goals to just keep on becoming even better. He just was the epitome of a true champion and found a way. He was someone that I totally looked up to.

SI: Who is the best player you’ve ever played against and why?

SI: Who is the toughest defender you have ever faced?

Lloyd: Probably Becky [Sauerbrunn]. Becky’s a tough defender. She’s always hard to get around. But I would also say Crystal [Dunn]. Crystal is so low to the ground that you could just never spin her. You just got to kick her. And I tell her that. I’m like, I just kick you, make you fall. And then that’s how I can get around you [laughs].

SI: Pretty impressive since that’s not her natural position. Who was the toughest goalkeeper you’ve ever tried to score on?

Lloyd: Well, none of them because my shots just go in [laughs]. I can’t say Ashlyn because you know, she blames me for breaking her thumb, which I didn’t even break it. Now everybody thinks I broke her thumb [laughs]. I mean our keepers, everybody. Hope, Ashlyn, AD [Franch], Jane [Campbell]. Just the, the pool of goalkeepers we have. They make it hard for us every single day.

SI: Who’s the best teammate you’ve ever had?

Lloyd: Probably Heather Mitts. She was someone who when I came onto the team, she was obviously older than me, and she just welcomed me in. She made me feel comfortable. She’d just get along with everybody on the team. It didn’t matter if you’re a veteran, if you were a younger player. She was just selfless in all of the things that she did.

SI: Who’s the best coach you’ve ever had?

Lloyd: Probably have to say Vlatko [Andonovski]. He’s just a great guy on and off the field. He holds every single player accountable. If you’re performing in practice and you’re working extremely hard in training, and you’re doing well and doing the things that he asks, you’re going to be rewarded with playing time. I think that that maybe hasn’t always happened throughout my career with other coaches. But he finds a way to get the best out of you from an individual. And he’s just a great coach who knows the game very well.

Lloyd: Empty the tank every day. Just giving it your all and every single thing that you have. You know, you’re tired. If you don’t feel like getting up out of bed to work out or to go do a presentation at work. Just try to be the best that you can be on that day, and try to be better than you were the day before and kind of have that approach. Soon it just becomes ingrained in you, and you just are that way every single day.