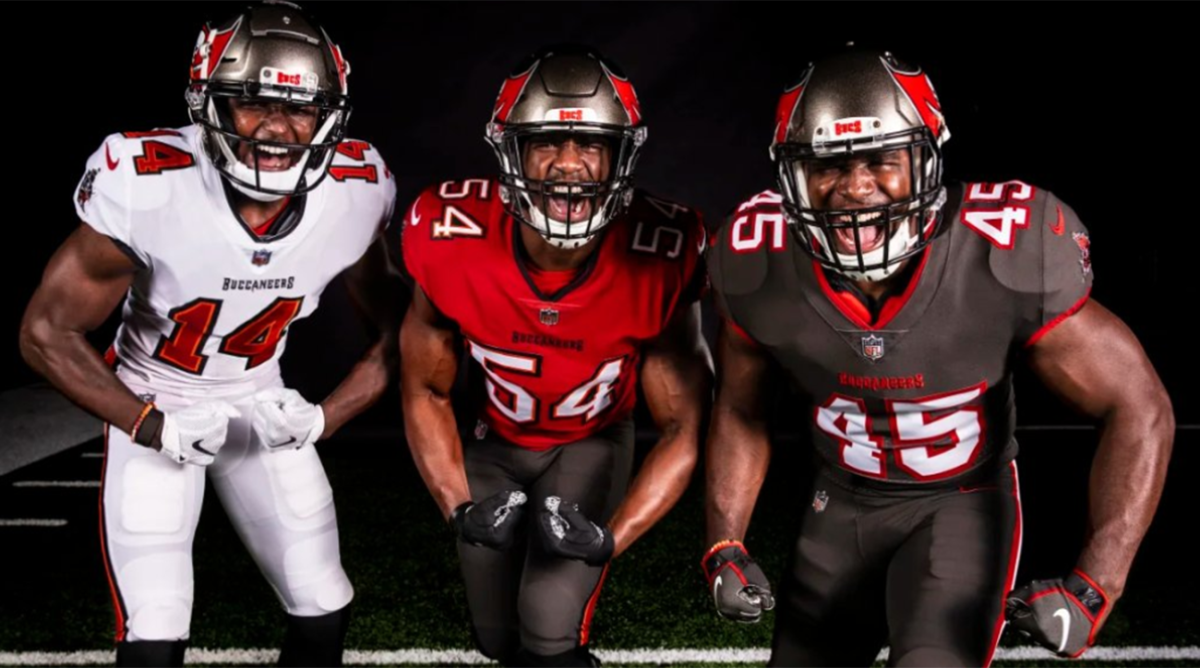 The Buccaneers have a new quarterback and now they have new uniforms.

Tampa Bay released its new look on Tuesday afternoon, which features red, pewter and white jerseys with classic block numbers and a pirate ship logo on the left sleeve.

Earlier this year, the team announced that it planned to redo its uniforms and return to a more classic look. The Bucs last updated their uniforms in 2014, and fans didn’t take too well to the bright red and dark pewter jerseys with alarm clock numbers.

Last month, Tampa Bay released a video on Twitter last month of Chris Godwin, Lavonte David and Devin White getting a sneak peek at the new designs. All three players gave their seal of approval.

The new uniforms are the latest change for the Buccaneers during an exciting offseason. The team surprised the NFL world when it signed former Patriots quarterback Tom Brady to a two-year contract late last month. The six-time Super Bowl winner played in New England for 20 seasons before hitting free agency for the first time in his career.

Brady revealed in a piece for The Players’ Tribune on Monday that he decided to leave the Patriots because he still has something to prove to himself. He added how he sees joining the Bucs as a “challenge” that he looks forward to tackling.

Brady and the Buccaneers are seeking the team’s first playoff appearance since 2007. Tampa Bay has not won a postseason game since 2002.