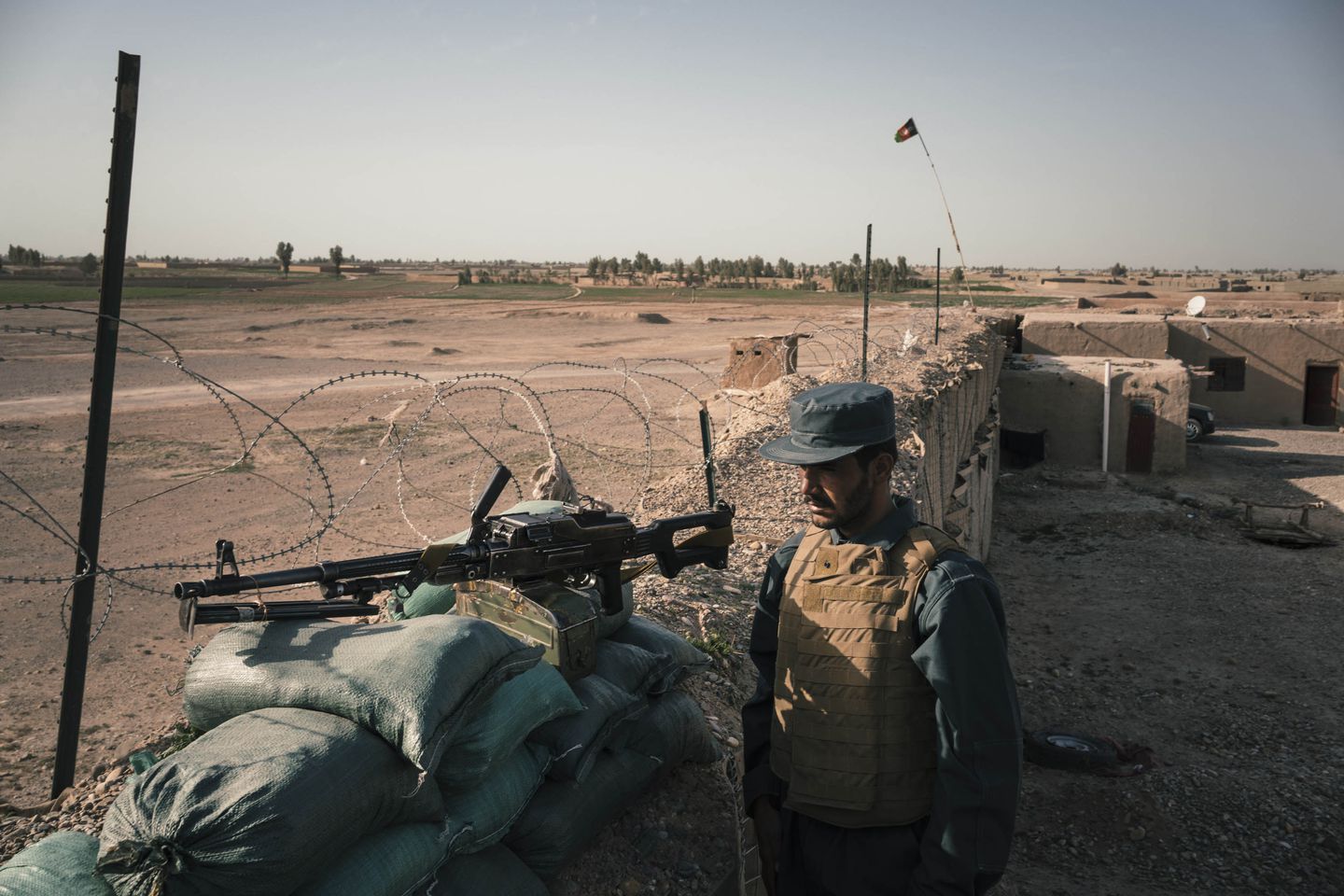 Representatives of the Taliban and the Afghan government were negotiating the release of more than 100 prisoners. The U.S.-Taliban peace deal called for thousands of prisoners to be released within days of its signing, but the Afghan government quickly objected to that timeline, citing logistical constraints.

The release was already weeks behind schedule, and when the two sides finally met in Kabul, negotiators quickly hit a snag. Taliban representatives wanted their senior leaders included in the first round of releases, while the Afghan government balked at releasing anyone who had helped orchestrate large-scale attacks.

The repeated delays to the start of formal talks between the Taliban and the Afghan government are threatening to upend the fragile U.S.-Taliban peace deal. Since it was signed in late February, violence in Afghanistan has escalated and a power struggle over the Afghan presidency has deepened.

Secretary of State Mike Pompeo on Monday dismissed the impasse over the prisoner releases as “posturing” and said the United States expected issues to arise as the two sides move toward formal talks.

“There was no doubt that there would be steps forward and steps backward,” Pompeo said in a news conference, adding that some progress had been made since the agreement was signed last month. “But we see them posturing in the media.”

Pompeo traveled to Kabul on March 23 to broker a deal between President Ashraf Ghani and his rival, Abdullah Abdullah. Ghani was declared the winner of the September election by a slim margin; Abdullah decried the result as fraudulent and has threatened to set up a parallel government. After Pompeo’s visit failed to resolve the crisis, he threatened to cut $1 billion in U.S. aid to the country.

“Donors are frustrated and fed up by personal agendas being advanced ahead of the welfare of the Afghan people,” Alice Wells, the State Department’s top official for South and Central Asia, said in a statement posted to Twitter on Monday.

Afghanistan needs billions in foreign aid every year to provide its citizens with basic services, and expert projections estimate the country will remain dependent on aid for years to come. That dependence is expected to be exacerbated if the coronavirus outbreak in Afghanistan worsens. Afghanistan has had more than 400 confirmed coronavirus cases and 14 deaths, but officials warn that the true number could be much higher, as testing has been limited.

Hopes were high when a Taliban delegation arrived in Kabul last week. The visit came after Ghani announced the creation of a negotiating team and Abdullah issued a statement expressing his support for its members. The Afghan government and the Taliban had also agreed on a compromise: The prisoner releases would occur in smaller batches rather than all at once.

The peace deal signed by the United States and the Taliban called for up to 5,000 Taliban prisoners to be released in exchange for 1,000 members of the Afghan security forces and government employees in Taliban custody.

But after days of talks, the Taliban issued a statement Tuesday announcing that the group would no longer participate in “fruitless meetings” and accused the Afghan government of “just wasting time.” Hours later, Taliban spokesman Suhail Shaheen announced in a tweet that the Taliban delegation would return to Doha, Qatar, where the group has a political office.

The Afghan government said the Taliban’s move “indicates a lack of seriousness about peace,” according to a statement from Javid Faisal, spokesman for the Afghan national security adviser’s office.

Faisal said discussions “had entered an important phase” before Taliban officials backed out. Regardless, he added that the Afghan government remains open to continuing talks.

But as peace talks with the Taliban are repeatedly delayed, violence in Afghanistan has spiked. On Sunday, the Taliban accused the United States of violating the terms of the peace deal by carrying out attacks on Taliban fighters and drone strikes on Afghan civilians.

The Taliban statement warned that continued violations would “create an atmosphere of mistrust that will not only damage the agreements, but also force mujahideen to a similar response and will increase the level of fighting.”

A U.S. military spokesman, Col. Sonny Leggett, denied the Taliban allegation, saying that U.S. forces in Afghanistan are upholding the terms of the agreement and that “any assertion otherwise is baseless.”

Leggett said that the U.S. military will continue to come to the aid of Afghan forces and that the Taliban must reduce violence.

The U.S. military is continuing to draw down its forces from Afghanistan, as mandated by the peace deal with the Taliban. The United States began reducing the roughly 12,000 U.S. troops in Afghanistan in March and is on track to bring down the number to 8,600 by early July, within the 135-day time period stipulated by the peace deal.

George reported from London. Carol Morello in Washington and Haq Nawaz Khan in Peshawar, Pakistan, contributed to this report.