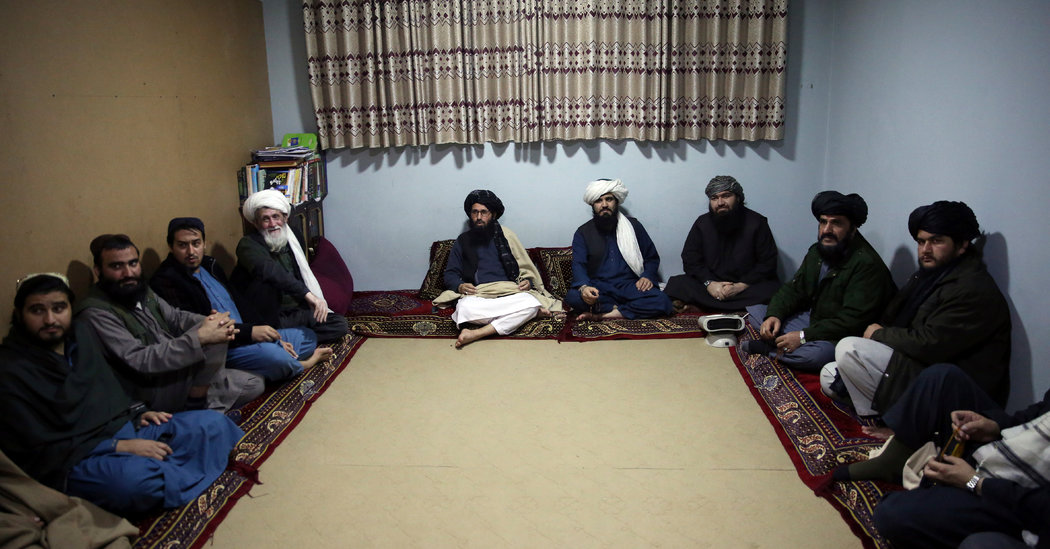 KABUL, Afghanistan — A week of talks between the Afghan government and the Taliban on a prisoner swap — seen as crucial to preserving a fragile peace deal between the insurgents and the United States — appeared to be collapsing on Tuesday, as Taliban leaders ordered their team to pull out of the discussions.

An agreement signed between the United States and the Taliban in February that started the withdrawal of American troops from Afghanistan calls for the swap of thousands of prisoners before the two Afghan sides sit together for talks over a future power-sharing. But the prisoner swap, which was to be done in batches, has faced opposition and hurdles all along, threatening the unraveling of a deal that the Trump administration hoped would signal the end of America’s longest war.

After weeks of pressure from American diplomats, the government of President Ashraf Ghani agreed to a phased release of 5,000 Taliban prisoners. In an unprecedented move, a small technical team of the insurgents arrived in Kabul for discussions with Afghan officials over verification of identities before the release. But those technical discussions now appear to have collapsed after a week as each side accused the other of insincerity.

“Their release has been delayed under one pretext or another,” said Suhail Shaheen, a spokesman for the Taliban’s negotiating team. “Therefore, our technical team will not participate in fruitless meetings.”

Even after the Taliban released a statement saying they were pulling out of the talks, Afghan officials hoped another meeting between the technical teams scheduled for late Tuesday would go ahead, but it did not.

“Discussions on release of Afghan security forces and Taliban prisoners had entered an important phase ahead of release,” said Javid Faisal, a spokesman for Afghanistan’s National Security Council. “Withdrawing from talks at such a time indicates a lack of seriousness about peace. We tried our best — that they need to trust us, and we trust them as we have to work together. We thought their arrival in Kabul was a big step.”

The Afghan government has been working under pressure from the United States, which cut $1 billion in aid over bickering among political leaders which the Americans say has undermined what was a tightly choreographed deal.

On Tuesday, NBC News reported that on the same trip last month where Secretary of State Mike Pompeo announced the aid cut out of frustration, he delivered a second stern message to Afghan leaders: that if they did not resolve their dispute to prioritize the peace talks, the United States could pull out all American troops.

The State Department had no immediate comment on the NBC report.

The first signs that the talks over the prisoner swap had hit a wall emerged on Monday, when Matin Bek, Mr. Ghani’s head of local governance, told a news conference the Taliban were demanding that the first batch of releases include about 15 senior commanders convicted of major attacks.

Several Afghan officials aware of the discussions said the government had tried earnestly to use the opportunity of a Taliban delegation in Kabul to make progress. The International Committee of the Red Cross, experienced in prisoner swaps, was a third party in the talks to help overcome mistrust. The Taliban have long said the Afghan government is creating pretexts for not proceeding, while Afghan officials have said the insurgents need to understand the releases are time-consuming, requiring verification and logistical preparation.

It was not immediately clear what issue or issues broke down the talks.