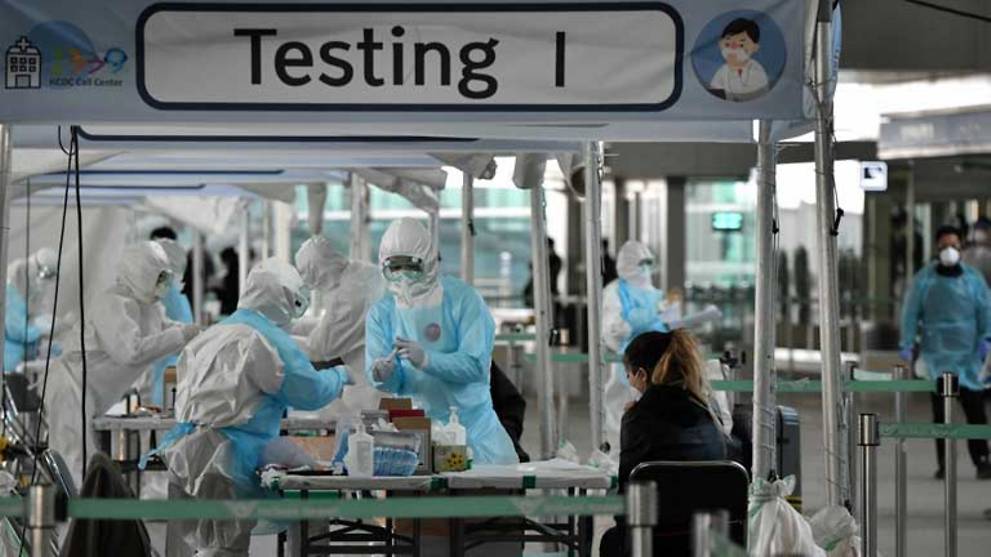 SEOUL: South Korea reported fewer than 50 new coronavirus cases on Monday (Apr 6) for the first time since its Feb 29 peak, the Korea Centers for Disease Control and Prevention (KCDC) said.

The KCDC reported 47 new infections, taking the national tally to 10,284. The death toll rose by three to 186.

On Saturday, South Korea said it would extend its intensive social distancing campaign scheduled to end on Monday by two weeks in a bid to curb the rate of coronavirus infections to around 50 a day.

The country has largely managed to bring under control Asia’s largest epidemic outside China. But smaller outbreaks in churches, hospitals and nursing homes, as well as infections among travellers, continue to emerge.

It is “too early to be at ease”, Health Minister Park Neung-hoo said last Saturday, citing a recent spike in imported cases and small cluster infections which also prompted the government to cancel the reopening of schools.

“Our goal is to be able to control infections in a way that our health and medical system, including personnel and sickbeds, can handle them at usual levels,” Park told a briefing after a government meeting on the coronavirus.

“If the number goes down to 50 or lower, stable treatment of the patients including the critically ill will be possible without much pressure on the system.”

Social distancing played a role in restraining domestic group transmissions by around 70 per cent during the first 11 days compared with the last 11 days before it took effect, Park said.

But there are signs that people restarted going out and socialising as fatigue about isolation grew and the weather improved, he said.

“We are well aware that many citizens are feeling exhausted and lethargic under continued social distancing,” Park said. “But if we get loose, the strenuous efforts that the government and the people have made so far might come to nothing.”