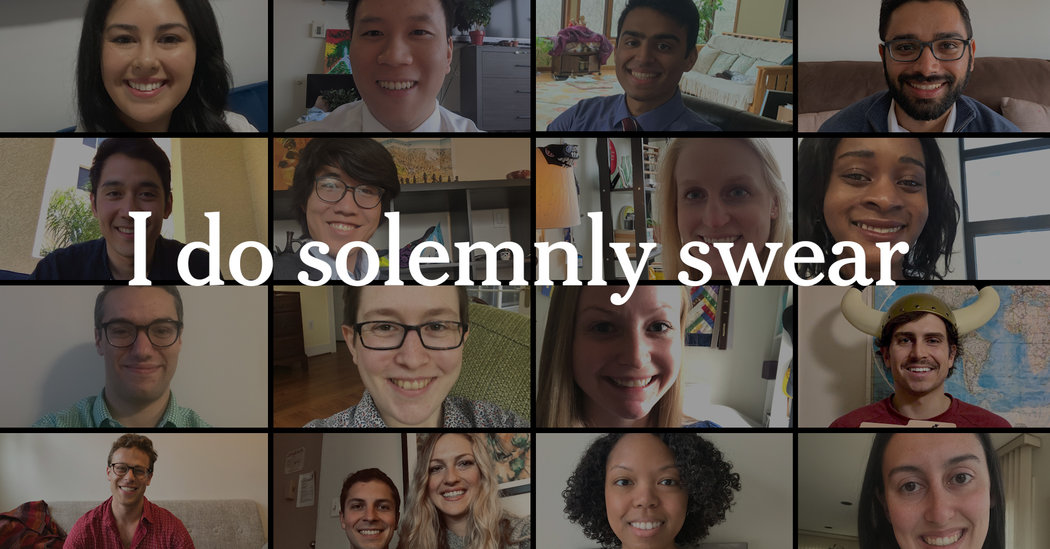 “I sent my mom a text, ‘N.Y.U. is drafting medical students to help fight Covid,’” Mark S. Cort, 26, said. “She immediately called me. She knows I’m pretty hardheaded. She made sure that I knew she loved me, and that she would be praying for me.”

“If they are saying they need more foot soldiers,’’ Dr. Horan said, “I’m here to help.”

It was a spirit echo of a moment 17 years ago, when hundreds of soldiers from the 101st Airborne of the United States Army gathered in a giant hangar at Fort Campbell, Ky., before they boarded planes for the invasion of Iraq. The national leadership had deemed it a worthy cause, a decision many saw, or came to see, as wrong.

But what started true and stayed true was the impulse of those men and women to serve. Many were in their early 20s. (The chaplain posted a warning sign for anyone trying to rush a big decision: “I don’t marry privates and I don’t marry teenagers.”)

The troops queued to get inoculated against anthrax and smallpox, leaned over tables to designate life insurance beneficiaries, and puzzled out standardized wills, documents few had ever encountered.

With variations, the same hectic spell landed on the new doctors. Dr. Gerber, who will move to the Denver Health Medical Center in Colorado at the end of his Covid-19 service in New York, was packing boxes last week so he’d be ready to throw them in a car and drive west when the time came.

The early graduates have agreed to work for 30 days in one of four hospitals in N.Y.U.’s network, with optional two-week extensions. When they are done, they will have to quarantine for two weeks.

Dr. Cort, born in Guyana, raised in Brooklyn, and the first in his family to go to college, was organizing paperwork for the Hospital of the University of Pennsylvania, where he will be an intern. He had not seen his mother or grandmother since he convinced them to stay home last month.