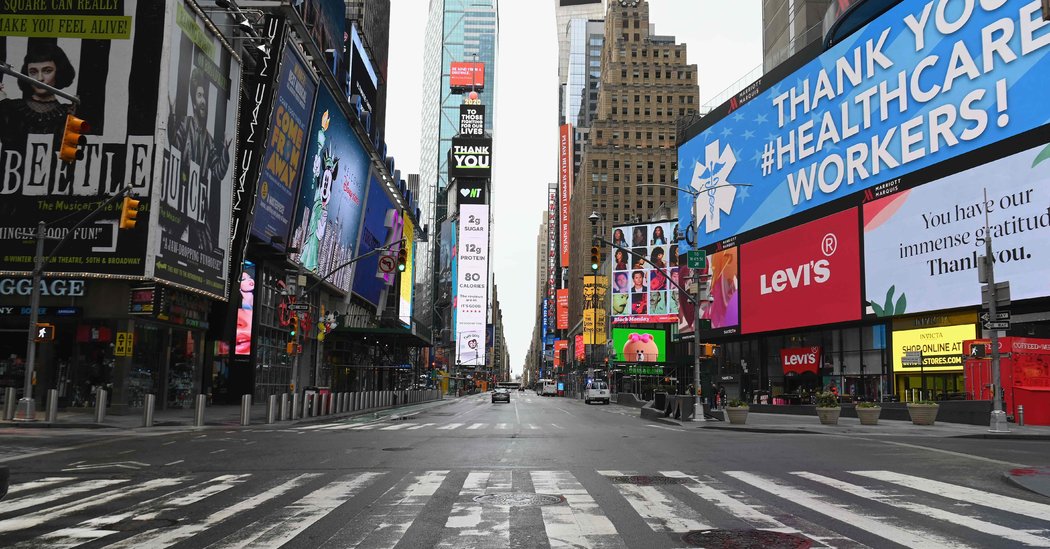 Building that capacity will take significant time and money, and the country hasn’t even started.

Because it can take up to two weeks for symptoms to emerge, any infections that have already happened can take that long to appear. If the number of cases in an area is dropping steadily for that much time, however, public health officials can be reasonably comfortable that suppression has been achieved, defined by every infected person infecting fewer than one other.

In suppression, cases will dwindle at an exponential fashion, just as they rose. It’s not possible to set a benchmark number for every state because the number of infections that will be manageable in any area depends on the local population and the public health system’s ability to handle sporadic cases.

“We wanted to suggest criteria that would allow locations to safely and thoughtfully begin to reopen, but what that looks like exactly will vary from state to state,” said Caitlin Rivers, another author of the report and an epidemiologist at the Johns Hopkins Center for Health Security. “We therefore included some flexibility for jurisdictions to tailor these criteria to their local context.”

These four criteria are a baseline. Other experts think we will need to add serological testing, which is different from the viral detection going on now. This type of testing looks for antibodies in the blood that our bodies created to fight the infection, not the infection itself. These tests can be much cheaper and faster than the ones we’re currently using to detect the virus in sick people.

Testing for antibodies will tell us how many people in a community have already been infected, as opposed to currently infected, and may also provide information about future immunity.

Gregg Gonsalves, a professor of epidemiology and law at Yale, said: “I’d feel better if we had serological testing, and could preferentially allow those who are antibody positive and no longer infectious to return to work first. The point is, though, that we are nowhere even near accomplishing any of these criteria. Opening up before then will be met with a resurgence of the virus.”

He added, “That’s the thing that keeps me up every night.”

Until we get a vaccine or effective drug treatments, focusing on these major criteria, and directing efforts toward them, should help us determine how we are progressing locally, and how we might achieve each goal.