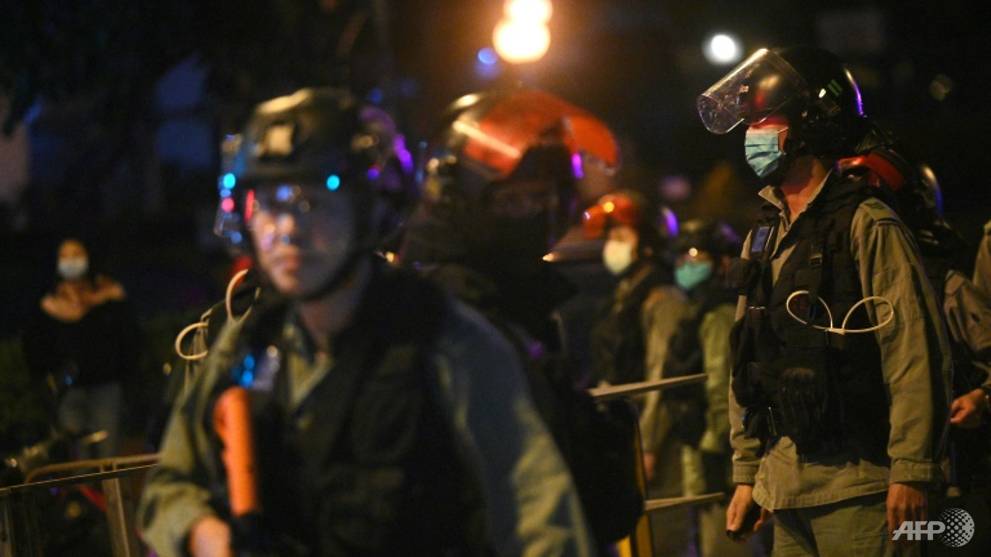 HONG KONG: A former Hong Kong lawmaker was convicted on Monday (Apr 6) of using a loudhailer to assault police officers during huge protests that convulsed the finance hub last year.

Au Nok-hin is the first former member of the city’s legislature to be successfully prosecuted for taking part in the protests and the most high profile figure convicted to date.

Hong Kong’s courts have a huge backlog of cases stemming from last year’s protests which dominated the city for seven straight months and upended its reputation for stability.

Some 7,000 people were arrested, many of them youngsters, in the near-daily clashes between riot police and protesters.

The court heard that Au, who was demanding to meet the local police commander during a dispersal operation, caused acute hearing impairment to one police officer by shouting through the loud hailer.

He was also convicted of striking another police officer’s shield with the speaker.

As city leaders dug their heels in the movement snowballed into the most concerted popular revolt against Beijing’s rule since the city’s 1997 handover.

Au, who was ousted from being a lawmaker in December by a separate court decision, was bailed and will be sentenced at a later date.

Outside court, Au called on authorities to reconsider prosecuting so many people.

“Many of them are facing their whole lives being impacted,” he told reporters.

The protests have largely died down, first with a huge increase in arrests, but also because of the coronavirus pandemic.

But the city remains deeply polarised.

The city’s pro-Beijing leadership have made little attempt at reconciliation since the protests ended.

The police force is also now widely loathed by a large chunk of the city, with calls for an independent inquiry rejected and no officers prosecuted to date.