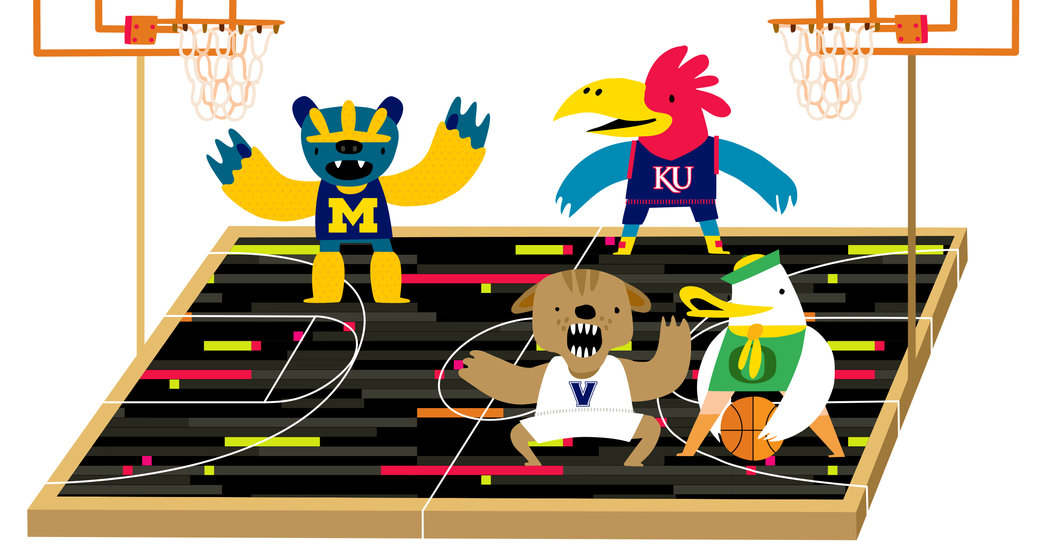 COUNCIL BLUFFS, Iowa — The Horseshoe Council Bluffs Casino had planned an advertising campaign, looking to beckon visiting college basketball fans to its sports book. A rival, Ameristar, spent about $750,000 to renovate a space for sports enthusiasts it hoped would crowd into its property along the Missouri River and bet on March Madness, the Masters golf tournament and many offerings in between.

This spring was supposed to be a showcase for Iowa’s nearly eight-month-old experiment with sports betting. The coronavirus pandemic, though, shuttered nearly every casino in the United States and prompted the N.C.A.A. to cancel its hallmark men’s and women’s basketball tournaments. The three-week bonanza — 130 games across both tournaments, attracting casual fans with office pools and buzzer-beaters — would have ended Monday night with the men’s championship game.

But gambling companies missed out on the surge in visitors and wagers they were counting on.

“March Madness is sort of the epitome of sports betting,” said Yaniv Sherman, the top U.S. executive at 888 Holdings, which offers sports betting in three states, though not Iowa. “It is a unique combination of a large number of unpredictable events in a short time frame.”

Casinos have been decimated in the economic reckoning brought on by the outbreak. According to the American Gaming Association, a trade group, 987 of the country’s 989 casinos were closed by early April, as efforts to stop the virus from spreading picked up. The stock prices for many gaming companies are down 60 percent or more, reflecting investor pessimism about their futures.

Not long after strapped state governments looked to sports gambling as a new source of revenue, betting operators and casinos that are normally eager to grow are suddenly straining just to keep the lights on at the properties they already have.

All told, the shutdown of sports and so much of leisure spending has been a striking turnabout for an industry less than two years removed from the Supreme Court decision that cleared a path for sports wagers across the country and, gambling executives hoped, a new generation of bettors.

This year, they felt, had particular promise. More sports books were open, California could vote as soon as November on whether to allow horse tracks and tribal casinos to offer sports betting, and even before the specter of a recession loomed, even more states were considering allowing wagers on games and players.

Even the N.C.A.A., which had long opposed the sports betting it then litigated all the way to the Supreme Court, had begrudgingly accepted that the wagers would be a part of American life in one form or another. A dozen games in this year’s men’s tournament were to be played within 25 miles of a brick-and-mortar sports book; last season, not one of the spectacle’s 67 games was so near legal sports betting.

The N.C.A.A., whose offices in Indianapolis now stand about a mile from a sports book, had already rescinded a policy that banned championship competitions from states that allowed wagers on single games.

The evolving landscape — Iowa decided last year to legalize sports betting, beginning in August — had positioned Council Bluffs and its casinos to reap something of a windfall from March Madness despite not hosting any games. That was because Omaha, not even a 10-minute drive away, was poised to have six games. To place a legal bet on college basketball, all a fan would have to do was cross the Missouri.

“While there’s been a separation of church and state, so to speak, it’s the first time we’re getting it blended,” Samir Mowad, the general manager of two Caesars Entertainment properties in Council Bluffs, said in February.

Trends in other casino markets clearly suggested that the tournament and its matchups in Omaha were a chance for the Council Bluffs casinos to draw people who might have otherwise stayed in Nebraska, and to appeal to younger people who often avoid table games and slot machines.

Although sports betting only made up 3 percent of gambling revenue in Nevada last year, it was an important driver of visits to casinos in the first place, prompting people to spend money on hotel rooms, meals and entertainment. And while the heaviest betting in Nevada was on football in 2019, the most bet on a single sport in a single month was on basketball in March, driven largely by college basketball.

In Iowa, where sports bettors have wagered at least $327 million since August, casino executives declined to discuss their forecasts for tournament-related wagers except to say that they had anticipated millions of dollars in bets would course through the Council Bluffs properties alone.

In Nebraska, which has had a lottery since 1993, hospitality executives and critics of sports betting had accepted that the state would cede some hoops-related dollars to Iowa. But some of them were still hesitant about bringing gambling across the Missouri River.

“It’s certainly very attractive to state legislatures to say, ‘We can tax this and we can get some money,’ but sometimes they don’t always count the bankruptcies and the social costs of gambling,” said Tom Osborne, the Republican former congressman who led Nebraska’s football team for 25 seasons and who has long opposed gambling in his home state.

Osborne also suggested that sports betting would undercut the culture of college athletics.

“It really detracts from the overall appreciation of the game, for the game itself,” he said.

Now, there are no games to appreciate at all. Along with losing the tournament, Omaha also lost the College World Series, which the city was again poised to host this year.

A spokeswoman declined to make Mowad available for an interview in the wake of the N.C.A.A.’s decision and the shutdowns of casinos. In a statement on its website, Caesars said it would “work with local officials to establish a reopening date as soon as it is appropriate to do so.”

And the N.C.A.A., which has long resisted gambling and continues to bar many people connected to college athletics from sports wagering, will have to wait another year to see how an expansion of betting will affect its signature event.

N.C.A.A. officials expected many states to pursue legalized sports gambling after the Supreme Court’s ruling, but some officials were surprised by the speed with which governments approved new laws and regulations. Fourteen states allow some form of sports betting, while another six are setting it up, according to Legal Sports Report.

The pressure on states to collect more taxes by expanding sports betting or loosening regulations for online betting and casinos may intensify as the pandemic leads to more economic pain. But sports betting operators first have to last long enough.

“We regret the dire choices we have had to make,” the chief executive of MGM Resorts International wrote in a March email announcing that all MGM properties nationwide had been closed. Casino operators have joined numerous other industries in asking for federal aid for their beleaguered operations.

“I don’t think that any form of gaming is uniquely isolated from the pressure of economic hardship,” said Chris Grove, an analyst at Eilers & Krejcik Gaming.

Belarusian soccer provides a few of the last games to bet on, and some operators have gotten permission to offer odds on e-sports and other less common competitions.

Sherman, the executive at 888 Holdings, laughed when asked if action-starved bettors would flock to new wagers. Betting in some obscure sports was up 1,000 percent, he said, “but the base they started from is negligible. They do not make up for the slack.”

As painful as losing March Madness is for the sports betting industry, it is not the apocalypse scenario. That scenario, of course, is if football — America’s most popular sport and by far its most popular to bet on — doesn’t resume in the fall as scheduled.

“The industry right now, as much as anyone is willing to commit to a plan, is acting as if the world is one where the N.F.L. continues,” Grove said.