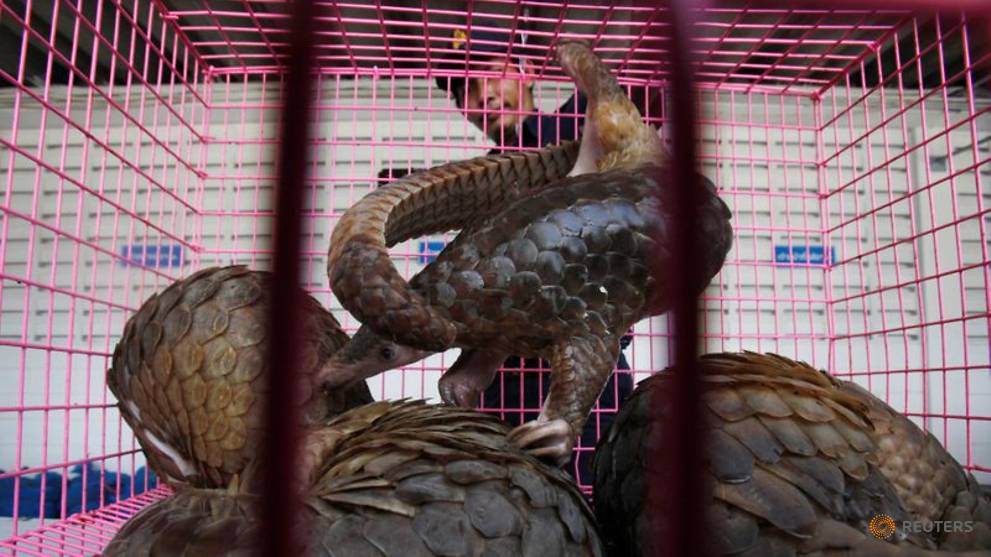 BANGKOK: The coronavirus pandemic has generated overwhelming support for the closure of markets selling illegal wildlife across Southeast Asia, an epicenter of the multi-billion-dollar trade, the World Wildlife Fund said in a public opinion poll on Monday (Apr 6).

About 93 per cent of about 5,000 people surveyed by WWF in March across three Southeast Asian nations as well as Hong Kong and Japan said unregulated markets selling wildlife should be shuttered to ward off future pandemics.

Scientists believe the virus that has upturned the lives of billions across the globe originated in a wildlife market, likely in the Chinese city of Wuhan, where bats, pangolins, and other animals known to transmit coronaviruses are crammed together in fetid conditions.

“This is no longer a wildlife problem. It is a global security and human health and economic problem,” Christy Williams, WWF’s Asia Pacific Director, said in a news conference, giving results of the survey.

Support for a crackdown on markets was strongest in Myanmar, where wildlife has for years been traded openly in the autonomous regions bordering China, while a third of respondents in Vietnam said the crisis had prompted them to stop consuming wildlife products.

“COVID is a wake-up call,” Grace Hwa, Illegal Wildlife Trade Programme Manager at WWF Myanmar, said in a statement. “The rampant unchecked trade in wildlife is a risk not only to health and the economy, but to the entire stability of the region.”

In the wake of the outbreak, which began in Wuhan and has since spanned the globe, China introduced a ban on all farming and consumption of live wildlife, but it does not cover the trade in animals as pets, and for traditional medicine.

Jeremy Douglas, Southeast Asia and Pacific representative for the UN office on drugs and crime, said some of the trade had been driven underground.

“I’m really concerned about the special regions,” he told Reuters by phone, referring to autonomous zones on the Myanmar-China border controlled by ethnic armed groups which have long been a hub for wildlife trafficking.

Two residents of Mong La, a border town known as a hotbed of smuggling, told Reuters by phone the markets remained open but wildlife shops were shut.

“It is because the car routes are closed so the trade route cannot be done,” said Ye Min Tun, a 29-year-old construction worker.